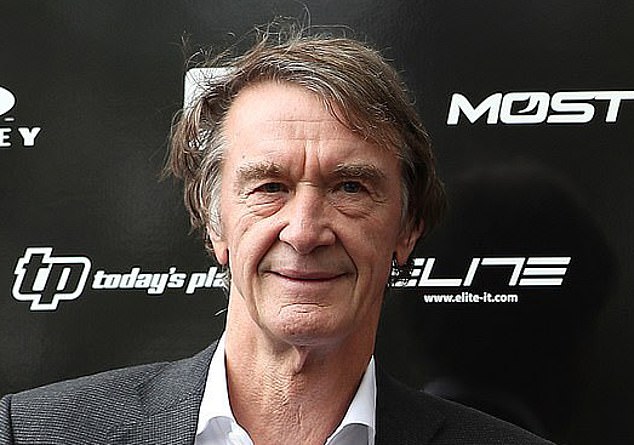 Industrialist Sir Jim Ratcliffe will hand the Government research showing Britain is sitting on 50 years’ worth of shale gas.

The billionaire founder of the chemicals group Ineos is lobbying to restart fracking and believes the untapped reserves could boost the country’s domestic energy supplies.

Ineos will submit survey data on shale gas to a fracking review that is reconsidering the case for new drilling projects.

The research shows parts of Britain are as rich in shale gas as the US, where fracking has helped insulate the country from surging global energy prices.

Sir Jim believes fracking has been scuppered by an ‘ignorant minority’ of opponents to the practice who have thwarted a UK energy revolution.

He told the Sunday Telegraph that politicians have ‘totally ignored’ the science and been swayed by public perceptions of the ‘so-called dangers’ of fracking.

But it has been blamed for earth tremors and the Government placed a moratorium on the practice in 2019 after research showed it was difficult to predict fracking-related earthquakes’ probability or magnitude.

Ineos had spent £250million on British fracking projects before the ban, funds Sir Jim said were ‘destroyed with the flick of a political switch’.

The tycoon believes the ban has left the country more exposed to the global energy crisis.

Business Secretary Kwasi Kwarteng admitted this month that Russia’s invasion of Ukraine has strengthened the case for fracking and asked the British Geological Survey for a report on fracking science.

It is thought Ineos will hand its data to the BGS alongside other fracking operators. A report on its findings is expected by the end of June.

Stephen Bowler, chief executive of fracking company iGas, said fracking was ‘a choice for the country’, adding: ‘The dispute here isn’t really about science,’ but about politics.