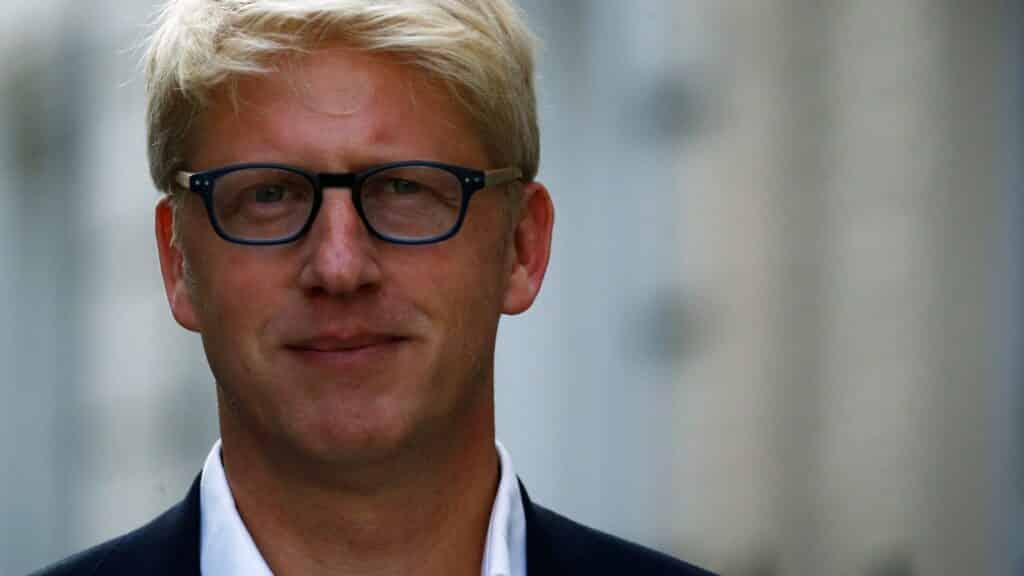 Jo Johnson joins Tech Nation’s Board of Directors bringing his extensive experience in the science & technology, education and creative industries, as well as from academia and government to the growth platform for tech companies and leaders

He is Chairman of education software and services group Tes Global and of Access Creative, the largest independent provider of training for the creative industries. He is a Senior Fellow at the Harvard Kennedy School and President’s Professorial Fellow at King’s College London.

Member of Parliament between 2010-2019, Jo held prominent positions in Government under three Prime Ministers, including Head of the No10 Downing Street Policy Unit and Minister of State, attending Cabinet, for Universities, Science & Innovation.

The announcement comes as Tech Nation works to deliver ambitious plans to unlock the growth potential of 1,000 scaling Digital leadership teams across the UK. In the economic fall-out of Covid-19, it has never been more important to accelerate the growth of the tech sector, and to ensure that the UK remains the best place in the world to scale a tech business. UK tech is already worth £186bn to the economy (2019), and was growing 6x faster than the rest of the economy pre-Covid, generating highly-paid and well-skilled jobs. Advertised roles in the sector have grown 36% since June, with over 90,000 jobs advertised a week in August.

Tech Nation has supported the leadership teams of 2,000 tech companies and 30% of all the 82 UK tech unicorns, including Monzo, Checkout.com, Skyscanner, Darktrace and Swoon. Over the past six years, Tech Nation has contributed more than £425m of Gross Value Add (GVA) to the UK economy.

Speaking about his appointment Jo Johnson said: The UK’s technology sector and the scaling tech businesses within it, are of vital importance to the health of the UK economy. With the significant levels of investment it attracts to the UK from all over the world, and the creation of numerous high-skilled jobs, our tech sector will play a strategically important role in helping our nation recover from the effects of Covid-19.
I am delighted to be joining the Board of Tech Nation – an organisation whose sole purpose is to support the growth of these ambitious technology companies, and in turn further bolster the UK tech sector and support the wider UK economy.

Stephen Kelly, Chair, Tech Nation, comments: “I’m pleased to welcome Jo Johnson onto the Tech Nation board. We have an ambitious mission ahead of us at a critical time for the UK – to unlock the growth potential of 1,000 scaling tech companies which will generate thousands of jobs and billions for the economy and regions. The UK’s tech scaleups are key to the productivity, exports and prosperity for the UK economy in the digital age.

“With Jo and the recent hires joining, we have built a truly diverse world-class board, with new members Anette Wilson, Eric Collins, Hussein Kanji, and Trecilla Lobo as we drive forward the support needed for the UK’s tech scaleups.”

Gerard Grech, Chief Executive, Tech Nation added his comments on the appointment saying: “As we continue our work in making the UK the best place in the world to scale a tech business, it’s crucial that we have the right board in place with the experience and know-how to deliver on our ambitious goals. I’m pleased to welcome Jo onto the Tech Nation board, who brings considerable and valuable experience across tech, the creative industries, academia and government.”

“Over the past six years, Tech Nation has engaged nearly 2,000 businesses, including 600 companies via our growth programmes for the UK’s most promising tech scaleups, adding £425m value to the UK economy, our new board directions will ensure we can continue to unlock the growth potential of the UK tech sector.”