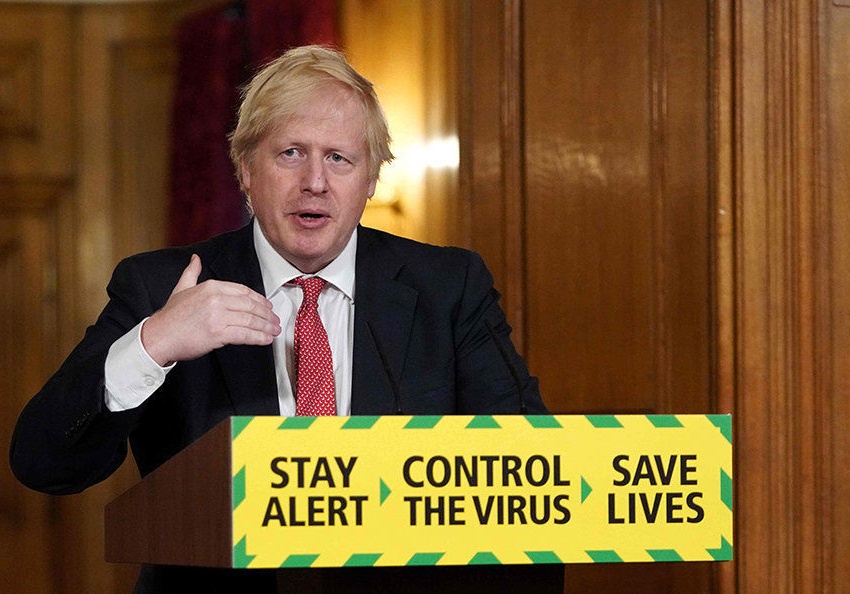 Boris Johnson has confirmed plans for a phased reopening of the retail industry and schools as government scientists warned of the need to keep coronavirus under control while lockdown restrictions are eased.

The prime minister also announced that from Monday groups of up to six people can meet outdoors in England, including in private gardens, but stressed the need to adhere to the 2-metre social-distancing rule.

Mr Johnson, speaking at a Downing Street press conference, said England was now ready to move to “step two” in the government’s plans to ease the lockdown introduced on March 23.

He confirmed that car showrooms and outdoor retail could start to reopen from Monday, with social-distancing measures in place. Non-essential shops are due to reopen from June 15.

Primary schools in England can start to reopen to more pupils from Monday, covering children in Reception, Year 1 and Year 6.

However, many schools are not expected to reopen due to opposition from local authorities and teaching unions, partly because of concerns about safety.

Mr Johnson said the latest easing of the lockdown was possible because all five of the government’s tests for lifting more restrictions had been met.

These include a requirement that the National Health Service can cope with any future virus outbreak.

“I cannot and will not throw away all the gains we’ve made together and so the changes we’re making are limited and cautious,” said Mr Johnson in his televised press conference.

Patrick Vallance, the government’s chief scientific adviser, warned the country was still in a “fragile state” in relation to the reproduction rate of the virus: the so-called R number.

The government is aiming to keep the R below 1, which should mean the virus will eventually peter out.

Sir Patrick said the average R was between 0.7 and 0.9, and that it was vital that caution was exercised by the public to keep it below 1.

Mr Johnson said the move to allow groups of six to meet outdoors was “a long-awaited and joyful moment” for many, and would allow people to see parents and grandparents for the first time since the lockdown was introduced.

People with serious health conditions will be asked to continue to shield themselves, but those aged over 70 will be able to take part in the social gatherings.

Chris Whitty, the government’s chief medical officer for England, said it would be “essential” for people to stay 2 metres apart in the gatherings, and to wash their hands.

“If you were to do something like a barbecue, remember that passing things from one person to another, if you haven’t washed your hands, you can pass the virus that way,” he added.