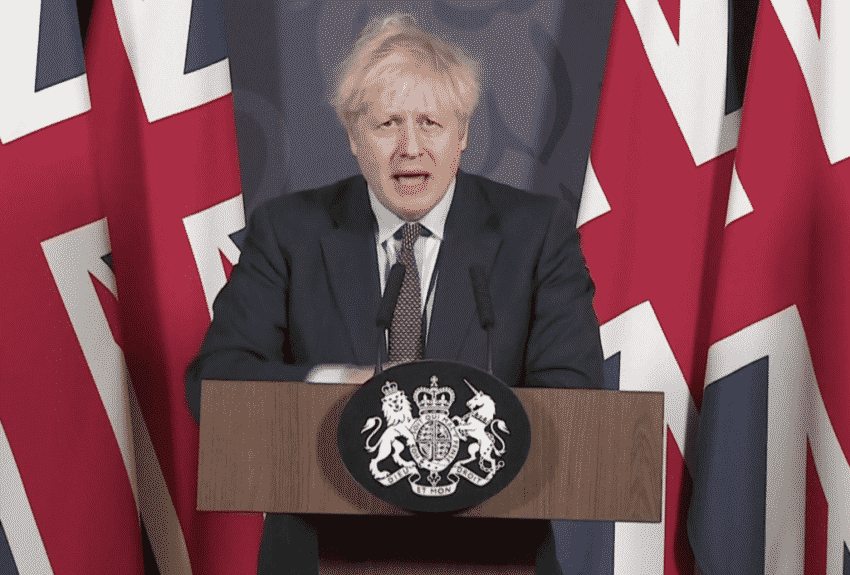 Britain and the European Union today struck a Brexit deal that will define the country’s relationship with our closest neighbours and largest trading partner for decades to come.

After 24 hours of last-minute haggling over fishing quotas, Boris Johnson tweeted a picture of himself smiling with both thumbs lifted in the air. “The dealis done,” he wrote.

The European commission president Ursula von der Leyen described the negotiations as a “long and winding road” but said the final deal was “fair and balanced”.

She added: “At the end of a successful negotiations journey, I normally feel joy. But today I only feel quiet satisfaction and — frankly speaking — relief.

“I know this is a difficult day for some. To our friends in the UK, I want to say: parting is such sweet sorrow. But to use a line from TS Eliot: what we call the beginning is often the end, and to make an end is to make a beginning.

“So to all the Europeans, I say: It is time to leave Brexit behind, our future is made in Europe.”

Michel Barnier, the EU’s chief negotiator, said: “The clock is no longer ticking.”

He added: “Today is a day of relief but tinged too by sadness. As we compare what came before with what lies ahead.

“The UK has chosen to leave the European Union and the single markets, to renounce the benefits and advantages enjoyed by member states, our agreement does not reproduce these rights and benefits, and therefore despite this agreement, there will be real changes in a few days from now.

“As of first of January, real changes for many citizens, and many businesses, and that is the result of Brexit. But we have also built a new partnership for the future around four pillars.”

The announcement comes exactly four and a half years after the European referendum result on June 24 2016 and just seven days before the transition period ends.

The deal was agreed in principle following a series of phone calls between Mr Johnson and Ms von der Leyen yesterday morning and early afternoon. However it was delayed for more than 24 hours as officials haggled over complications in allocating fishing quotas.

The agreement runs to over a thousand pages including hundreds of annexes and covers future arrangements for trade, security and fishing as well as future scientific co-operation and regulatory alignment.

British firms will continue to have tariff and quota free access to European markets beyond the end of the year. However ministers are still warning of additional delays at cross Channel ports as a result of new customs procedures on top of the existing Covid-19 disruption.

“Everything that the British public was promised during the 2016 referendum and in the general election last year is delivered by this deal,” said a Downing Street source. “The deal is fantastic news for families and businesses in every part of the UK.”

Parliament is now expected to be recalled immediately after Christmas to ratify the agreement in UK law ahead of December 31.

Tory Brexiteers said that they were preparing to convene a “star chamber” of legal experts to analyse the details of the agreement. However with a Tory majority of eighty and Labour expected to abstain or back the deal it is expected to pass easily.

The last minute nature of the negotiations means that the European Parliament will not get to vote on the deal in advance of December 31 and it will have to be provisionally applied after agreement by EU member states.

In a row that could flare up early next year, MEPs, national parliaments and regional assemblies such as Belgium’s Walloons will protest at the lack of scrutiny.

The delicately balanced compromise on fishing, non-regression from existing common standards and the absence of a role for the European Court of Justice will be presented as a victory for both sides.

Binding arbitration would introduce new tariffs or quotas if either side was found to be undercutting the other with subsidies or lowering standards.

The government will stress that the arbitration mechanism frees Britain from EU regulations and institutions such as the European Court of Justice.

The EU will emphasise that sanctions and tariffs will be introduced if the UK embraces the “Singapore-on-Thames model” of high subsidies and moves to lower standards to decrease costs for industry.

Speaking about the announcement, Jonathan Geldart, Director General of the Institute of Directors, said: “For business leaders, this Christmas gift is better late than never.

“A deal can draw a line under what has been a tumultuous few years for companies. It provides a stable basis for the future relationship with our biggest market, and directors are eager to sift through the detail to understand what may change. The devil will be in the detail, but at least they can now put the political prevarication behind them and start to prepare properly.

“The clock is still very much ticking for businesses. There is very little time for directors to prepare their organisations. Guidance on implementing the mammoth text is urgently needed across government. Digesting what the changes mean in practice and adapting, in the middle of a pandemic and the festive season while border disruptions continue, is a huge ask.

“Wherever possible, changes should be phased in. Financial support for SMEs, such as vouchers for professional advice or tax reliefs to help them adjust, would help firms get on the front foot for the new year.”

Responding to the agreement has been reached between the UK and EU on a post-Brexit trade deal, Bob Wigley, Executive Chair of UK Finance, commented: “Concluding these negotiations with an agreement brings much-needed certainty for businesses and paves the way for the beginning of a new relationship with the European Union. The banking industry remains focused on supporting customers and businesses impacted by the Covid-19 pandemic and the end of the transition period.

“Looking ahead, it will be important to build on the foundations of this trade deal by strengthening arrangements for future trade in financial services.

“This can be achieved by building on the longstanding regulatory dialogue and supervisory cooperation between UK and EU authorities and reaching agreements on all appropriate equivalence determinations as soon as possible.

“Consumers and businesses in both the EU and UK will benefit from maintaining open and integrated capital markets and facilitating the flow of cross-border financial services in the years ahead.”