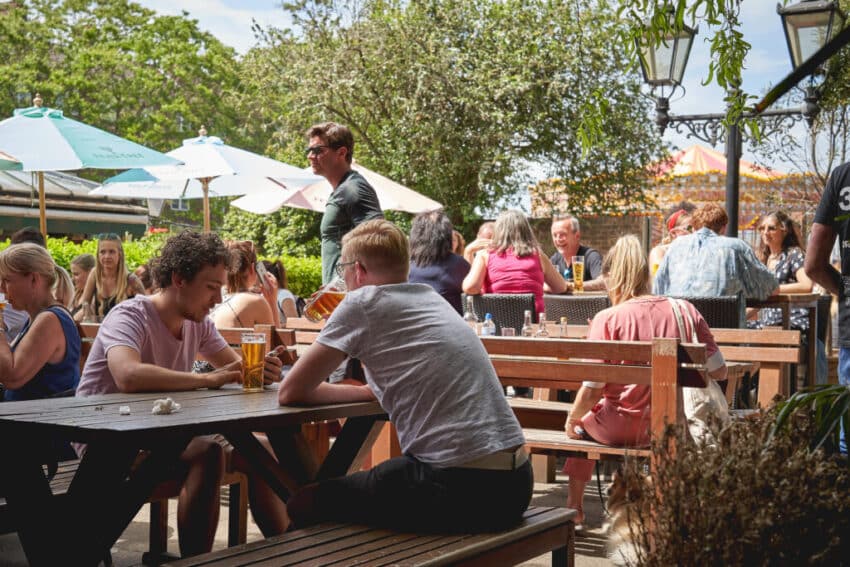 Britons are planning to “eat, drink and be merry” once lockdown lifts, with many pubs and restaurants already fully booked for several months.

Those keen to make up for lost time have inundated venues in England with bookings for tables in beer gardens for when they are scheduled to reopen on 12 April.

When the Birmingham restaurant, Craft, started to take bookings on 24 February just after the April easing was announced by the prime minister, 147 groups – 601 people – reserved seats within 20 minutes.

“It’s been an incredible response,” said Sam Morgan, chief executive of the We Are Craft Group. “We have a small amount of availability on Wednesday and Thursday afternoons but otherwise our outdoor private dining pods are pretty much booked up until July and the inside is fully booked from when we open in mid-May until July. We knew there would be a significant demand, however, it has definitely exceeded our expectations. It’s really reassuring.”

Boris Johnson revealed the plans last month to reopen the hospitality industry. From 12 April up to six people will be able to meet friends or family in beer gardens or to eat outside. Indoor seating is set to restart from 17 May, providing specific Covid-19 conditions are met. From 21 June, the government hopes to lift all restrictions.

One Eight Six in Manchester, a cocktail bar and lounge, is fully booked for 10 consecutive weekends “at least” from May, despite not advertising. “It’s been non-stop,” said owner Dean Mac. “The funny thing is that we’ve not really opened up yet. It’s all our local regulars, friends, and contacts [who have booked]. We’re leaving a couple of tables spare but we’re pretty much inundated. It’s pleasantly surprising how much people want to go back. People are desperate for normality. People are messaging saying they can’t wait to drink a new cocktail. They want to spend money.”

Kate Nicholls, chief executive of UKHospitality, said: “Feedback from our members is that bookings are very strong for the first few weeks of outdoor reopening in April. It is unsurprising, after the dreadful year we have had, that people are eager to socialise with friends and family again.”

One such person is Amanda*, 20, a public relations worker living in Northumberland, who has made 12 bookings for beer gardens with her friends across six nights from mid-April.

“I genuinely do think we will go to them all,” she said. “If anything we might not have booked enough, but because of my brother’s [pub] business I know it’s not fair to overbook. I don’t even usually go out midweek but I struggled to get bookings so half are midweek and I’m prepared to take holiday at work.”

Tom Canning, of The Hare and Hounds pub near Cambridge, said he’s feeling “bloody terrified” after being flooded with bookings.

“We’re looking like being booked up for at least the first three weeks. With the level of interest it’s looking like we might have to put time restrictions on tables. We haven’t officially announced that we are opening so it’s great we’ve a loyal following but the logistics are a nightmare.”

Despite the strong demand, many proprietors are concerned that the rush to make bookings could potentially lead to last-minute cancellations and no-shows.

“No-shows are a nuisance at the best of times but, with businesses still so fragile, their impacts would be hugely compounded,” said Nicholls. “It’s right that venues are able to implement measures to shield themselves from the potential hit. We hope that customers can be mindful of this when they book.”

Chef Daniel Smith, co-owner of the Michelin-starred The Fordwich Arms in Kent, also said he was concerned about potential no-shows. “They are detrimental in our industry. It’s the difference between making a profit or not. We’re quite lucky as we have a loyal customer base.” 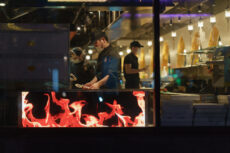