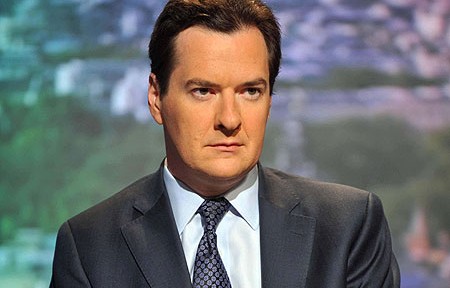 The call for stimulus is the first by a major business group and came as the BCC slashed its growth forecast this year from 0.6 per cent to just 0.1 per cent.

Weaker growth than expected meant the Chancellor would miss his deficit reduction target by a year anyway, it added.

David Kern, the BCC’s chief economist, said the Chancellor had secured Britain’s credibility and, as long as he stuck to the spending cuts, “he is now in the position to increase spending on growth-enhancing policies without endangering Britain’s AAA rating”.

“Alongside investment in infrastructure, policies that support job creation and enterprise, such as cutting National Insurance Contributions, or raising capital allowances are most likely to benefit the economy,” he said. “As long as the Chancellor remains committed to implementing the planned spending cuts, a fiscal stimulus totalling £5bn-6bn would be consistent with maintaining strong UK market credibility.”

The BCC joins a growing number of institutions arguing for targetted growth measures. Like the BCC, Barclays Capital has suggested raising capital allowances to encourage businesses to bring forward investment and the International Monetary Fund has said the Chancellor may have to prepare a Plan B if growth fails to pick up.

John Longworth, BCC director general, said: “Our new forecast underlines the need for bold action to deliver growth. If companies are to accept uncertainty as the new norm, then they must be met with a bold, enterprise-friendly government.

“Without [that], the economy will continue to bump along the bottom for longer than we’d all like.”

The BCC has predicted growth will be zero or “slightly negative” in the second quarter but will start to pick up in the following three months and recover to 1.9 per cent in 2013, an upward revision from its earlier 1.8pc forecast. Another 275,000 people will lose their jobs before unemployment hits its peak of 9pc next year, as “ongoing problems in Europe will persist for some time”.

Slow growth will mean “that meeting the deficit reduction target may take a year longer than” official forecasts. However, the BCC said the Bank of England should not do any more quantitative easing unless there was “a worsening of the situation in the eurozone”.

Charlie Bean, the Bank’s Deputy Governor, separately said yesterday that “we have the scope to do more [QE] … if things do take a turn for the worse”.