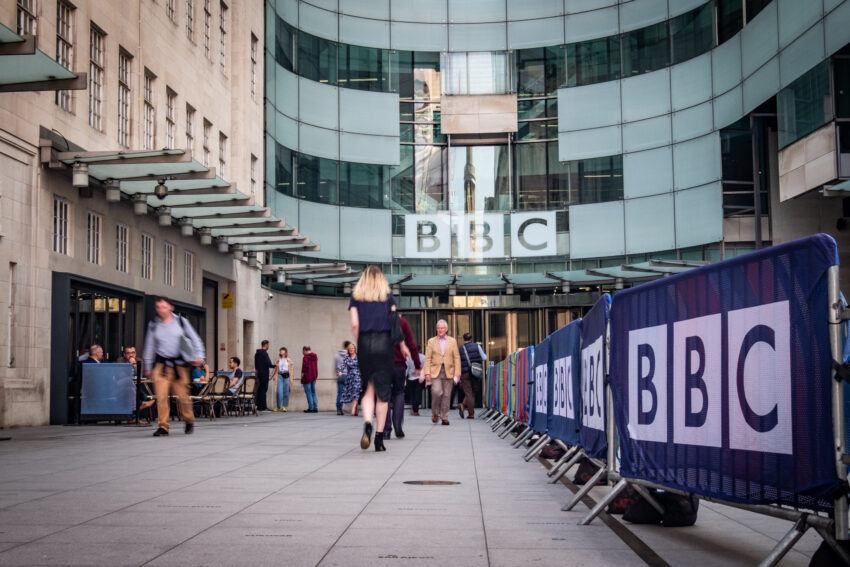 The BBC is to spend £50 million on research into what viewers are watching in an attempt to improve its programmes and other content.

It has put out for tender three market research contracts that will each run for four years. By far the biggest contract, worth more than £42 million, is for “continuous tracking” research, which is described as the “most complex and strategic”. The chosen provider will be required to study viewers’ behaviour, consumption and “perception”, including their experience of the broadcaster and their satisfaction.

The BBC has advertised the contracts online. They run from March 1 next year until 2027 and companies may apply for more than one.

A second pot of £6.5 million will be set aside for “bespoke research” on “harder to reach, niche and diverse audiences”. The final £1.3 million programme is for research on children and education, seeking insight into “how children discover our content, how children find and consume media and who is influential in helping them choose”, the tender document, revealed by Daily Star Sunday, says.

Critics called the tenders a waste of licence-fee payers’ money and accused the corporation of going on a spending spree during a cost-of-living crisis.

Joe Ventre, of the TaxPayers’ Alliance, said: “ Taxpayers are sick of seeing their hard-earned money bankroll big BBC projects. In the midst of a cost-of-living crisis, households are bound to feel the sting of the £159 licence fee. It’s time for ministers to be bold and commit to axing the TV tax for good.”

Last month ministers signalled the death of the licence fee after committing themselves to overhaul the BBC’s hundred-year-old funding model. The government said it would set out a timetable for a review of the licence fee over the coming months, during which alternatives would be considered.

A 42-page white paper said that there were “clear challenges on the horizon to the sustainability of the licence fee”, not least the streaming revolution, which has resulted in fewer people choosing to pay for BBC services.

Ministers warned that unless action was taken to overhaul the funding mechanism, the growing number of people who refused to pay the fee could “significantly” push up the £159 levy. Criminal sanctions for non-payment were “disproportionate and unfair”, the paper stated, suggesting that any new model would abandon this threat. The BBC’s royal charter expires in 2027.

The tender for audience research comes as the BBC faces an exodus of senior talent to rival broadcasters. The breakfast television anchor Dan Walker is the latest in a string of presenters to head for the exit. He has signed a deal to become the face of Channel 5 news.

The corporation has also been hit by a wave of resignations among executives from diverse backgrounds.

Miranda Wayland, the de facto deputy head of diversity, left after five years at the broadcaster. She worked closely with June Sarpong, the part-time director of diversity.

Jackie Christie, who led work on race matters in the human resources team, has also left after a decade. Debbie Ramsay, the most senior black news executive, left for Channel 4. Rozina Breen, the BBC’s northern head, announced last month that she was joining the Bureau of Investigative Journalism as chief executive.

Commenting on the tender for audience research, a BBC spokesman said: “Audiences are at the heart of everything we do and our charter requires us to assess their views and interests, so everyone gets best value from the BBC. Over 95 per cent of our spending goes on content and its delivery.”