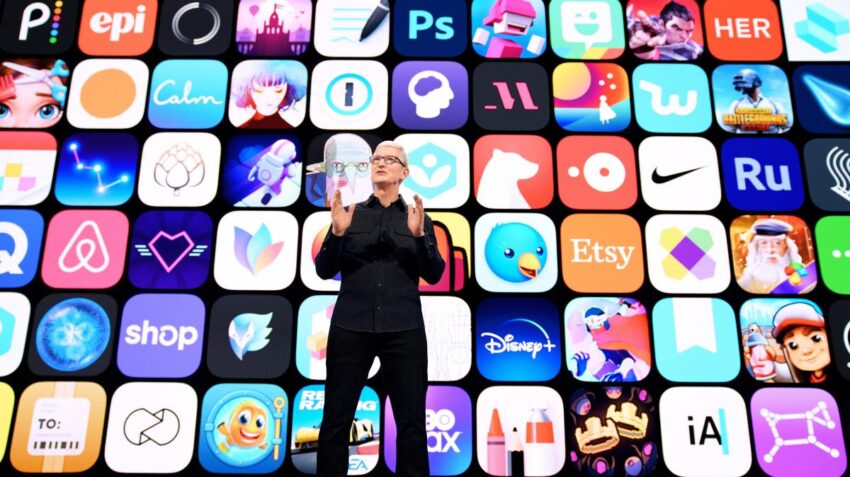 Apple is preparing to loosen payment rules on its App Store for some subscription media platforms, such as Netflix and Spotify, as it grapples with a multitude of legal challenges.

The technology group, facing questions over its power and dominance within the digital economy, will permit the developers of certain apps to include direct links to their websites. The change, due to come into effect in the new year, will enable companies to bypass Apple’s fees when signing up subscribers to their services.

Apple, based in Cupertino, California, is one of the world’s most valuable companies, with a market capitalisation of $2.5 trillion. It makes iPhones, iPad tablets and Mac computers and allows users to download apps for these devices from its App Store.

The marketplace, which has two million apps, is central to Apple’s lucrative services business, which generated sales of $17.5 billion during the latest quarter. The company has charged commission of up to 30 per cent on in-app purchases, infuriating some developers.

Its latest concession is part of a settlement with the Japanese Fair Trade Commission, ending a five-year investigation, but it will apply worldwide. So-called “reader” apps, which offer content such as video and music for payment, will be able to include a single link to their websites for users to set up and manage accounts.

Phil Schiller, 61, the veteran Apple executive who oversees the App Store, said: “Trust on the App Store is everything to us. The focus of the App Store is always to create a safe and secure experience for users, while helping them find and use great apps on the devices they love.”

Spotify, in the midst of its own European legal challenge of moves by Apple in the music streaming industry, was among those urging it to go further. “A limited anti-steering fix does not solve all our issues,” the company said in a statement. Netflix did not immediately respond to a request for comment.

Games developers are not affected by the change. Epic Games began a lawsuit after Apple removed its immensely popular Fortnite game from the App Store when Epic enabled players to bypass Apple’s payment system.

“Apple’s special deal for ‘reader apps’ like Amazon video, Netflix and Kindle just got more special,” Tim Sweeney, 50, Epic’s chief executive, tweeted. It was “hard to discern” Apple’s rationale for not also changing the rules for gaming apps, he added.

The company is giving some ground. Last week Apple loosened marketing restrictions that in effect banned developers from emailing customers with alternative payment options. On Tuesday South Korea became the first leading economy to ban large app stores from forcing developers to use their payment systems.