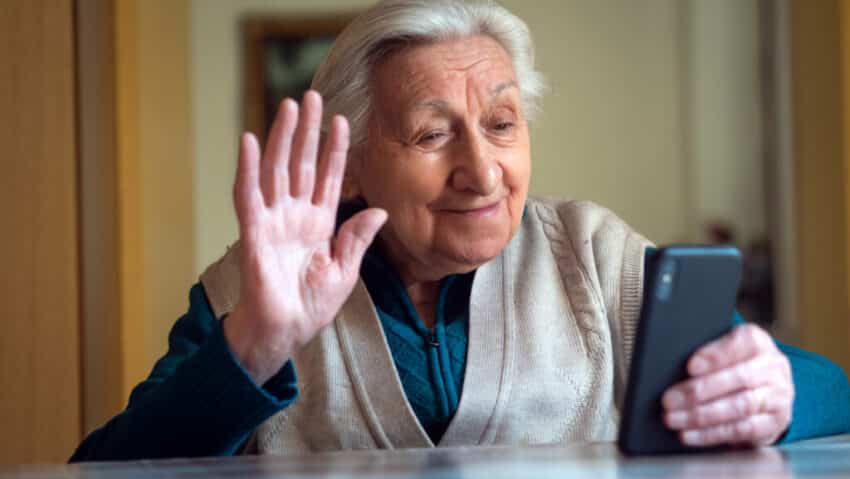 Apple is taking on the likes of Zoom and Google with new changes to its FaceTime video-calling app, as it tries to gain a slice of the booming video conference call market.

At its annual developers’ conference last night, Apple announced that FaceTime would be available on the web so that users could join calls from Android devices and Windows PCs. Apple’s video-calling service previously had been available only on iPhones, Macs and its other company devices, making it impossible to carry out video calls with friends and colleagues who do not use Apple products.

The move is one that Steve Jobs, the late Apple co-founder, had hoped would be possible when he first introduced FaceTime a decade ago, saying at the time that it would be part of an open industry standard. FaceTime users will now also be able to schedule calls with multiple attenders and share a link in advance, as they can on other video conferencing apps such as Zoom or Google Meet, as well as blur their background during a call and use a voice isolation feature to improve sound quality.

“The ability for Apple owners to invite Android and PC customers to FaceTime calls via a browser is an acknowledgement that the pandemic has sparked explosive growth in group video calling,” Ben Wood, chief analyst at CSS Insight, a market research firm, said. “Apple risked being left behind services such as [Microsoft] Teams and Zoom.

“However, browser-based access may not be enough to drive significant adoption. Apple has decided to balance the need for greater competitiveness with its own ecosystem motivations.”

FaceTime now comes with a new feature called SharePlay that allows the user to share a video, song, television show or video game with others on a group call.

Apple also tightened its privacy features as it continues to try to be seen as the most privacy-friendly technology company. Both iPhone and iPad users will be able see when and how many times individual apps have requested access to features such as their camera, microphone, location and phone book, as well as which third parties the app has tried passing this information on to in the past seven days.

The move comes as part of Apple’s war on ad-tracking, with the company recently requiring all apps on its devices to ask the user for permission before it can track them across other apps and its internet browser. Most users have been saying no.

“Apple continues to double down on privacy,” Thomas Husson, an analyst at Forrester, said. “In this area, no doubt Apple is leading the pack and setting the tone for the rest of the industry.”

Apple also announced that its inbuilt email app — Mail — will hide the IP address of the device the email is accessed on, meaning that marketers cannot know where the recipient is located or link their emails to other online activity.

Apple will also hide from senders if the recipient has opened and read the email, in what may come as a blow to newsletter writers, who use this as a key metric for how well they are doing.

In its Safari web browser, Apple also announced it will introduce a feature called Private Relay, which will encrypt traffic leaving a user’s device and help hide who you are and the websites you’re visiting.