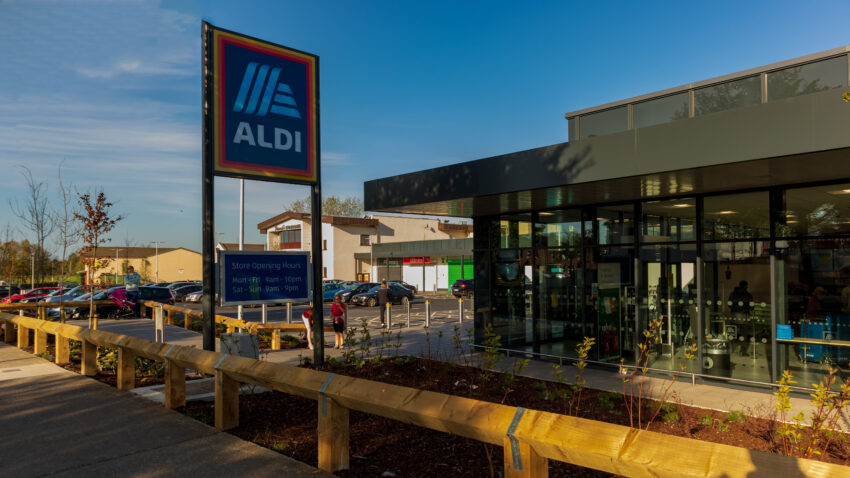 The £1.3 billion investment also will expand the discounter’s network of distribution centres, including a new 1.3 million sq ft warehouse in Leicestershire, as well as launching a trial store in Greenwich, south London, with no checkout. Instead of having items scanned at the till, customers will have purchases verified and totted up using cameras, sensors and artificial intelligence.

The investment push was announced with annual results for 2020 showing record turnover of £13.5 billion in the UK and the Republic of Ireland, up by 10.2 per cent. However, operating profit fell by 1.2 per cent to £287.7 million and pre-tax profit was down by 2.5 per cent to £264.8 million. Aldi said that its profits had been dampened by its “continued investment in price — cuts totalled £238 million last year — and the cost of responding to the pandemic”, but it “put people before profits and focused on feeding the nation”.

According to The Grocer magazine, a basket of 33 everyday items showed that the Big Four of Tesco, Sainsbury’s, Asda and Morrisons were, on average, 23 per cent more expensive than Aldi.

The discounter said that the number of customers had risen by 1 per cent to 17.8 million and that more than 60 per cent of households had used the retailer in the past year.

Giles Hurley, Aldi UK’s chief executive, said that 2020 had been “an extremely challenging year”, but his colleagues had “stepped up when it mattered most . . . despite some of the most difficult conditions our sector has ever seen”. He said that as well as delivering record sales, Aldi had continued to invest for growth, deploying more than £600 million in stores and distribution centres.

“While the cost of responding to the pandemic dampened profits, our decision to return business rate relief was the right thing to do,” he said.

Hurley, 46, said that the chain was strongly placed on product availability for Christmas, despite supply chain disruption, because it sold fewer products than its bigger rivals. “I’d always come back to the fact we have a more refined range than our competitors,” he said. “We simply have less products to control, to supervise, to manage and I think that just gives us that unique competitive advantage.”

He said it was not possible for any operators to rule out inflation over the festive period, but added: “What I am able to guarantee is that customers will always get the lowest prices in Aldi, irrespective of what the future holds.”

The Aldi boss said that the group had improved pay for its HGV drivers amid the sector’s shortage, while commodity prices for its suppliers also had gone up. He insisted that thus far the supermarket and its suppliers had been immune to fuel supply problems.