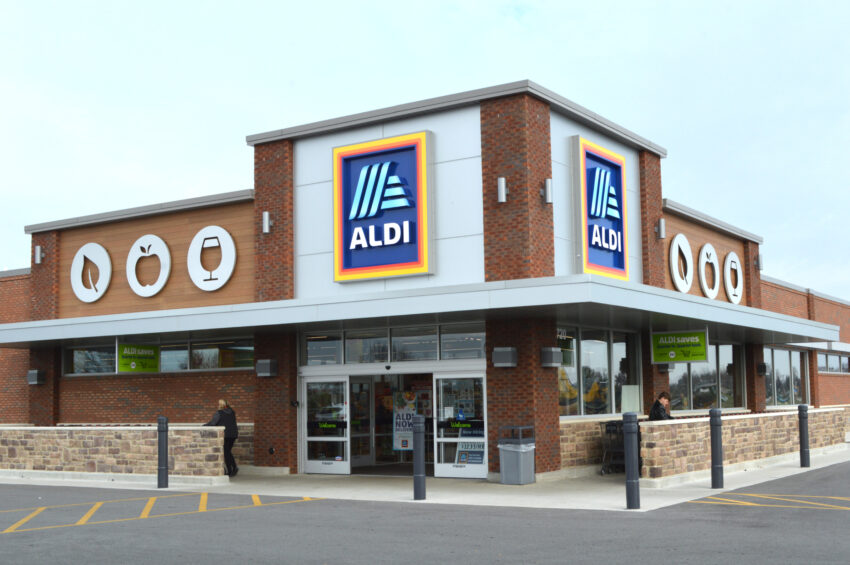 Aldi said it would also use the cash to expand its distribution centres, including a new 1.3m sq ft warehouse in Leicestershire, and trial a new checkout-free store in Greenwich in London, where it will use cameras, sensors and artificial intelligence to scan items and charge shoppers.

It is part of the German discounter’s efforts to bolster its profile in the UK, where it is the fifth largest supermarket, employing about 38,000 staff across its 920 grocery stores.

The investment plans were announced alongside Aldi’s annual results, which showed a 10.2% rise in sales in UK and Ireland to £13.5bn in the year to December, up from £12.3bn a year earlier. However, Aldi said profits, which fell 2.5% to £264.8m, had been dampened by the cost of responding to the Covid-19 pandemic and keeping down food prices.

The grocer said it had repaid the full amount it received in business rate relief, following in the footsteps of rivals such as Tesco, Morrisons and Sainsbury’s, which also promised to return the state emergency aid offered during the Covid-19 crisis.

Aldi did not disclose how much it had repaid, but previously said that it would return more than £100m to the UK government and devolved administrations.

“While the cost of responding to the pandemic dampened profits, our decision to return business rate relief was the right thing to do”, said Giles Hurley, the chief executive of Aldi UK and Ireland.