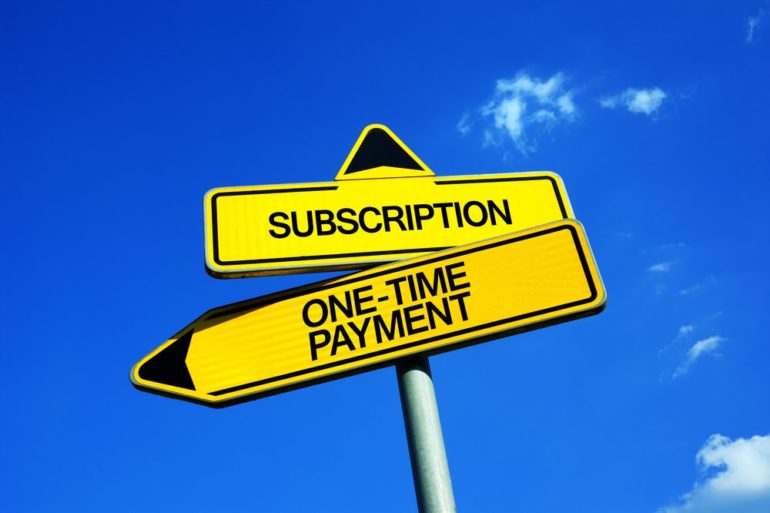 A new study shows an estimated 58 million Brits now subscribe to services – 89 per cent of the British adult population.

The research reveals that nine in 10 Brits choose to subscribe to their favourite stores, brands and services instead of purchasing them on a ‘one-off’ basis, demonstrating an 11 per cent uplift from the previous year’s results.

The uptick in adoption has driven the UK adult population to spend on average £56 per month on subscription services, with 35 – 54-year-olds spending the most at £62 every month. Last year’s report found that the average UK adult spends approximately £18.49 per month on subscription services seeing the average monthly spend effectively triple in the past year.

The rise in subscriptions can be attributed to an increase in the number of businesses across nearly all industries offering recurring services. Subscription businesses are said to grow revenue nearly nine times faster than the S&P 500.

Subscriptions have moved beyond just media and entertainment consumption and have expanded to include grocery shopping services, attracting nearly 2 million consumers, in-car apps counting 650,000 subscribers in the UK, and beauty and grooming subscriptions like men’s shaving subscription service, Harry’s, with over 1.3 million British monthly subscribers. Dramatic growth of online data storage services like Google Drive and Dropbox with 7 million UK consumers. The healthcare sector is also experiencing the same shift with 12 per cent of British adults choosing to pay monthly for prescriptions and private healthcare services.

What’s more, this trend is set to continue along its growth trajectory as an estimated quarter of UK adults predict that they will be subscribing to more services over the next five years.

“Nearly all of the British population is part of the Subscription Economy. From heating to healthcare, Zuora’s new study proves that the subscription-business model has gone mainstream and consumers have bought into recurring payments,” said Zuora’s VP EMEA, John Phillips. “The only way businesses can sustainably maintain relationships with consumers and grow is by moving away from their product-centric mentality and creating long-term brand affinity based around flexible subscription-based services.”