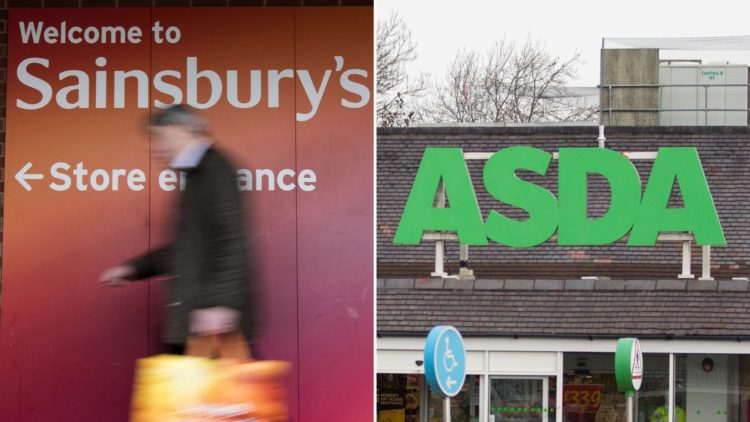 Sainsbury and Asda, the second and third ranked food retailers in country, are in advanced talks about a shock tie-up that would create ‎a more powerful rival to Tesco, the UK market leader.

Sky News have revealed that the two companies are in negotiations about combining Wal-Mart’s Asda business with Sainsbury’s, in a deal that would send shockwaves through the entire British retail industry.

Sky’s Sources have said that an announcement could be made as early as Monday, or even sooner if the two sides are forced to accelerate their public disclosures.

Whilst it is unclear about how a deal would be structured, including whether Wal-Mart would reverse Asda into Sainsbury’s while taking a big stake in the combined group.

The proposals would also need to secure approval from the Competition and Markets Authority.

One proponent of the tie-up suggested that the CMA’s decision to wave through Tesco’s recent £3.7bn takeover of Booker, the wholesaler, had ‎given a green light for others to explore indsustry-reshaping mergers.

The CMA is likely to look at store conflicts on a localised basis, according to one insider.

Britain’s traditional retail industry is under enormous pressure from the prolific growth of online rivals which are not saddled by the fixed costs of bricks and mortar‎ players.

Asda and Sainsbury’s have also faced a big challenge from the emergence of the German discounters Aldi and Lidl, ‎which have begun to build a big presence in the UK.

A tie-up would give the two British chains even greater buying power but would inevitably lead to greater scrutiny from regulators such as the Groceries Code Adjudicator, which was set up to protect small suppliers.

One source close to Wal-Mart said the merger would allow the two companies to invest in providing more products at lower prices.

A deal would be likely to require the blessing of the Qatar Investment Authority, which holds a 25 per cent stake in Sainsbury’s having bought into the chain more than a decade ago.

If concluded, a deal‎ would be the most significant in the UK’s food retailing sector since Wm Morrison bought Safeway to give it a UK-wide presence in 2004.

Mike Coupe, the Sainsbury’s chief executive, is said to have been one of the driving forces behind the proposed merger.