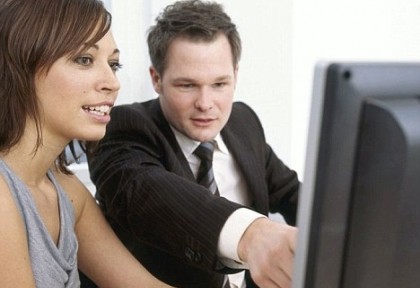 OfficeMetrics, the productivity enhancement expert, who has been working on this research over the past nine months suggests that the statistics show a vast divergence between the attitudes of male and female workers in light of the recession.

As job security continues to be a concern, many employees are striving to avoid redundancy, never mind to earn promotion.  As a result, staff members are seeking methods of proving their dedication and value to their employers such as spending longer hours in the office.  However, does longer in the office always equate greater output?  The latest research from OfficeMetrics can reveal that in July this year, UK workers were spending on average 15 minutes longer at their desks than they were nine months ago.  However, the amount of time spent on work based activities had reduced by three per cent.

Jon Mulligan, MD of OfficeMetrics, commented that, “Managers need a clearer indication of how employees are spending their time at work.  Our research has shown that assessing time in the office to judge employees can be extremely misleading and many of those who seem to be spending longer at work are in fact spending more time on personal browsing and social networking sites.  Spending longer in the office is only beneficial to the company if that time is being spent productively towards common businesses goals.  Therefore, employees and managers need to understand how time is spent rather than clock watching.”

Since the economic downturn took hold, statistics show that women have been striving to superficially demonstrate their commitment at work more so than men in an attempt to ensure job security.  Key findings from the research are:

“By looking at the statistics, it would be easy to come to the conclusion that women are not working as hard as men, however, we mustn’t forget that individuals have varying working styles.  Women may be spending less time on work activities but producing better results and therefore managers must take multiple factors in to account when they are assessing employee performance.” continued Mulligan. “By using productivity enhancement software, workers and manages can track how they are spending their working day to ensure that they are making the most of their time depending on individual needs.  Employers must also consider results and outcome as an indication of performance as well as time spent on individual tasks, not just time spent in the office.”