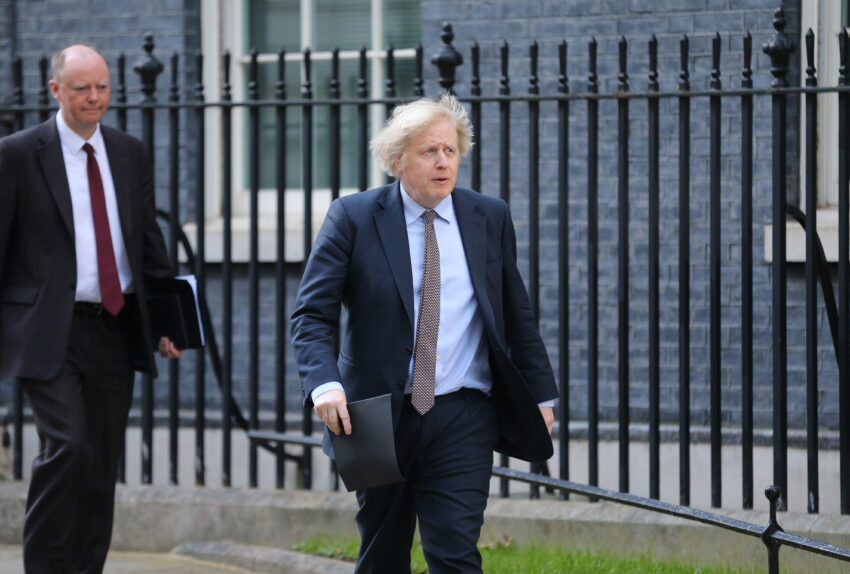 Vaccine passports for nightclubs, music venues, festivals, business conferences and football stadiums will be introduced with only a week’s notice under contingency plans to deal with a surge in coronavirus infections, the government has said.

Ministers have published their autumn and winter plan detailing the steps they will take to prevent the NHS from being “overwhelmed”.

The government believes that the vaccination programme will allow it to control the spread of the virus with “less damaging measures”. Its “plan B” includes vaccine passports, compulsory face coverings and “urgently” communicating the additional risk to the public.

It appears to have shelved the reintroduction of working from home as a contingency plan over concerns about the “greater immediate costs to the economy”. It has concluded that a national lockdown will be introduced only as a last resort.

There will be a limited number of exemptions for churches and other religious settings, wedding ceremonies, funerals, protests and “mass participation” sporting events such as marathons.

The government says it will give businesses as little as one week’s notice before introducing vaccine passports, arguing that it needs to be able to respond at short notice to increases in infections.

Ministers argue that vaccine passports will allow venues to remain open that would otherwise have been forced to close and that there is “good evidence” that they will reduce transmission.

However, Tory MPs are likely to be strongly opposed to the plans, which they argue infringe on people’s civil liberties and risk creating a “two-tier society”.

Mandatory face coverings were scrapped as part of the final easing of lockdown restrictions in July. But the winter plan makes clear that reintroducing the legal requirement for masks in public indoor spaces and on public transport is one of the first lines of defence against a third wave.

The report cites evidence from the Scientific Advisory Group for Emergencies (Sage) suggesting that the widespread application of face coverings is likely to have had “a small but significant impact on transmission” of the virus. They add it is likely to be “most effective” in reducing transmission indoors where other measures, such as social distancing and ventilation, are not feasible or adequate.

At this stage the government is not specifying whether masks would be compulsory in all the same settings in the last lockdown. The precise settings, they say, will be decided at the time.

In the event of a surge in infections the government will “urgently” increase communications with the public. The government’s autumn and winter plan says that despite the easing of restrictions the majority of people still adhere to guidance such as regular hand-washing. Daily contacts have not increased rapidly since the rules were relaxed in July.

“In a plan B scenario, the government would issue clear guidance and communications to the public and businesses, setting out the steps they should take to manage the increased risks of the virus,” the plan says.

The government has shelved plans to reintroduce working from home as a contingency measure, despite government advisers having said that it is one of the “most effective measures available at reducing contacts”.

The autumn and winter plan says that the government “recognises this causes more disruption and has greater immediate costs to the economy” than other interventions under plan B. A final decision, it says, will be “based on the data at the time”.

The document says that although Sage believes working from home has a “strong impact” on transmission because it reduces social interactions, it has divided businesses.

While some say that productivity has increased because of reduced overheads and a happier workforce, others believe that it hampers the exchange of ideas, stifles creativity and hinders collaboration. “These businesses argue that over time a reduction in these activities will likely pose challenges to the productivity of their workforces.”

The document makes clear that Downing Street sees another national lockdown very much as a “last resort”. Boris Johnson is said to be strongly opposed to it.

However, scientists are concerned about new variants that evade the protection of present vaccines, and ministers are reluctant to rule it out altogether.

The document says that the government expects the contingency measures to be “sufficient to reverse a resurgence in autumn or winter”, but it adds: “The nature of the virus means it is not possible to give guarantees.”

It makes clear that, as was the case last winter, taking “whatever action is necessary to protect the NHS from being overwhelmed” is the government’s key priority. However, it says that “more harmful economic and social restrictions would only be considered as a last resort”.

The powers taken by ministers to combat Covid-19 have long been a source of angst among Tory MPs and a large number of them will now be dropped from the statute book — at least for now.

However, laws requiring anyone who has tested positive for Covid-19, along with their unvaccinated contacts, to quarantine will remain. So too will powers to impose testing and quarantine requirements on arrivals in England.

Interestingly, the government also uses the document to announce that the £20 a week universal credit uplift will be allowed to expire.

However, the Public Health (Control of Disease) Act 1984 still gives emergency powers to the government “to be used in pandemics if they present significant harm to human health”. This was used as the legal basis for the first national restrictions in England and will remain on the statute book.

Responding to the Plan, Tania Bowers, Legal Counsel and Head of Public Policy at the Association of Professional Staffing Companies (APSCo) said: “Although it is understandable that the trajectory of the pandemic remains a relative ‘unknown’, as our second Covid winter approaches the lack of clarity around many aspects of the guidance is only exacerbating the uncertainty that many employers and individuals across the UK still face. Recruiters are being asked by some clients, particularly those with US head offices, to only supply contractors and candidates who can prove double vaccination. This, coupled with the lack of clarity from Government about mandatory vaccination in sectors such as healthcare, creates uncertainty and discrimination risks for recruiters. Although we appreciate the need to be flexible on policy the introduction of a Plan A and Plan B may hinder the progress that many firms have made as the economy recovers from the events of the last 18 months, as policies such as vaccine certificates could be introduced urgently.

“The preparations of a ‘Plan B’ which could see stricter restrictions imposed at short notice is understandable given the constantly shifting nature of the virus, however the high level of speculation creates uncertainty for businesses. There is also no clarity around the furlough scheme being reintroduced should emergency measures be put back into place.

“Government policy can have unintended effects on the economy – labour shortages arising from the “pingdemic”, for example – and we are seeing skills and labour shortages across all of our members’ sectors, something neither the Government, nor our industry would have expected this time last year. The Government must balance the implementation of the plans with the need to provide clear guidance to boost business confidence and to support workers filling job vacancies.

“APSCo will continue to lobby on behalf of the professional recruitment sector to ensure that our members are best equipped to handle what lies ahead over the coming months.”