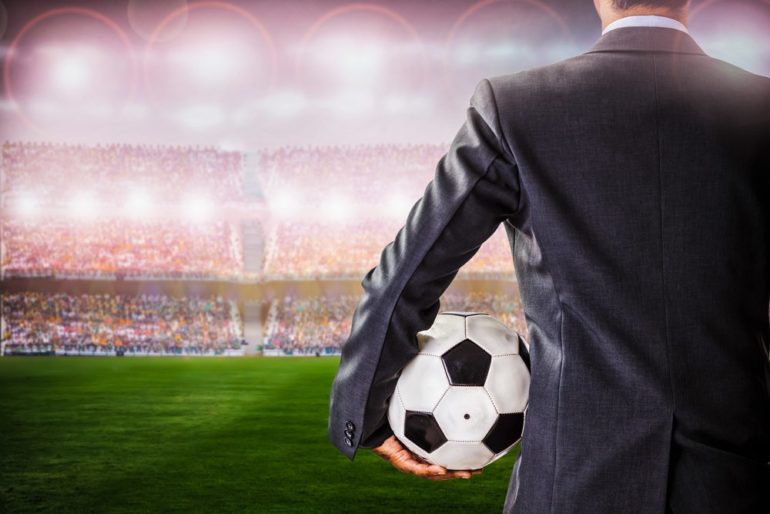 Unless you have been living under a rock for the past several years, then I’m sure you will have come across esports by now.

The wildly successful entertainment sport that it is today, esports are watched by hundreds of millions of people around the world, stadiums hosting esports events are sold out within minutes and esports athletes are able to win seven figure sums from tournaments. Because of the popularity of esports, like many popular mainstream sports, it has become a business investment for some of the largest companies across the globe. But why should businesses with no clear affiliations with computer gaming care about esports? Well, for various reasons. By the year 2020, total esports revenue is predicted to reach $1.5 billion with a viewing audience of 385 million. That’s a worldwide audience, by the way, primarily made up of millennials – a notoriously difficult demographic for companies to market to. So, it is no wonder that big brands are gravitating towards esports. From both a financial and marketing perspective, an investment into esports is a big tick in the box for most businesses.

In 2015, it was reported that Russian billionaire Alisher Usmanov had invested $100 million into the Russian esports team Virtus Pro (VP). Since then, VP have gained lots of popularity – they’re easily the most well-known team in Russia and possibly Europe. VP have a variety of esports teams, made up of athletes from a variety of different countries, playing a variety of different games. And VP General Manager, Roman Dvoryankin, sees investment as a good thing for esports because of the sponsorship money and publicity that it receives.

“The press reported 22 months ago about a $100 million investment by one of the guys who is in the top 3 of the Forbes rankings in Russia, [Alisher] Usmanov” says Roman.

“But he’s not the only one, many middle sized businesses’ and investment bankers are looking into esports and trying to set up their own teams. These guys are investing in amateur teams and then they’re selling the squads for good money, so it’s moving ahead.

“That $100 million investment opened many people’s eyes. It was so widely reported on. You see the sponsorship, so companies and internet service providers are coming in and the big sponsors are coming in so you will soon see big sponsorship announcements for VP and other esports teams. There are Russian companies who see the potential of esports. The viewing audience is getting bigger, so there is money to be made.”

Clearly, monetary investment is driving the popularity and growth of esports in a positive direction. Big businesses, banks and sponsors are jumping onto the back of esports and it is paying off for them. But esports are popular all around the world, in Asia and America the fan base is massive and Russia do not want to fall behind.

Asia – where it all started

The largest esports audience demographic can be found in Asia. Esports has been popular in Asian countries such as South Korea and China for well over a decade now. Video gaming in South Korea is considered to be a major social activity. Esports tournaments in South Korea have large, real money prize pools available to the successful competitors and are often broadcast on television screens to an audience of millions. Esports were first established in South Korea – a number of the best players and coaches have been trained in or have originated from the country. Video gaming, both professional and non-professional is considered a national pastime in South Korea. Competitive video gaming has become so popular in the country that there have been numerous cases of children and young adults developing depression, anger issues and insomnia. In 2011, the government established the ‘shutdown law’ which prevents anyone under the age of 16 from playing games online between the hours of 10pm and 6am due to a surge in video gaming addiction. Although many have been able to find a way round this. Fortunately for South Korean investors, the Cinderella Law has not halted the adoration that the South Korean’s have for competitive video gaming.

South Korean tech giants Samsung are at the forefront of the esports scene. Samsung have been major the sponsors of a variety of esports tournaments and events. It is in part thanks to sponsors such as Samsung that esports prize pools have become so large. The tech giants have recently created their own esports team – ‘Samsung Galaxy’. Big brands throughout the world are accustomed to having television exposure and Samsung get this from esports events thanks to South Korean television channels which are dedicated to broadcasting esports. The country have even built their own stadiums which were constructed specifically to host esports tournaments and events. Esports are as big in South Korea as football is in Europe.

But South Korean companies are not the only Asian businesses to invest in sports. Last month, Chinese company Tencent were reported to have created a five-year plan where they plan to invest a total of $15 billion into the Chinese esports market. The internet giant already owns the developer (Riot Games) of arguably the most popular esport game – League of Legends. But the companies man in charge of esports development, Gao Li, has stated that there is still room for the company’s esports revenue to grow – hence the investment. Earlier this year, Tencent announced a $21.9 billion annual revenue for 2016, its highest growth since 2012. Alibaba group, the Chinese e-commerce company have also made headlines where esports are concerned. It’s esports dedicated off-shoot – Alisports – recently partnered with the Olympic Council of Asia in order to ensure that esports becomes a medal event at the 2022 Asian Games. Don’t be surprised if, sometime in the near future, esports becomes an Olympic event, also.

There is a reason for so much Chinese investment. The global esports market is expected to rise above $1 billion within the next few years whilst it is set to reach a global audience of 385 million. Gaming companies involved within esports are witnessing their profits rise year upon year. And this is no surprise. Approximately one third of esports enthusiasts hail from China, so it is easy to see why there is a great deal of investment from Chinese companies. Thanks to the investments made by Chinese companies Western companies involved within esports have been persuaded to expand their fields of operations further east. London based esports organization Fnatic, has partnered with Chinese esports agency B.O.O.T. so that they can expand into the Asian market. If money continues to be invested into South Korean and Chinese esports markets, then don’t be surprised if other western esports organization also decide to expand towards the east.

Stories of Korean arenas packed with fans have become a reality in the USA. Not to be outdone, the USA boasts some of the best esports players in the world as well as some of the biggest esports organizations in the world. They have their own built for purpose esports arenas and are host country to the biggest esports tournaments in the world. As it turns out, North America is the largest esports market with revenues of $257 million in 2017. Most of this revenue comes from sponsorships via American companies. This is partly due to the fact that the region has hosted some of the world’s largest tournaments; tournaments which have attracted lots of viewers, hence why US companies such as American Express have become sponsors at US esports events. US compnaies have longed to tap into the millennial demographic – the vast majority of esports watchers are millennials -so it is a great opportunity for them to do so. American esports enthusiasts also generate twice as much revenue per year than any other region.

A few years ago, American Express announced a League of Legends credit card which allowed gamers to collect riot points – an in-game League of Legends currency – with every use. Mega corporation’s see the dollar signs in front of their eyes when they hear the word ‘esports’ mentioned. Also, Twitch, the primary platform for esports streaming was bought by American company Amazon in 2014 for $970 million. American companies foresaw the boom in the esports industry and now they are set to reap the rewards.

Russian banks and businesses, Samsung, Alibaba, American Express, Amazon, and countless other global companies have invested into esports. Esports is a blossoming market with an almost limitless amount of money making potential in marketing, finance, entertainment and advertising. The sales of esports content licenses are expected to generate $95 million this year on a global scale, up 82% from 2016 – mainstream TV channels around the world have realized the potential of esports, from BT Sport and Fox Sports in the UK and USA, respectively, to OGN in South Korea, the sector can only expand.

Furthermore, despite the huge revenue of esports, the figures do not include the revenue made via esports betting and gambling – this market is huge. In recent years, lots of esports betting sites have begun rising up due to public demand. Moreover, sports betting is a far bigger business than sports media rights, advertising and consumer revenues put together. With a lot of betting companies already embracing esports, it is likely that esports betting alone is larger than the esports economy itself. Whether gambling is a good for a sport is something to be debated another time.

Where all this investment will take esports is unclear. Traditional sports have proven that sports are big business. One need only look to the example of the English Premier League in order to determine the amount of money that can be made from sport. With a global audience at its fingertips, there doesn’t seem to be a ceiling for esports growth.

The tournament prize pool for the upcoming Dota 2 International is already the largest ever in esports history – currently $21.7 million and still growing – that is larger than the prize pool at this year’s World Series of Poker Main Event. Last year, the winning team won over $9 million at ‘The International 2016’, that’s a higher amount than any tennis player has ever received from any ATP master series, over four times the amount that Sergio Garcia won for winning the 2017 masters, almost five times the amount that Mark Selby won for winning the World Snooker Championship and 38 times the prize money that 2017 World Darts Champion Michael Van Gerwen won.

Figure 4 The prize pool so far for ‘The International 2017’

These huge global corporations see esports as a money making tool, why else would they be interested? Of course, this is great news for esports athletes and those working in the industry, more popularity means more money and thus a career can be made out of esports. The highest earning esports athletes are already millionaires thanks to esports franchises such as League of Legends and Dota 2. Not one esports athlete would begrudge further investment. Esports are evolving each and every year, tournament schedules are becoming more professional, ranking systems are being introduced and game developers are attempting to give their own games their own competitive scene. There is money to be made from esports.