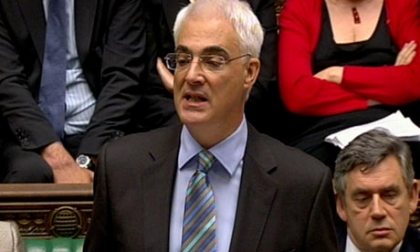 We find out what the Budget really means for small firms from the most important and influential business lobbyists and support groups including the FSB, The Forum of Private Business and The British Chamber of Commerce.

The Federation of Small Businesses (FSB)

The FSB said the Budget “largely ignored the small businesses.”

“We welcome moves to focus on jobs and job creation for young people, but we are very disappointed that this budget will do nothing for those firms which are doing their best to hold on to their valued employees,” said FSB national chairman John Wright.

“With a quarter of business failures due to late payment and around £38,000 owed to small businesses at any one time, Companies House should have been given more powers to name, shame and fine companies which fail to pay on time.”

The FSB said it welcomed capital allowances for firms investing more than £50,000 doubling to 40 per cent, and was pleased with the trade credit insurance scheme. But, it said, the 2p fuel rise would also hurt small businesses at their most vulnerable time.

The Forum of Private Business (FPB)

FPB chief executive Phil Orford said, “While some of these measures will benefit low-carbon companies and new technology start-ups, they will do little to restore business and consumer confidence and stimulate economic activity.

“Although the long-term unemployed will benefit from investment in job creation and training from 2010, nothing has been done to help businesses retain their existing skilled workforce, which continues to be decimated as a result of the recession.

“While welcoming changes to capital allowances and loss relief, the reality is that these will have only provide limited benefit to smaller businesses. In addition, restrictions to the new credit insurance scheme and the failure to address business taxes remain considerable barriers to business survival and growth.”

The Chamber of British Industry (CBI)

Richard Lambert, director-general of the CBI, said that the government had not set a credible path to restoring economic health.

“By pushing out the horizon for balancing the books as far as 2018 the Government is running too much of a risk,” he said. Although he added, “On the fringes of this Budget, there are some worthwhile micro measures, including support for businesses struggling to access trade credit insurance, and for carmakers through a time-limited scrappage scheme. The changes on investment allowances and the ability for firms to carry forward losses are also welcome.”

The BRC criticised the Budget for not helping retailers, and said financial forecasts were overly optimistic.

It said the chancellor’s plan for ‘top-up’ insurance was “too little too late”. Jane Milne, BRC Business Director, said, “Matching the trade credit insurance that private insurers are willing to provide is vital to helping fundamentally sound businesses weather the recession. But the unannounced detail confirms this safety net will be denied to companies whose cover was cut before 1 April meaning the plight of many is being ignored.”

The BRC said the option of postponing part of this April’s five per cent annual increase in business rates was welcome, but not enough on its own, pointing out the increases could destroy an extra 19,300 jobs, kill off an additional 582 retail businesses and cost an additional £1.6 billion.

It also criticised the reversal of the VAT reduction coming in December, the busiest time of the year for retailers.

Gilbert Toppin, chief executive of EEF, said, “Manufacturers will also be disappointed that the Chancellor has hit them with the double whammy of failing to provide support for short time working whilst increasing the costs of redundancy.”

The British Chambers of Commerce (BCC)

Its chief economist David Kern said the GDP growth forecast of –3.5% in 2009 is realistic, but the 1.25% economic growth forecast for 2010 and “very rapid growth” forecasts for 2011 onwards were overly optimistic.

He said the borrowing forecast of £175bn for this year was realistic, but the assumption the Budget deficit would halve in the next four years isn’t going to happen.

“If the Chancellor’s growth forecasts prove indeed to be too optimistic, there will be adverse consequences for the credibility of his forecasts for the public finances.”

Kern added, “The outlook for unemployment is bleak, and we still expect a peak of some 3.2 million next year. It is doubtful if the measures announced today, however welcome, will alleviate significantly the jobless situation.”

Mary Monfries, UK head of entrepreneurs and private companies and private clients at PWC, said, “The 50% higher rate of income tax is being introduced one year earlier (April 2010) than originally planned. This is driving the nail further into the coffin as far as attractiveness of the UK to internationally mobile businesses are concerned.”

This articles was previously featured on Smarta