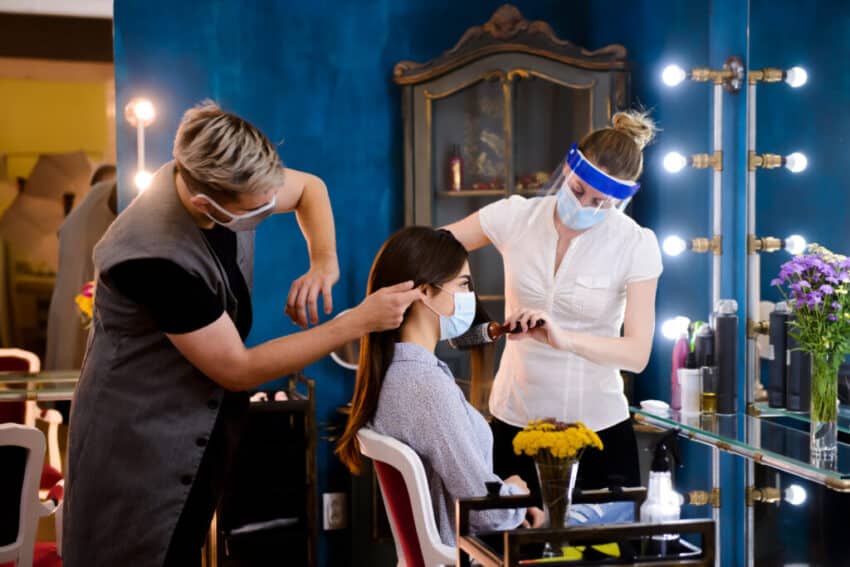 As restrictions gradually begin to ease across the country today, ten per cent more of us are eager to book in a trip to the hairdressers, than we are the pub according to new research.

With pubs, restaurants and hairdressers all permitted to begin trading once again – albeit within government set guidelines – the UK’s largest independent supplier to hair and beauty professionals, Capital Hair and Beauty, surveyed UK adults to find out more about their post-lockdown retail and hospitality priorities.

A trip to the hairdressers will be the first port of call for 12.6 million UK adults, the study revealed, with almost a third of women stating they would be heading to hairdressers first when retail and hospitality starts to open back up.

As both pubs and restaurants in the UK having been closed since December, a quarter of Brits said they intend to visit a restaurant before any other beauty or hospitality venue.

Waiting lists for hair and beauty appointments are in high demand thanks to cancellations stemming from ongoing restrictions, as such, almost half of the nation shared they would be willing to pay an additional fee for a priority appointment.

Upwards of 5.2 million of us would be happy to splash out £20pp to fast track our visit to the salon, on top of our usual hair appointment costs, according to the study, which, if feasible, would mean an additional £105 million being injected into the hair industry alone.

Just one in ten stated they were not yet ready to head back to the salon just yet.

Frustrated at cancelled appointments, it seems the nation have been somewhat impatient when it comes to their looks, with seven in ten UK adults admitting they’ve attempted a DIY haircut or beauty treatment during lockdown.

In fact, it seems men are more daring than women when it comes to their locks, with more than half giving themselves a DIY hair cut at home in lockdown, compared to 36% of women.

A further quarter of women have also attempted to dye their own hair while salons have been closed, with more daring colours such as pandemic pink sweeping the nation.

Less than a third of the country played it safe and sensibly opted to wait it out for a professional to undertake their hair or beauty treatment for them.

Undoubtedly it won’t just be hairdressers and barbers who have their work cut out correcting mistakes when they finally reopen, with mani-pedi’s facials, full body massages and back and neck massages, revealed to be the popular at home treatments trialed by Brits.

More than a third of those working from home experienced increased back pain in the months following the move to home working in 2020, as such, almost a fifth of those surveyed are looking forward to booking in a massage of sorts as soon as things begin to reopen.

Samantha Shamplina-Burkwood​, Marketing Manager at Capital Hair and Beauty commented on the findings: “It’s easy to see just how much the nation have missed both hair and beauty professionals (and we’re sure they’ve missed their clients too!), and it really has also brought home to many just how much we rely on them to help make us feel a more fabulous version of ourselves.

“Naturally, many of us have grown impatient owing to being unable to book in regular appointments due to temporary closures, and as such have turned to DIY hair and beauty treatments instead.

“We know that priority bookings are unlikely to be an option for most, but we’d recommend waiting it out for that much-anticipated appointment for just a little longer, or it could cost you more to put right than you’d imagine.”