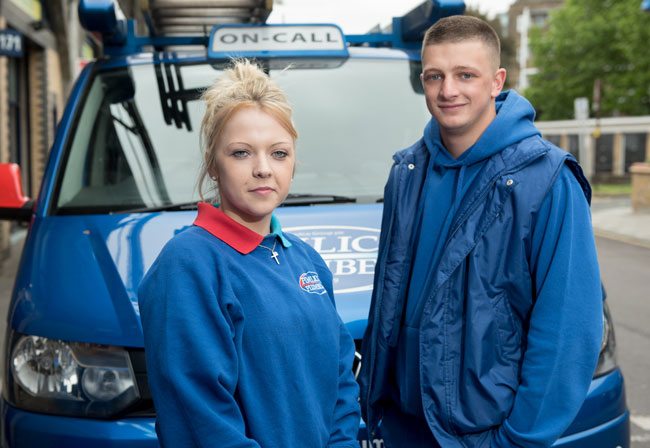 Mullins has challenged potential candidates aged 16-19 to explain why they deserve to be a Pimlico Plumbers’ apprentice using the popular social media channels Twitter and Facebook.

Posting on the Pimlico Plumbers’ Facebook page, and using the hashtag #PickMeCharlie, candidates have 150 words to explain why they should be considered for the paid apprenticeship.

The successful candidate who impresses Charlie with their social media post will join the company’s team of apprentices who work alongside Pimlico’s experienced engineers across the plumbing, heating, carpentry, electrical and building trades. They will also attend college on a day-release basis and work towards recognised vocational qualifications.

Candidates have until 5pm on 21 June to state their case on why they should become a Pimlico Plumbers apprentice.

Charlie, who is one of the country’s best-known plumbers and a major advocate for vocational training, is turning to social media to encourage some fresh thinking among candidates. Competition for apprenticeship places at Pimlico Plumbers is hotly-contested with hundreds of applications every year for the 15 places on offer.

Charlie says: “We’re inundated with applications for apprenticeships every week, so I wanted to try something a little bit different to see if we can find someone that can use social media to stand out from the crowd. They’ll be adaptable, innovative and want to do more than just put their CV in the post. It’ll be these kind of people that get themselves noticed in the job market.

“I started my career as an apprentice and I’ve never been out of work since, so this challenge could be the making of one lucky person!

“There’s always a lot of discussion about the standard of school leavers’ written English skills so this challenge is designed to see if they can really sell themselves to me in 150 words or less!

“While I’m not great with technology, I understand the power of social media. Rather than drag people into my office, I thought I’d step into their world and give them the opportunity to make the most of the time they spend on Facebook and Twitter to land themselves a career!”