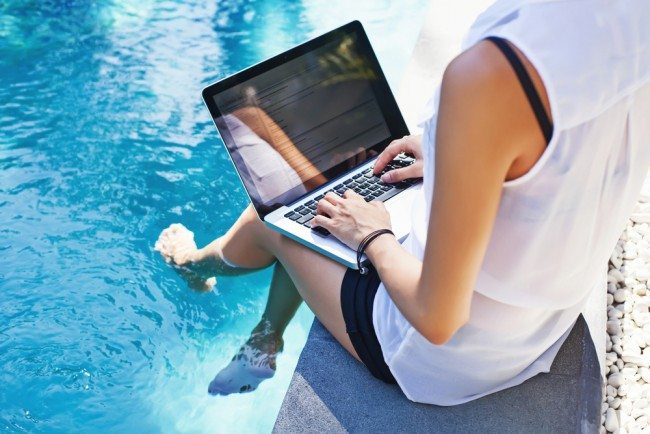 Nearly one and a half million sole traders across the UK were unable to take any days as annual leave in the last 12 months, according to new research.

In the survey, one in eight SME decision makers said they had not taken a day off in the past year. This figure rose to 33 per cent for sole traders and 18 per cent among those with less than 10 employees, underlining the strain small business leaders are under.

With Britain in the midst of an unprecedented heat wave, it is a concern that the same number of small business leaders – 16 per cent – claim that they are not planning on taking any time off this summer due to their work commitments.

On average, SME decision makers take just 13 days’ annual leave a year. Assuming they are able to take the eight bank holidays throughout the year as leave, this still amounts to an entire week less than the legal minimum of 28 days.

In addition to this, the average small business owner reports that they have to cancel or cut short three days of annual leave every year due to work commitments, meaning that nearly one in five of their days off every year have to be curtailed.

The reasons behind this worrying trend for small business leaders not allowing themselves annual leave focuses around the inability to extricate themselves from their business. Over a quarter of SME decision makers claim that their business would lose income if they were to go on holiday for too long, while a further 22 per cent admit that they find it hard to switch off from work while on holiday.

Less than one in five of respondents believe that their business would struggle in their absence; however, only eight per cent of small business leaders claim that their business has experienced a critical issue whilst they have been on holiday, which will hopefully reassure owners that a business isn’t doomed to fail without the proprietor in the short-term.

Furthermore, one in seven small business leaders feel that they have more flexibility to take time off from work as a result of working at a SME compared to working at a larger company, emphasising the freedom of being your own boss. A further one in five say that while it’s harder to take time off from work, it’s worth it for the added flexibility they are allowed in other areas of their life.

Matt Boatwright, Head of Direct Line for Business, who commissioned the research, said: “Running a small business can be a stressful job, which is why it is even more important that proprietors afford themselves a holiday. Our research shows that there are millions of business owners who feel that they cannot leave their business to go on annual leave, but they should be reassured that of all the businesses surveyed, only a small percentage actually experience any business-critical issues while away.

“Ultimately, nothing is more important than the health of a business owner, so taking a holiday not only allows them to take some much-needed time off to relax but also prevents burnout and subsequent business issues further down the line. While their business may never be too far from their mind, whether they’re in Margate or Marbella, there are steps they can take to alleviate worry, and taking out comprehensive small business insurance is one way of allowing you to put your feet up and take it easy.”