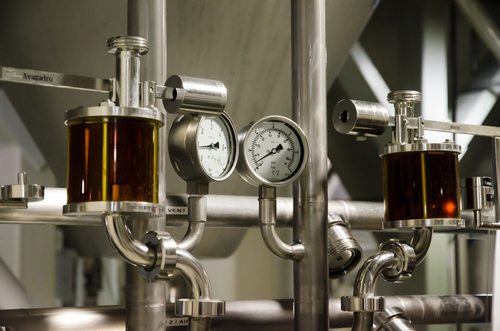 The official reason for the celebration is the opening of the brewery’s onsite bar where it plans to hold beer tastings. But the occasion is also a perfect opportunity for the brewery to invite local people round and so further establish itself in the neighbourhood. It already runs monthly tours and has a membership scheme for local people.

Duncan Sambrook, who founded the brewery four years ago, said establishing a local following was key to its success: “We wouldn’t be where we are without the support of local people. Having a group of local consumers who are passionate about our brand has meant that pub landlords call us asking to stock our ale rather than the other way round. They are ambassadors for the business.”

He added: “Brewers have traditionally engaged with the local community and we see ourselves as a continuation of that. We support local charities and local events and we employ local people.”

Indeed Sambrook’s Brewery, which has a turnover of £1.4m, is so keen to be known as a local brewery it has even named its beers after local landmarks – Wandle Ale, after the local river; Junction Ale, after the local railway station, Clapham Junction; and Powerhouse Porter, after the area’s most famous landmark, Battersea power station, reports The Telegraph.

As business becomes ever more global, it is easy to forget that there are still considerable benefits to a SME in having a local identity and being part of a local community. This is particularly important in tough economic times, as customers seek comfort and reassurance about who they are dealing with.

A survey out on Monday of 100 small businesses by Youth Business International, a not-for-profit organisation which supports young entrepreneurs, found that the largest proportion believed the biggest opportunities to do business over the next five years would be found locally or regionally, rather than nationally or in Europe.

Andrew Devenport, chief executive of Youth Business International, said: “It is very interesting to see local and regional markets being highlighted as key focuses for start-ups over the next five years. Although much is made of how easy it is now to trade internationally, it is worth aspiring entrepreneurs bearing in mind that the best ideas are often generated closer to home. Small firms should keep it local before going global.”

Allison Herbert and Liz Oram are so convinced that local is the way forward they have started an online business to promote products made by local small firms. Love-Local.com sells gifts and homeware products made solely by businesses based in south west England, with customers able to search for products by county.

Herbert said: “We wanted to make it easy for people to shop locally. People really want to support the businesses around them.”

One of the first firms to sign up was Dartington Crystal, based in Great Torrington, Devon, and more than 100 businesses are now involved.

Rachel Bridge is an author, public speaker and journalist specialising in entrepreneurship and SMEs. Her fifth book, How to start a Business without any Money, is out now.