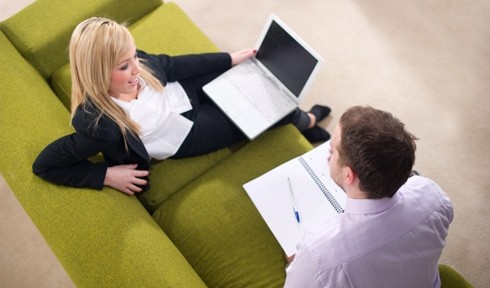 Now the UK’s leading serviced office search service has reported that requests prioritising green concerns have overtaken cost for the first time.
Chris Meredith, head of UK sales at officebroker.com, says the business has witnesses a growing demand amongst firms for an environmentally friendly workplace.
“We deal with thousands of firms each year, all of whom want to find their perfect office. Whilst no two requests are the same, typically location and cost are the main factors behind the decision. However, we’re increasingly seeing a growing desire from businesses to find a workspace with strong green credentials.
A large proportion of the firms we’ve spoken to have said that having a green office is a high priority with only a minority, maybe one or two per cent, telling us an environmentally friendly workspace is of no interest.
It seems the degree to which firms go to maximise their green potential varies substantially but nearly all the businesses we’ve spoken to have dedicated recycling bins, with around three quarters using energy efficient light bulbs and sensors. Around two thirds also offered spaces for employees to park a bike and provided facilities for them to shower at work.
Roughly half of the businesses we’ve spoken to even implement a rota for turning off appliances at the end of the day, sharing green responsibilities amongst employees.
There is certainly a greater awareness amongst businesses regarding green issues and the progress many have made is really pleasing. However, we’ve also heard from a number of employees who said they felt their employer wasn’t maximising its full potential.
The main reasons given for this can be grouped in to two broad categories – cost and understanding. Whilst green measures will benefit both the firm and the environment in the long term, many firms are still trying to find their feet financially and therefore aren’t willing to commit extra cost in the short-term, which in many ways is understandable.
We’ve also heard from employees who’ve said senior management are still naïve to the benefits of green initiatives and have absolutely no desire to investigate options further, which is less understandable.
As with most things in business ideas can take time to filter through and from our experience green office space is becoming increasingly high on firms’ agendas. This is great news not only for the environment but also for the businesses themselves as they increase corporate responsibility and reduce cost in the long-term.”