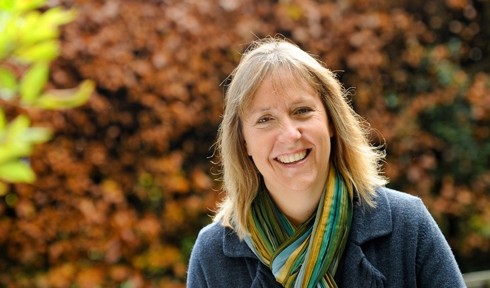 “Over 60% of new businesses are started from home and most of them are being created by mothers who want to stay with their children,” said Krista Waddell, founder and CEO of gold party organisers Ounces2Pounds, who was speaking today during the launch of Global Entrepreneurship Week.
“Many middleclass women are worried that they will lose their personal income when Child Benefit is removed from homes were one earner is in the high tax bracket. Modern IT capabilities and internet speeds mean that they can restore their income by setting up a business at home,” said Mrs Waddell.
According to a report by the government adviser Enterprise Nation more than 1,400 new home businesses are created every week – far more than any other type of start-up.
“There has always been pressure on women to stay at home with their children and they can be left with feelings of guilt when they leave their child in a nursery. Home-working is the ideal solution which allows a woman to bring up her children and run a business,” said Mrs Waddell, who created Ounces2Pounds on her laptop at home following the birth of her daughter.
Stay-at-home mums are responsible for setting up the most home-businesses followed by young people and the over 50s.
“The home-business is a route is an excellent way to bring people into employment who might otherwise not contribute to the economy,” said Ms Waddell, whose company was included in The Guardian’s top 50 good ideas for home-working.
Ounces2Pounds and cosmetics giants Avon and Body Shop are all reporting a huge up take the numbers of stay-at-home mums who are offering the services as party organisers and home-workers.
Almost one third of the UK workforce is employed by home businesses (28%) and they produce a combined turnover of over £364 billion.
Replacing the 9-5 with a golden income
When Caroline Stevens lost her job in wine marketing earlier this year she searched for a golden opportunity to get her career back on track.
Now she’s found the perfect job – hosting cash for gold parties – where women get together and trade in their unwanted jewellery.
Caroline is a hostess for Ounces2Pounds and organizes up to three parties a week and earns the same as she did working full time in marketing.
The events work in the same way as the Tupperware parties of the 70s and the Ann Summers Parties of the 90s with guests enjoying a glass of wine, nibbles and a chat.
But instead of leaving with empty pockets, guests leave their unwanted gold behind and walk away with an immediate payment.
She’s had everything from gold teeth to nuggets brought along to her parties, with her most successful raising £5,000.
Caroline, 51, from Hampshire said: “The most bizarre item I’ve had was a man who came to see me with a gold tooth he’d had taken out at the dentist earlier that day.
“Teeth are made from 18 carat gold so he made around £30, which went towards his bill for having it removed!
“I’ve also had belly button bars and a very small 24 carat gold nugget from South Africa which was amazing to see.”
Divorcee Caroline, who has two teenage children, has a gold testing machine that determines the carat of the item, and whether it is gold or silver.
Once it has been weighed she will offer a buying price to the client, who can take that amount or walk away.
She says that by going along to her parties, many women lay to rest bad memories they have from past relationships by passing the jewellery on.
Caroline said: “Break ups are usually painful, and it often helps to get rid of the items that remind you of a difficult time.
“They bring the item for me to test and we can have a chat in a relaxed environment.  “There’s no pressure for them to sell the piece, but if they want to I will write them a cheque.”
One of the most rewarding things for Caroline, who has worked for Ounces2Pounds since April, is seeing scrap gold bring people happiness.
She said: “I had one lady help pay for her daughter’s wedding with an old chain of her husbands that she hated!
“Another woman traded in her ex-boyfriend’s jewellery and took herself on holiday to cheer herself up.
“The great thing about my job is that all my customers walk away happy with money in their pocket and during these difficult times not many people can say that!”