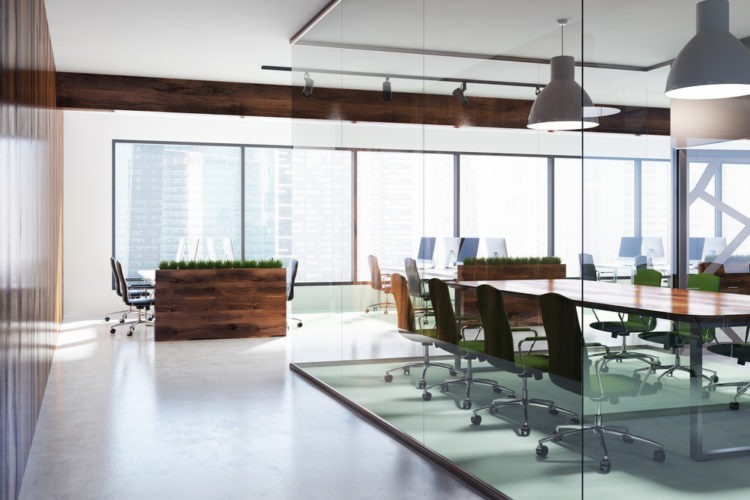 A belief, held by many, that ‘It’s not easy being green’, still seems to prevail for many small-to-medium sized businesses.

Upheaval, cost, disruption, unfeasibility or simply a belief that such changes are the responsibility of the multinationals are just a few of the reasons that some managers have previously cited for their inactivity in this particular area. Today, things are changing, but more still needs to be done, and the current business climate is structured to allow SMEs to actually lead by example, showing the way for big businesses to follow rather than hoping that a lack of action will pass under the radar unnoticed.

It’s well known that SMEs account for 99.9 per cent of all UK businesses, but according to a report last from DEFRA (the Department for Environment, Food and Rural Affairs), they were also responsible for ‘up to 80 per cent of all pollution incidents and more than 60 per cent of the commercial and industrial waste produced in England and Wales’.

This is pretty clear evidence that workplace changes will inevitably be enforced sooner rather than later – regardless of perceived barriers to this progression.

David Rand, MD of office services and products specialist Resource by Morris, explains why it makes sense to take advantage of benefits whilst they are still available: ‘This isn’t just an example of the Government dangling a carrot just to get companies to sign up for something then using it as a means to dictate practice or policy. The drive for sustainable practices in the workplace, whether this means recycling, buying sustainable furniture and equipment or re-training is not going lessen. To bury your head in the ground and act like it’s not happening is not a good idea. Like the onset of emailing, or remote working in recent years – resistance is futile, so why not stay ahead of the curve and get the odd tax break or Government grant here and there while they’re on offer?’

Organisations such as the National Centre for Business and Sustainability (NCBS) can advise companies on how best to balance environmental, social and economic aspects of their operations. The bottom line is that whilst it may seem expensive to overhaul practices in your workplace now, it will prove a money saver in the long term. Financial pressure is already being placed on practices that discourage sustainability. For example, land fill tax is set to increase considerably over the next few years to discourage corporate waste and encourage recycling.

As well as the waste generated by businesses, their premises are also subject to increasingly stringent legislation. In 2006, Parts F & L of the Building Regulations relating to ventilation and the conservation of fuel and power, respectively, were changed dramatically. The overhauled measures aim to improve energy efficiency standards by 40% in order to limit CO2 emissions and provide incentives for low and zero carbon technologies – for example, the use of natural ventilation in work buildings where possible rather than expensive and harmful heating and ventilation systems.

The Department of Trade and Industry (DTI) has introduced a ‘microgeneration strategy’ as part of its low carbon building strategy to provide funding to allow public and private sector organisations to implement technologies including solar panels, wind turbines, solar thermal hot water heaters, ground source heat pumps, fuel cells and several others. Available grants for certain companies that apply could be as high as several hundred thousand pounds, or between 40 and 50 per cent of total costs of implementation.

Those businesses that are most successful in introducing sustainable policies should be able to operate within the constraints of nature and society, and without endangering long-term ability to survive, meaning there should be no need to resist change for fear of damaging future profits.

If none of this penetrates for some SME decision makers, there is a simpler way to view the need to change, as highlighted by David Rand: ‘Even for sceptics or “old school” managers that don’t perceive the problem of climate change or carbon emissions to be a particularly convincing argument, there are plenty of ways to highlight the need for change in a language they will understand.

How about increased risk of flooded premises or increased insurance premiums. It doesn’t matter if you don’t believe in it – the treasury and the EU do, which means soon these measures won’t be a matter of choice. It’s just sensible to tick the boxes now, take advantage of the help available and watch the less prepared businesses scrabble to meet deadlines further down the line.’

In fact, some of the more easily introduce-able measures can be as simple as just choosing a company that is willing to make some of the changes for you. A lot of office equipment and furniture, once obsolete, is taken to landfill sites. With some companies such as UK-based Green-Works committing to re-using or redistributing used but usable office furniture, and others such as seating manufacturer RH Form developing materials like Ventec™ – an extremely breatheable seat cushioning material made with horse hair rather than chemically produced foam, steps are being taken to reduce workplace waste.

Recycle as much as possible

RH MD, Jorgen Josefsson, explains the reasons for this: ‘Even if a piece of workplace furniture is no longer any use for your particular business needs, it’s not going to be any more useful in a landfill site, taking years to decompose, whilst replacement furniture is made from scratch. It makes a lot more sense to recycle, but people don’t because it’s “too much effort”.

That’s one reason why our CSR programme includes collection and disposal as well as use of natural materials where we can. It’s easier for us to get our hands on the re-usable elements of our chairs for recycling, and it eliminates the hassle of disposal for businesses.’

So it would seem that taking away the ‘can’t be bothered’ factor is a major priority for sustainable organisations, both from a manufacturer’s and end user’s point of view. Josefsson agrees: ‘Of course – if we make it so that it’s easier to be “green” than not, sustainable practice becomes second nature and embeds itself in a company’s own corporate culture. If you seek the right help, smaller companies can make the changes much quicker than slow moving multinationals.’