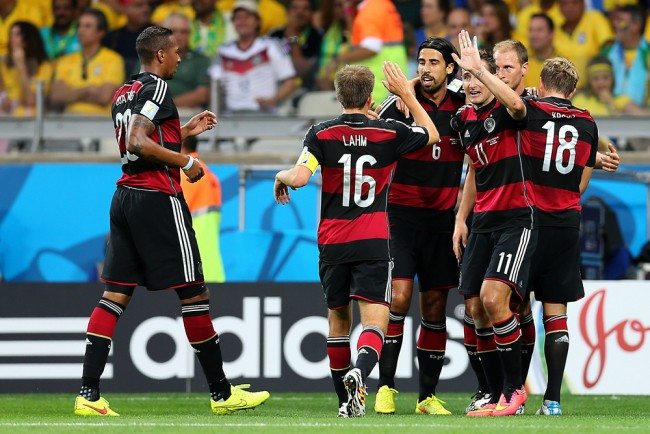 Australia starts the Ashes as favourites, and it would be a surprise if Chelsea doesn’t strengthen well during the summer transfer window, thus starting the new Premier League season as the team to beat. But to what degree are our sporting teams using data to maximise the chances of success, and is sport stealing a march over the business world, or vice-versa?

Over the last few months two individuals form the world of cricket and football have attracted more controversy than most, namely Kevin Pietersen and Mario Balotelli.

Few who have seen Pietersen bat would protest his genius. Those with longer memories will recall his joyous 158 at a sun drenched Oval back in 2005, an innings that secured a draw for England, and the regaining of the Ashes after an 18 year absence. The nation pretty much came to a standstill that day. He has more ability with a cricket bat than virtually all of his peers. Sadly, he falls out with people too.

Pietersen’s career has been dogged by controversy and stories of dressing room unrest. It led to him being dropped from the England set-up after the miserable tour of Australia 18 months ago, and despite a resurgence of interest earlier this summer, there now seems to be no coming back.

Liverpool’s decision to sign Mario Balotelli last summer raised many eyebrows. He was popular at Manchester City, helping the Blues win their first title in years, but has never been far from controversy. By pretty much any measure that could be used, his signing was a failure.

So could sport learn from business, or are businesses just as liable to make selection errors?

In our experience, team development is still left to chance and gut-feel in most organisations. It could be so much better.

Performance data is of course widely used in professional sport. The German national football team, winners of the World Cup in 2014, worked in partnership with German software company SAP, a partnership believed to have helped the team to optimise performance, enhance team chemistry, and avoid injuries. For the most part, however, data has been used to analyse individual performance. There are fewer examples of data being used to analyse the likely impact of new recruits on the overall performance of a team.

The first stage is to understand what you have. Analysing the personalities of your existing workforce might not surprise you, but you may never have seen the results described in black and white. The point is that when you understand your culture, you can hire recruits that are a perfect match.

That doesn’t mean hiring an identikit team, but it does mean using data to highlight potential opportunities and conflicts. We all know how costly a bad hire can be in so many ways, both financial and emotional.

Data analysis can also be used to identify both strengths and potential fault-lines in existing teams. Returning to the world of sport for a moment, the ability to nurture team spirit is crucial for any coach. Just two summers ago Australia was comfortably beaten in the Ashes when its Test team last visited these shores. Yet later that year an invigorated Australian team, containing pretty much the same group of players, convincingly thrashed England on its last visit down under. The influence of the new coach, Darren Lehmann, was credited with much of the improvement. It was claimed he helped the team to enjoy itself once again. He created the environment in which talented individuals became a great team.

There are examples in the world of football, too. Just one team promoted to the Premier League in 2014 avoided immediate relegation this May. Much was made of Leicester City’s outstanding team spirit. Meanwhile there were accusations aplenty that QPR’s squad was rife with internal division and so-called ‘bad eggs’.

Back in the corporate world, and a 2014 Bain and Company study showed that 46 per cent of respondents cited failure to assess cultural fit during due diligence as a root cause of deal disappointment in the world of mergers and acquisitions.

So could people analytics, as we call it, have helped to keep Kevin Pietersen as a valued and productive member of the English test team? Our belief is it could. Sure, the moment for this to happen would have been before the publication of his autobiography given some of the negative comments contained therein, but it is interesting how many former teammates have commented on the fact that they never had a problem with Kev, or words to that effect.

From the outside it would seem that Pietersen has to be managed in a certain way if he is to give his best, and this requires certain accommodations from within the team. Some might say the needs of the team come before those of the individual. They have a point. However we’d suggest that a thorough understanding of the idiosyncrasies of the individual tends to be the prerequisite of the best teams.

Teams in any walk of life can achieve more by understanding the relationships between people.