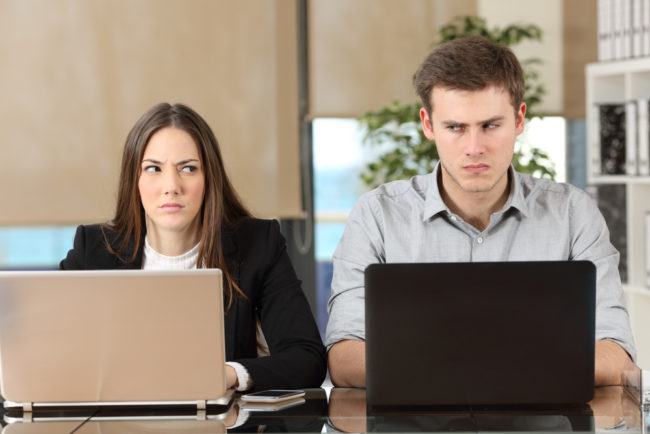 Whilst the House of Commons provides an arena for the main parties to squabble and disagree on most things, politics and the workplace don’t always mix well.

Topics such as Immigration, Brexit, Education and the NHS are expected to feature prominently in the election manifesto pledges of all parties.

But whilst these sensitive issues can spark healthy debates and passion in the workplace, they also have the potential to trigger extreme views which can cause offence, leave emotions running high and create division.

So how can you prepare for and handle political conflict in the workplace in the weeks leading up to the General Election to ensure it doesn’t compromise productivity and harmony in the working environment? Juliet Hailstone from MHR provides five useful tips for managers.

Understand and respect the roots of conflict

It is useful to understand why conflict arises – usually from two parties having different objectives, different opinions, different interpretations of a situation, or different views of what constitutes acceptable behaviour.

Regardless of which party each member of staff supports, whether it’s the Conservatives, Labour, UKIP, Liberal Democrats or the Green Party, it is important to respect their views.

You may not agree with everything they say but you need to understand that to them, their view is correct and is rooted in inherited and developed life influences that you will probably never understand.

The one thing about politics is that nobody is correct, it’s all a matter of opinion about how the country should be managed and run.

Whilst you need to be aware of the conflicting opinions that can arise from political discussions and how to deal with these, focus on the positives.

If everybody held the same opinion about politics in your workplace, it would be very dull place, so use the opportunity for workers to engage in meaningful conversations and embrace different viewpoints.

Encouraging debate in the workplace is a great way to nurture passion and mutual respect within your team.

Don’t be afraid to get involved yourself. If you’re in a senior role, your colleagues will naturally be interested in your viewpoint, especially if your opinions on specific policies are work related.

In the context of HR and political discussion, it is wise to ensure that everyone is aware of the boundaries – what is acceptable and what is not.

This is achievable without having to introduce a new policy on political activity or compromising a culture of trust and openness.

Take the time out to discuss your company values with employees, and make a conscious effort to mention the importance of respect between colleagues.

A simple conversation reaffirming your people policy will provide you, as an employer, with protection and reassurance, whilst acting as a gentle reminder to everyone.

If you have individuals in the workplace who are keen political activists have a quiet word to ensure they don’t campaign during working hours, wear political slogans and badges in the office and use company equipment and communication tools to voice their party allegiance and garner voters.

It is also worth reminding staff of their responsibilities, especially when speaking to customers and suppliers, as these could align the company in a way it feels is inappropriate.

Whilst you can’t stop employees from expressing their political views outside of work, it is advisable to ask employees to be extra careful on social media.

In the run up to the election, social media channels such as Twitter, Facebook and Instagram will be bursting with opinions, memes and articles aimed at stirring emotion and shaping views.

Employees need to be mindful of who their followers are on social media and be cautious when ‘liking’ and ‘sharing’ content on their timelines, so not to cause offence.

A lot of people habitually click ‘Like’ and ‘Share’ posts from friends without opening the content first, let alone digesting it and verifying its accuracy. The past 12 months has been awash with Fake News, remember!

Advise your employees to read all content and consider the consequences before expressing personal views on social media, and sharing content.

Be alert for signs of politically motivated harassment

Since the EU Referendum there has been an increase in race hate crimes and cases of racially motivated harassment against EU workers.

With immigration and Brexit likely to be at the forefront of political debates in the run up to the Election, it is critical that employees don’t overstep the mark with comments that can cause offence.

Any complaints of discrimination should be acted upon promptly and correctly by following your company grievance and disciplinary procedure.

Let’s be honest. You can’t stop politically charged discussions taking place in the office – it’s everywhere and would you really want to stop the sharing of views in your team / workplace anyway?

If people care, that is a positive thing. Provided discussions take place respectfully and within the boundaries set for courteous debate, there’s no reason why a politically engaged workforce shouldn’t be able to remain productive and harmonious.