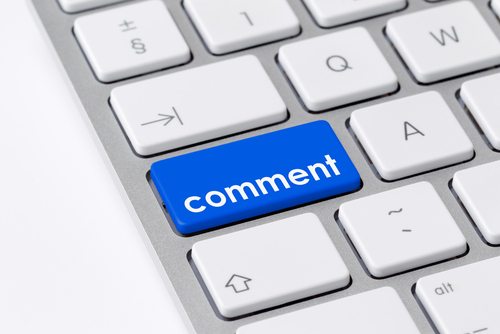 Mark Hall, Managing Director at GotJuice.co.uk, an online reputation management consultancy that specialises in reviews commented: “Until recently it has been made very easy for opportunist business owners to enhance their company’s online reputation by simply writing fake positive reviews and asking friends and family to do likewise without any repercussion.

“This, of course, amounts to nothing but fraudulent behaviour, but was seen as an easy route to not only enhance their own reputation but also – for some – as a way to harm their competitors by posting fake negative reviews about them.

“That ride, however, is now over and these businesses are to be named and shamed by the major review sites and have their profile marked for all to see.

Hall said: “With advancements in technology, review platforms have started to launch new initiatives to rid their sites of fake reviews and name the guilty in the process. Yelp are the first to roll out the technology and it is expected that Tripadvisor and other major review platforms will follow suit shortly.”

“Any business that publishes fake reviews or pays for reviews will have their profile(s) branded with a stamp that informs the consumer that they can’t be trusted. And here at gotjuice.co.uk we welcome this move. If caught, the mud will (and should) stick to the guilty parties for a long time.

“After all, who wants to deal with a fraudulent company?”

Gotjuice.co.uk supports honesty and openness on review websites, says Hall. “Review sites such as Yelp, Qype and Tripadvisor can be brilliant platforms to help consumers with purchase decisions. By crowd sourcing public opinions, you can build up a realistic view on whether you want to use the company or not.

“This only works if the reviewers are honest and objective. Any business that writes it’s own glowing reviews or pays people to do this undermines the credibility of these sites and pulls the wool over the eyes of potential customers. This is why review platforms such as Yelp, who have already taken previous steps to keep their platform free from spam by adding filters that removed questionable reviews from the calculation of the star rating, has now gone one step further in the fight against fake reviews.

“If a review site finds evidence that an establishment such as a hotel, restaurant, tradesman or any other business has added their own reviews or paid for reviews, they will have a ‘mark of shame’ added to their profile for the whole world to see.

“They will even proactively bait companies to see who responds to ‘would you like to buy positive reviews’ solicitations, so they are able to both effectively catch people after the event and also catch them in the act beforehand.”

Other sophisticated detection methods include:

· An algorithm that is capable of detecting fake or deceptive reviews. When people are lying, this changes the way they use language. This algorithm automatically spots and flags this

· If a profile is not completed in full, then it could be flagged as a dummy account

· If you only have a small number of reviews built up over a set time period and nothing after, then you will be flagged

“Of course,” says Hall, “the review platforms are not going to tell you everything they are looking out for.

“Our advice is simple: Don’t write fake reviews, don’t pay for fake reviews, don’t bribe or beg for reviews – good or bad – about anyone. If you need to talk to an expert about working ethically to gain positive reviews, or the removal of fake or unjust reviews, please contact gotjuice.co.uk”