The FPB believes that the concession does not go far enough. It appears that smaller businesses have been caught up in a net designed to target private equity firms, which often break up their investments to make them appear smaller than they really are. However, taken with other recent changes to taxation, it suggests that the Government appears to be embarking on a disturbing and deliberate policy of handing financial breaks to big businesses at the expense of their smaller counterparts, who are left footing the bill.
In the recent Pre-Budget Report, Mr Darling revealed that the 10% taper relief on Capital Gains Tax will be replaced with a flat 18% rate from April 2008. It will almost double the tax bills on asset sales for many smaller firms. Bigger companies have been granted two cuts in corporation tax in as many years, but in Gordon Brown’s final budget as Chancellor, smaller firms’ contributions went up from 19% to 22%.
Reinvesting
The FPB carried out a survey of its members as part of its submission to the Government’s Comprehensive Spending Review in October. Almost 70% of respondents believed that cutting the lower rate of corporation tax would result in greater profits, which could then be ploughed back into their businesses, in particular into the training and development of staff.
Steep National Insurance Contributions (NICs) was another bone of contention. The research revealed that over 70% of respondents believed that a reduction in NICs would convince them that the Government wanted to encourage entrepreneurs and employment. Two-thirds said they would consider taking on more staff as a result.
Businesses are also facing up to the prospect of paying supplementary business rates to local councils, in addition to their national rates, to fund local projects such as infrastructure and economic development.

The Mayor of London, Ken Livingstone, has already announced that he wants to levy a rate supplement of two pence in the pound from businesses in Greater London to fund the Crossrail project. The Government will legislate to enable local authorities to follow suit and introduce an additional tax on properties worth £50,000 or more from April 2010. The FPB’s members believe that they already pay enough tax.
Less obvious tax proposals, but taxes nonetheless, include those that have in their sights the businesses that depend on their vehicles using the nation’s road network. When questioned by the FPB, Transport Secretary, Ruth Kelly, refused to rule out the widespread introduction of congestion charging across the UK. There are also concerns that, whilst larger firms could absorb the additional costs of road pricing, which effectively means tolls, many of the FPB’s members, like haulage companies, would have to increase their prices and would become less competitive as a result.
The FPB is shouting its opposition to increases in Capital Gains Tax and other unfair changes as loudly as possible. Almost 800 individuals have so far signed the FPB’s petition urging the Government to reverse its decision on Capital Gains Tax and supplementary business rates. The organisation also continues to back moves against the Chancellor’s announcements, such as the recent parliamentary early day motion calling for a reversal of the increase.

The problem, however, runs much deeper, as there are genuine reasons to suspect that the policy-makers are refusing to listen. Despite the outrage it sparked, the Capital Gains Tax debacle gave way to issues such as climate change and globalisation on the agenda of Gordon Brown’s newly-created Business Council. The Council consists of luminaries such as Sir Alan Sugar, but no one to represent the interests of smaller firms. They must instead rely on the Small Business Forum, which currently sits within the Department for Business, Enterprise and Regulatory Reform (DBERR). The Forum gets together for a series of round-table meetings between business owners and the UK’s main business organisations; however, it has nowhere near the same level of influence or access to decision-makers as the Council. The FPB’s members want this situation to change. In a recent survey in its quarterly newsletter, Referendum, 95% of respondents stated that the Small Business Forum should have equal access, influence and contact with decision-makers as the Business Council.
In conclusion, the FPB believes that the change in Capital Gains Tax, which Mr Darling said would earn the Treasury about £900 million by 2010, is a slap in the face for many entrepreneurs. "This is no reward for investing money and effort into a company. It may also reduce the number of entrepreneurs willing to take the risk for a smaller return," said the FPB’s Campaigns Manager, Matt Hardman. 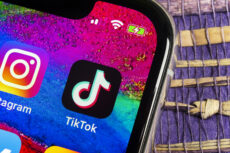 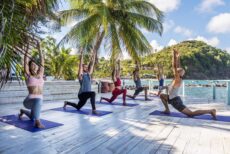