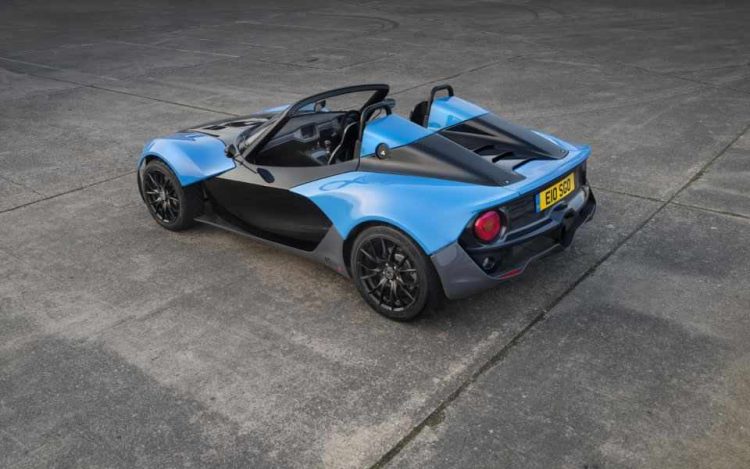 Seedrs has announced that it has been selected by innovative sports car manufacturer Zenos Cars for its planned £750,000 funding round.

Within the space of just three years, it has expanded quickly and now sells a three-model range of innovative sports cars. More than 100 cars have been sold to customers around the world.

Though formed relatively recently, the Norfolk-based company has enormous collective experience from throughout the automotive sector, including high-level engineering, operational and engineering roles with McLaren, Nissan, Tesla, Ford, Lotus and Caterham.

Zenos sports cars are ‘clean-sheet’ designs, created to provide excellent performance with plentiful cabin space, low running costs and an invigorating experience that can be enjoyed both by drivers and passengers.

Production of the company’s first car, the mid-engined E10, began in January 2015 and the range of E10, turbocharged E10 S and 500 bhp/tonne E10 R is now on sale in the UK, US, France, The Netherlands, Belgium, Japan, China, Switzerland and Italy.

Half of Zenos Cars’ sales are secured outside the UK, and a greater proportion of customers than originally anticipated regularly drive their cars on the road as well as on the track.

Launched at The Performance Car Show in January 2016, the Zenos E10 R is the pinnacle of the three-tier E10 range. With a 350 bhp EcoBoost engine, the model delivers supercar-levels of performance at much lower cost.

Mark Edwards, Managing Director of Zenos Cars, said: “We have proven that we can deliver on our promise to make thrilling driving experiences accessible to more people, and we are now ready to introduce the next exciting series of models.

This crowdfunding drive fits in perfectly with our ethos of inclusion, as it gives fans of exhilarating sports cars a chance to get involved in the next chapter of the Zenos success story.

Our search for a crowdfunding partner that understood us and had a reputation for excellence led us to choose Seedrs.”

Tom Davies, Chief Investment Officer of Seedrs, said: “We applaud Zenos Cars’ ambition to open up the experience of owning and driving a high-performance sports car to a wider audience by reducing the cost of ownership.

The fact that Zenos sports cars are British-designed and British-built, and are generating such healthy export sales, is testament to the company’s successful formula. We are delighted that Zenos is partnering with Seedrs on this fundraising project.”

Last month, Seedrs announced that it has had more than £100 million invested on its platform since launching in July 2012 and is the most active seed-stage equity investor in the UK.

It also launched its first out-of-home and digital advertising campaign to bring the concept of equity crowdfunding to life with a wider range of consumer audiences.