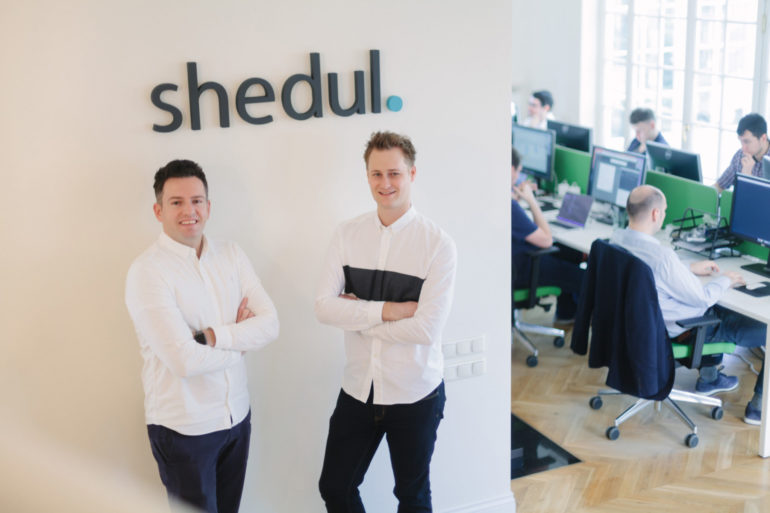 Getting a ride, ordering a meal, or even finding a date has never been easier. Booking a haircut, on the other hand, could use some improvement.

That’s the thinking behind Shedul.com, a free booking platform and the world’s fastest-growing software for salons and spas. And this week, the previously little-known startup announced the close of a $6 million round of Series-A financing backed by Dubai and Silicon Valley investors.

And the industry is responding. In under two years, Shedul.com has quietly signed up a vast user base of over 40,000 merchants in more than 120 countries, most of whom learned about the platform by word of mouth.

Over half of Shedul.com users are in the United States, followed by the United Kingdom, Canada, and Australia.

Millions of bookings are made on the platform each month, and growing at an average rate of 35% month-on-month. The platform is well on track to process over $1 billion worth of appointment bookings by the end of 2017.

Co-founder and CEO William Zeqiri said he’s excited by the growth, but not surprised. “Good free software spreads quickly,” Zeqiri said. “We’re solving a critical pain point for small businesses by redefining how they engage with customers through technology.”

Zeqiri and co-founder Nick Miller, the company’s COO, conceived of the idea on a last-minute trip to Nepal. The native New Zealanders booked their flights and hotels online, for a country they hadn’t stepped foot in, without any trouble. But just before their departure, Zeqiri realized he needed a haircut.

“I couldn’t find anything last-minute in my own city” he recalled.

The reason, Shedul’s co-founders discovered, was that software offerings for salons and spas are often expensive to purchase and difficult to use. As a result, the majority of businesses operate without any software at all: 52% of salons in the United States still manage their bookings with pen and paper.

With Shedul.com, gains in efficiency lead to greater customer retention and frequency, Miller explained. “We have merchants who have over 80% of their bookings made online by customers,” he said. “The convenience factor increases customer engagement and directly results in more revenue to the merchant.”

The Series-A investment was led by Dubai-based MEVP and backed by Dubai’s BECO Capital and San Francisco-based Lumia Capital. The new round of funding follows an earlier seed round also lead by MEVP.

Walid Mansour, Managing Partner at MEVP, is upbeat about the company’s potential “Shedul.com is a truly global success story, the growth they achieved in two years is remarkable. We’re thrilled to have led the Series A round.” he said.

Chris Rogers, Partner at Lumia Capital explained ”Shedul.com has made best-in-class software accessible to the massive beauty industry, which still largely operates offline. We are extremely impressed with the company’s growth trajectory and are delighted to invest in the team.”

Shedul’s founders remain tight-lipped about what’s next for the company but said they plan to use the funds from the recent round of financing to scale their operations and expand product development.