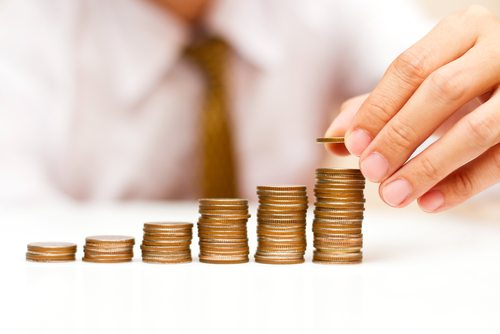 As we have seen in the UK, the concern of late has been higher than desired inflation. The Bank of England has a target of keeping inflation at 2 per cent, however the latest reading has it creeping up to almost 3 per cent.

Yet in many other parts of the developed world, including the US, Europe and especially Japan, the concern has been deflation, with its potential to blow out the real value of both government and private debt – the last thing that is needed for already heavily indebted nations, businesses and households.

Here in the UK, high inflation has contributed greatly to a spending freeze by both consumers and businesses alike. Households are seeing their everyday expenses rise quickly, at the same time that wages are either falling or stagnating, creating a budgetary black hole – which can only be filled by reduced spending.

Likewise businesses are seeing their costs rise alongside subdued demand for their products and services by consumers, reducing the amount of capital they have to reinvest into expanding their operations or take on additional staff.

However it is wrong to believe that inflation is solely a concern for businesses operating within the UK’s borders. Inflation data, as well as central bank efforts to control it, have a direct and substantial impact on imports and exports – due to the relationship it has with exchange rates.

As interest rates rise, so does the attractiveness of that country’s currency – in our case, Sterling rises as pound-denominated assets generate better yields. The opposite occurs when interest rates are cut, or stay subdued for long periods of time, as investors sell the currency and move their money to another currency offering better yields.

We only need look to the US to see a recent example of how inflation fits into this picture, thanks to US Federal Reserve chairman Ben Bernanke.

As summer arrived, sharemarkets fell and the US dollar had a meteoric rise on speculation that US quantitative easing (QE) would soon come to an end. However in early July, Bernanke said that inflation in the US – together with unemployment – would need to be brought into a much more comfortable range before stimulus measures could be wound down, which would take time to achieve.

This clarification caught the currency markets by surprise, leading to a sharp U-turn in the US dollar’s movements. This in turn caught many businesses off-guard when it came to their scheduled international payments.

As businesses already trading abroad will know, currency movements can greatly affect the price of imports and profitability from overseas sales. And with inflation so intertwined with exchange rates, it makes perfect sense for businesses trading internationally to keep an eye on inflation rates – not just in the UK but also in their target market – in order to determine the likely exchange rates they will be paying and accordingly plan the best course of action.

Doing so enables companies to better prepare their currency transfers for maximum profit or minimal loss. Knowing when inflation data is due to be released will help to identify short-term periods of volatility on the currency markets. Being aware of what the expected readings will be can help to determine whether it would be more beneficial to make the trade before the data is released, or after.

Furthermore, being aware of the policy implications of inflation figures will provide a rough guide of where a particular currency may be heading in the future, allowing a business to budget and plan ahead rather than work off whatever the going rate is at the time.

It is a fairly complex and cumbersome task to keep up-to-date with all this information, and to be able to comprehend the often unintelligible financial jargon used by central bankers and financial analysts alike. This is why so many firms, particularly SMEs which lack the manpower to continually monitor such data, outsource this monitoring to a currency specialist, who understands what is happening and can provide advice on how best to maximise the value of each and every trade.