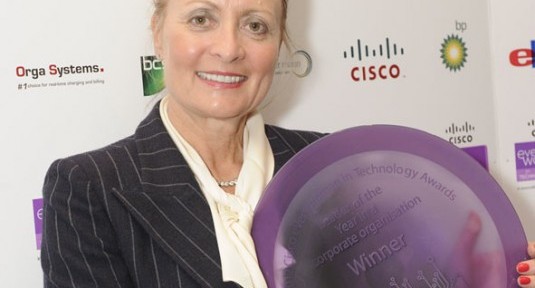 These inspirational women have been chosen by a panel of esteemed judges from the industry for demonstrating excellence within their field and acting as role models to future generations.

According to UK Trade & Investment, the IT sector in the UK is the largest in Europe and employs over a million people who contribute 10% of GDP. However, the misconception still exists that senior roles are an exclusively male domain. everywoman, the UK’s largest female business community, set up the everywoman in Technology Awards in 2011 to shine a light on the women excelling in IT and demonstrate to others the breadth and variety the sector offers.

The winners in the 2012 Cisco everywoman in Technology Awards are:

Team Leader of the Year in an SME (with under 500 employees) – Sponsored by BCS
Kirstin Duffield, CEO, Morning Data Limited

Commenting on the Cisco everywoman in Technology Awards, Maxine Benson MBE, co-founder of everywoman says: “The amazing women taking home awards today really highlight the diversity of opportunities that are available in the IT sector – whether within corporate organisations, charities or through setting up their own tech start-ups. As many women are re-evaluating their career choices, today’s inspirational winners show that anything is possible and that technology is an industry that embraces its female talent. We congratulate them on their achievements, and hope their success will encourage others into the sector.”

Maggie Berry, Managing Director of Women in Technology added “Women currently only make up less than 20% of the UK’s IT workforce so we are delighted to be working with everywoman again to uncover some of the hidden female talent in the UK’s technology profession through the 2012 awards programme. We want to actively champion the women who are already doing great work in this sector and who, through these awards, will become inspirational role models for a future generation of female technologists.”