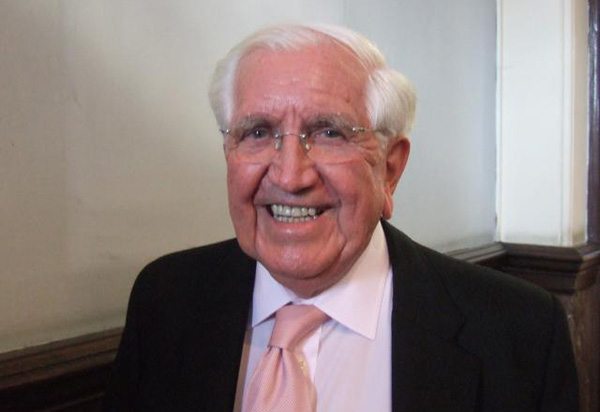 The Jack Petchey Foundation is the result of Jack’s vision to help young people to take advantage of opportunities and achieve their full potential.
Jack says “I care about young people and believe they can be inspired to get the best out of life whatever their situation or circumstances.  Young people get so much bad press, I want people to know about the good things they are doing.”

Since it was established in 1999 the Foundation has awarded over £35 million to support programmes through schools, youth clubs and youth initiatives that benefit young people aged 11-25 years in London and Essex.

The Foundation gives grants through different programmes including the Achievement and Leader Award Scheme, which is now established in over 1600 schools and youth organisations.  This represents the core programme of its work and the Foundation also gives awards through Projects Grants and Sponsorship.

Own academy
The biggest amount awarded so far has been to build the Petchey Academy in Hackney in London which opened in September last year.  When the school is full there will be 1200 students in the state of the art building.

Still a workaholic Jack is at his desk every day at his office in East London where he deals in share trading and has become one of the City’s most active and successful private dealers.

Jack’s working life has seen him through the car hire business, property, and time share and on the way he became a director of West Ham United football club, later resigning to buy Watford in1990 from Elton John.  It was an experience he was glad to have left behind him “It’s completely over-glamorised” he said.

The 50/50 man
Jack is amongst the top twelve givers to young people and education according to the Sunday Times Rich List.  His giving goes back to his roots and in his book, aptly named 50/50 Man, he talks about giving his children 50% towards something they wanted to buy but they would have to make up the difference.

The same rules apply for project funding by the Foundation. The awards scheme celebrates achievement by young people and their mentors and the funding is put back into schools, clubs and local projects.

In the early days Foundation support focused on the East End of London and West Essex.  Over the years it has spread itself into the whole of London and now Essex too, currently awarding in the region of £1 million a month.

Andrew Billington, Foundation Director says “Jack feels life has been good to him and he wants to give back to the community in which he has worked and lived”.

There is a commitment of £150 million to schools and youth programmes over the next decade.  Everything from scouts, guides and sea cadets to programmes for public speaking, dancing, entrepreneurial skills and study support have benefitted from his largesse.

Jack leaves a stunning legacy which is giving youth opportunities that might not otherwise be there and then celebrates positive images of young people and their activities.  It’s true what he says “If you think you can – you can”.  Jack doesn’t believe in luck, he calls it pluck.