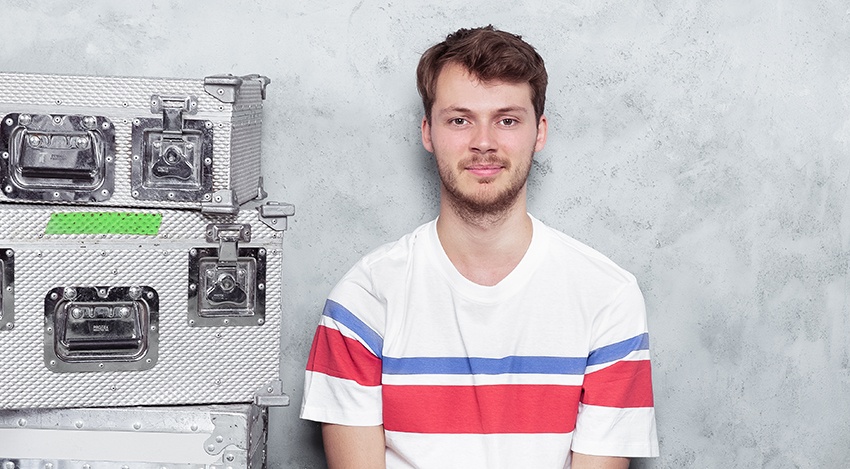 Rupert Rixon, the 23 year-old founder of Perspective Pictures, has been creating businesses since the age of 12.

Initially to help his parents who lost more than £150k in the Northern Rock crisis, he speaks to Business Matters about how he has gone from his parent’s shed with £50 in his bank account only two years ago, to growing the company to produce digital-first video for world leading brands including Rolls Royce and Google.

What do you currently do at Perspective Pictures?

Perspective Pictures is a digital-first video agency, based in Islington, North London. Our aim is to create the most interesting and cinematic stories for brands in the digital and social age.

What started out as a YouTube channel I created at 16 years-old, has since grown into an experienced team creating digital ads, documentaries, music videos, crowdfunding films, 360 videos, and commercial promos across the UK, Europe, North America, Asia, and North Africa.

I launched the company a little over two years ago and I’m so proud of where myself and the team around me have managed to take the company in that time. From its humble beginnings working out of a shed in my parents’ back garden, to producing awesome content for world leading brands like Rolls Royce, Google, Sony, UFC, Island Records, Red Bull, HSBC, Brewdog and the RAF is incredible.

Brands need to stop posting TV style video content online and expect people to engage with it. Instead they need to start working to produce more narrative-driven, well optimised and creative videos. Stop over-producing, stop ignoring the platforms, and make something rad.

Around 12 years-old, I hurt my back and had a few days off school, so I used this time to draw up plans for potential businesses. I discovered Nerf guns and spotted an opportunity to rent them out for kids’ parties.

My mum and I bought a load of these guns and to spread word about what we were doing I built a website and would make videos of them in action. This developed over time and I began to shoot short movies pretending the Nerf guns were real and this really took off. After putting the videos on YouTube they went viral, with some getting millions of views.

It was this that made me realise my passion for making films, so I focussed my attention on that side of things. I began making all kinds of movies, one of which involved myself and a couple of friends longboarding across the US – from LA to New York – for two and a half months.

I then took on another documentary project where myself and a friend hitchhiked from the top of India to the bottom in three weeks. It was the day after I got back from this trip that I decided to follow my passion full-time and launch Perspective Pictures.

Anyone that runs a business or has a creative talent. My parents, friends and colleagues. People that can teach me stuff that I don’t know and people who are good at what they do.

Be more ferrous with getting out and networking, have a ‘nothing to lose’ attitude and be a bigger risk taker.

Messing about and making everything fun, trying to build a culture that regulates itself as opposed to structurally pushing people too much. Getting people to do well because they want to, instead of making it all about money.

It’s important to choose a specific market and focus in on doing the best job possible in that area. For example, if you’re a video company and make it your niche to produce stuff for the telecoms market, you can build a foundation from there then expand, rather than trying to cover all areas at once.

Stories are impactful, so make sure the narrative behind what it is you’re doing is clear, concise and accessible to those people you’re telling. Most of the time the initial folks you’re pitching to for potential work – whether it be at a networking event or in another setting – won’t necessarily be the decision-maker, so they need to be drawn in by your story and be able to relay that to those above them.

In my view there isn’t really any one ‘key to success’, but ultimately, if you find something you enjoy, which is at least vaguely useful to wider society, and work hard to become really good at it, then sooner or later people will probably pay you for it. For me that’s always been my metric for success. If I get to enjoy my work at least 80% of the time, work with people I like and produce stuff I’m proud of, then I feel as though I’m successful.