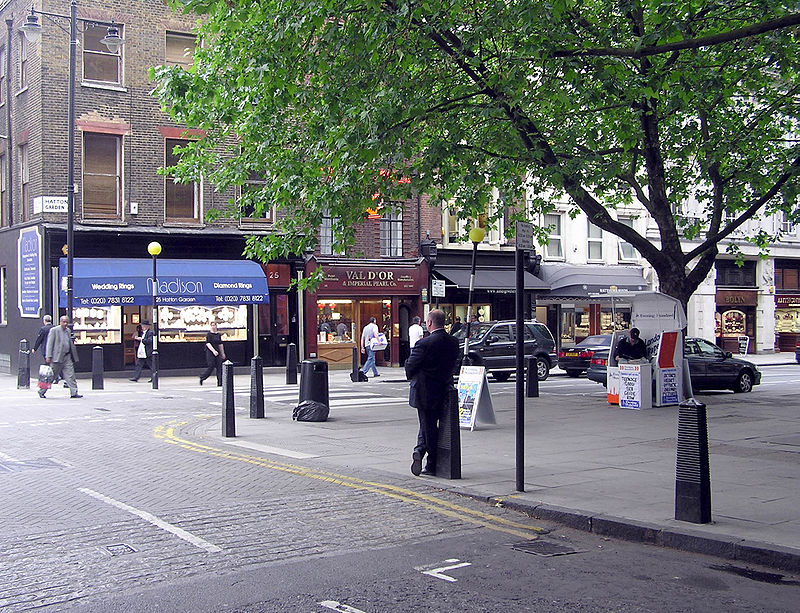 Rex Ekaireb, lives and works in London, UK and has, over the years and decades, built a reputable business and professional presence in the UK.

Rex has worked in various industries including jewellery, wholesale, manufacturing and most-recently, property. His constant passion for what he has always done shines through in everything he does, including one of his strongest interests and pursuits; the charity sector, both in the UK and around the world.

Having established himself in chartered accountancy, Rex saw an opportunity in the jewellery market and so naturally, his attention was piqued by the roaring trade in London’s famous Hatton Garden jewellery district. In 1982, Rex, along with his brothers in-law, determined to carve a business out of the jewellery industry, set up a jewellery business, selling wholesale into the UK market.

Such was his nous and flair for business, Rex Ekaireb, along with his family members grew the jewellery business to a point where, by 1986, barely half a decade after setting up shop, it was big enough to be snapped up by a publicly-listed retail company in the UK.

Although his brothers in-law and business partners left the ‘Ekaireb business,’ Rex stayed on, joining the board of the public company which acquired the jewellery business.

He continued his ascent in business with the jewellery business, now with the board of the publicly listed company and grew the company yet further. One of Ekaireb’s biggest achievements in the jewellery company was becoming not only a hugely successful Hatton Garden trader, but one of the most successful.

Using his business and accountancy acumen, Rex very wisely advised the board of the listed company to start acquiring further jewellery retailers and shops. This allowed Ekaireb and the company with which he was so closely working to acquire the premises of otherwise very captive audiences. This was also a very logical way in which he could sell the wholesale products to a wider and increased client-base for the retail business.

Such was the growth and success of the jewellery company by the time that Rex Ekaireb left it around 1989-90, (the same year in which Ekaireb went into jewellery manufacturing in Hatton Garden) that it became one of the largest sellers of wedding rings to Argos after just a few further years. At a time where Argos catalogues were massively popular and one of the most sought-after retail features, Rex Ekaireb and his company were, in effect, the go-to jewellery manufacturer of wedding rings in Hatton Garden, no small feat.

Having made the transition from jewellery and retail into property around 1999, Rex Ekaireb and his family bought up various investment properties, which have allowed him over the decades to give many tens of thousands of pounds to charities across the world. From working with the United Nations (UN) in Europe to assist political prisoners, to helping vulnerable and orphaned children get a chance in life, Rex Ekaireb continues, to this day to dedicate much of his wealth as well as his knowledge and drive to the global charity sector, some of his proudest work to date.