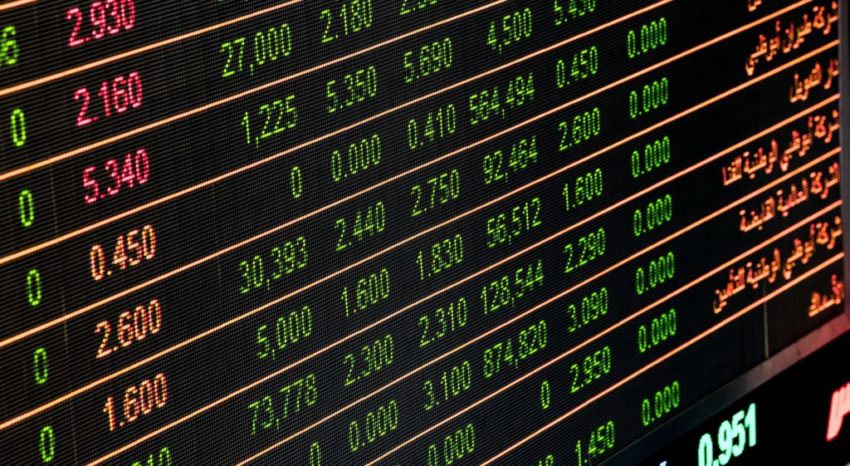 Even before the coronavirus pandemic hit the global economy, the prices of liquified natural gas (LNG) were tanking due to a warm winter and weak demand.

This comes at a time when commodity trading houses have been investing heavily in this commodity over the past few years. LNG as a commodity has been priced against various other commodities, but is this about to change?

According to Turab Musayev, the Head of LNG of SOCAR Trading, there is no simple answer to that question. Mr. Musayev has spent more than 13 years in commodities trading, working previously for Merrill Lynch and Macquarie Bank. He notes that as the prices of LNG plummet, we will have to wait until the dust has settled to see what the future holds for this commodity and the market participants.

Despite the signicant growth in demand, increase in LNG supply capacities shifted the market to over supply scenario in 2019. This is further expected to continue into foreseale future, with many market participants seeing 2022 as the last year of re-balancing.  Explanation of the LNG pricing dynamics lies in the economics of the demand & supply curves. LNG supply decisions are long term and typically have been done by large oil & gas players. As a result, LNG supply grew by 35 million tonnes in 2019 and expected to grow by additional 30 million tonnes in 2020. Based on this, one would conclude that global market for LNG suffers from weak demand…but….

The paradox is that while the industry complains about weak demand, more than 1 billion people around the world does not have access to electricity. Most of the times access to electricity is limited due to lack of power generation or lack of affordable base load fuel source. Nuclear is expensive, renewables are not base load (at least not yet!) and coal / fuel oil are less welcome due to high initial capex or environmental reasons. LNG to Gas or Power is the concept solution to bring environmentally friendly base load energy to fuel hungry parts of the world. It requires access to the sea (port location which can receive LNG carriers) and willingness by the Government officials to implement the project. These projects often would require Government commitment to off take electricity or gas volumes on a long-term basis at pre agreed pricing and capacity payment model.

All of these points make demand creation for LNG a complex process. LNG demand curve is driven by the availability (or more importantly lack!) of LNG import infrastructure. It is a step curve rather than linear line with predictable sensitivity to price. For example, until this day, there is not a single functioning LNG import terminal in Africa (except for Egypt, that used to import LNG but switched back to being an exporter); and not surprisingly big part of the 1 billion people who don’t have access to electricity are in Africa.

LNG as a Commodity

Trading houses revolutionized the way oil was traded back in the 1970s. Their advent into the oil market meant that the trading of oil cargos happened at a fast pace and with fewer complications. In recent years, these same trading houses turned their attention to LNG. It’s not just that they’re shifting their focus to trading in LNG, explains Turab Musayev, they are also investing in import terminals and tankers as part of their ambitious push to foster the growth of the LNG industry.

Natural gas has always been transported through pipelines. But that has limited both the production and market of that valuable commodity. However, recent regulations aiming to limit pollution on a global scale, coupled with technological advancements in LNG across the value chain, have steered the market towards a cleaner fuel with less impact on the environment. Since natural gas fit the bill, commodity traders looked for ways to expand the production and boost volumes.

From Pipeline to Ships

It’s worth noting that what started as two vessels carrying LNG in 1962 has grown into a fleet of over 500 tankers crisscrossing the oceans and carrying natural gas from its supply origins in the Middle East and Australia to the top destinations in Asia. Shipping of LNG, as opposed to the more traditional way of using pipelines to move it from point A to point B, became a solution for producers to commercialize vast gas reserves separated from main consumption markets by thousand kilometers. The temperature of the gas is brought down to minus 160 degrees Celsius at which point it turns into liquid. This makes it easy to transport on an ocean-going ship, says Turab Musayev.

This increase in the number of vessels reflects the growth in the LNG industry as a whole. By 2040, the LNG market is expected to reach 800 billion cubic meters annually. And while Japan remains the top importer of LNG in the world with about 83 percent of the cargos heading to its ports every year, Europe is also considering LNG as a strategic alternative that will reduce its reliance on Russian gas.

Still, compared to the large volume of crude oil which exceeds $2.3 trillion (before the impact of the COVID-19 pandemic), LNG is still in its infancy. It can only grow from here…

Looking past the current turmoil in the LNG market, it’s easy to see why Turab Musayev is confident about the future of LNG. New sources of production are coming up from diverse regions as far as the Russian Arctic, the Middle East, and the U.S. Gulf Coast. But increased production alone isn’t the only factor in LNG growth as an industry. Demand is also on the rise, especially from countries such as China whose recent endeavors to clean up its smog-filled air helped shift its imports to LNG as a substitute for the polluting oil fuel. In 2017 China became the second biggest importer of LNG (bypassing South Korea and 2nd only after Japan). Back then, Chinese annual LNG imports were 40 million tons. Very few people thought that China would import 56 million tons in 2018 and 64 million tons in 2019. By 2021 China is expected to become the biggest LNG buyer and reach a staggering 120 million tons of LNG imports by 2025. At present, natural gas makes up approximately 6% of the country’s total energy mix. However, according to China’s gas-to-power plan, natural gas market share in the country’s total energy mix will increase to 10% by 2020 and to 15% by 2030.

According to Turab Musayev, more demand is expected to come from other countries as well. But perhaps what makes LNG such a lucrative commodity to traders is the fact that its production prices have been going down over the years. This will reflect on its cost as well making LNG a more affordable alternative to coal and fuel oil years from now. In addition, technology has played a big role in reducing the production cost as terminals and floating production plants become high-tech.