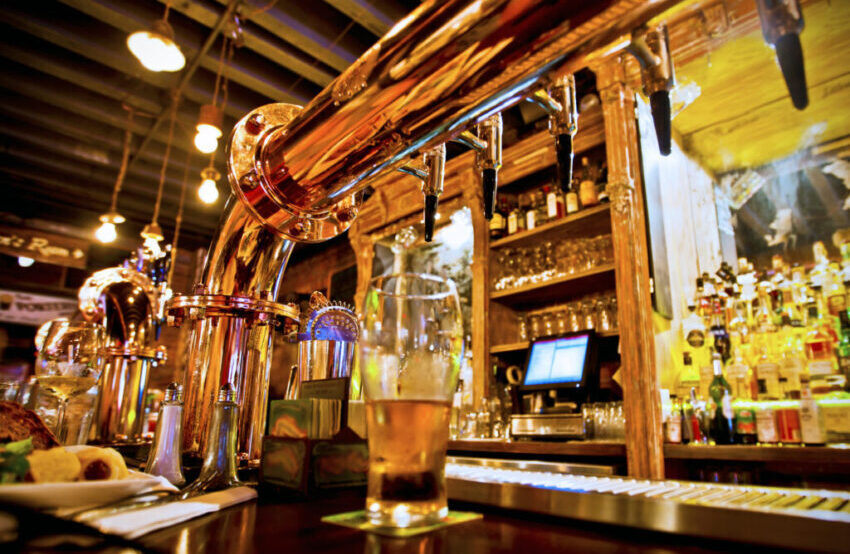 Thousands of local pubs are at risk of closure after alcohol was excluded from government measures aimed at stimulating the hospitality and leisure sectors across the UK, the industry has warned.

Restaurants, cafes, hotels and attractions such as zoos and cinemas all stand to gain from a six-month cut in VAT from 20% to 5%, which the government said would cost £4.1bn and help 150,000 businesses. The reduction in sales tax will apply to food, accommodation and attractions.

The chancellor, Rishi Sunak, also announced a £500m “eat out to help out” scheme in his summer statement on Wednesday, under which the government will fund a 50% discount on meals at participating businesses – at a maximum saving of £10 per head – between Monday and Wednesday during August.

Hospitality firms welcomed measures designed to shore up their finances and tempt consumers back to a sector that employs more than 3 million people, about 10% of the UK workforce.

But some in the struggling pub industry reacted with dismay after alcohol sales were excluded from VAT relief and the meal discount scheme.

About 64% of the UK’s 47,000 pubs are “wet-led”, according to 2019 figures from industry analysts CGA, meaning they make more money from alcohol than food.

Edward Anderson, who runs three pubs in Cheltenham, said he had been left “heartbroken” by the decision.

“It’s a disaster for me and for pubs up and down the country. If alcohol was included, I could have made a 50p margin on every pint,” he said.

“I’ve got a £50,000 rent debt and I would have had a chance of paying that off. We need to save pubs that are part of the community and to exclude them from any help is ridiculous.”

Greg Mulholland, the former pubs minister and chair of the Campaign for Pubs, said: “We urge the chancellor to think again, or we will see the closures of many valued pubs, including in his own constituency.”

The chief executive of the British Beer & Pub Association, Emma McClarkin, welcomed a measure she said would help pubs that focus on food or offer accommodation but predicted that “those who just serve beer may feel they are left wanting”.

The exclusion of alcohol sales also drew criticism from the pub chains Admiral Taverns and Greene King as well as James Calder, the chief executive of the Society of Independent Brewers.

Elsewhere in the hospitality sector, the VAT cut was greeted with relief.

Will Shu, the chief executive of restaurant takeaway service Deliveroo, said: “While restaurants may be able to open their doors again, without this new government support many would simply not survive while social distancing measures are in place.

“This tax cut will be an important lifeline for both small independents and high street family favourite restaurants.”

Hospitality firms also stand to gain from the eat out to help out scheme, measures to help fund apprenticeships, and a £1,000-per-worker wage subsidy for employers.

Kate Nicholls,the chief executive of UK Hospitality, said: “Even after the reopening of some venues, we estimate that around 1.5 million workers in our sector are still furloughed.

“With revenues likely to be down for the foreseeable future, the support measures to get workers off furlough and back into work will be greatly appreciated.”

The trade body stressed the industry was “not out of the woods yet”, warning that businesses would need help with looming rent bills for a period of more than three months when they had no income.

Some pundits have also expressed reservations about whether the public are ready to return to eating out.

The economics thinktank Niesr said it was “not clear that there is a shortage of demand that needs to be encouraged by a VAT cut and subsidised meals. The key issue for the sector is in meeting existing demand safely, and demand will not return to normal until it is safe.”

The British Tourist Authority said the measures would help the industry rebuild itself but that hotels, pubs and restaurants would need sustained visitor numbers.

“The key for success will be ensuring that we continue to attract domestic and international visitors through the autumn and extend the season,” said its chairman, the former Conservative transport minister Sir Patrick McLoughlin.

Richard Hurd-Wood, the chief executive of Virgin Experience Days, which specialises in days out given as gifts, said it was up to businesses to show they were able to keep customers safe.

“As the hospitality and tourism sector slowly begins to reopen, summer 2020 will be a fantastic opportunity to showcase the best of Britain and capitalise on the fresh impetus added by the latest economic statement,” he said.

“But businesses must be careful to reassure staff and consumers if they are to see sustained demand.”