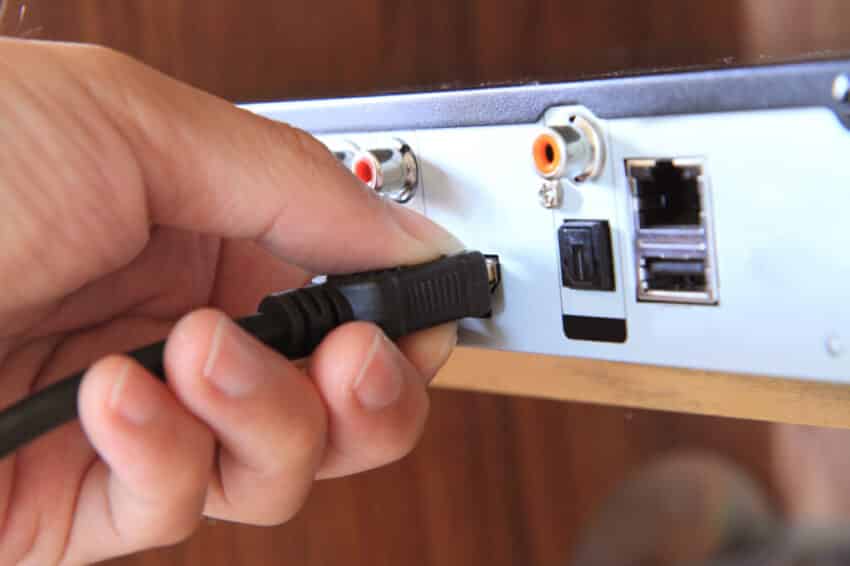 A high proportion of individuals took to gaming and went on to become seasoned gamers via the Sony PlayStation VR.

Sony’s PSVR has been specially and exclusively designed for pairing with PS4 and PS5. You’ll need to put on the headset over your head to connect with the PS game console for downloading and enjoying your favorite video games.

Your PSVR will be compatible with playing only VR-enabled games. But you never know when your virtual reality gaming session will be interrupted or suffer a setback owing to a display, audio, or tracking issue. More often than not, the problem could arise because of the HDMI cable or the micro-USB cable connecting the PlayStation with the VR headset (the processor unit).  The Sony PS4, unlike some VR headset brands, does not connect the headset with the game console or desktop wirelessly.

PlayStation 4 and PlayStation 5 instead use five distinct standard cables for completing the setup. You could accidentally or inadvertently damage the cable by unplugging it forcefully, which could strain the connectors. And a malfunctioning or faulty cable could cause a signal breakdown, eventually leading to loss of data transmission.

Simply put, a damaged HDMI, micro-USB, or aux cable could prevent you from immersing yourself in an engaging VR game. Once you’re sure that the problem is due to a faulty cable, your next step would be to look for replacements. Your Sony PSVR comes with five standard cables-two HDMI cables (one connecting the PS to the VR headset and the other connecting the headset with the TV), one Aux cable (links the PS to the PS camera), micro-USB linking the PS to the headset, and a power cord that plugs into an outlet for powering the headset).

Keep in mind that the HDMI cables are proprietary, i.e., they’re exclusively OEM-designed and can be replaced only by Sony. However, you can explore other options; many gamers whose PSVR system is out of order would be willing to sell their cables. You can also look for replacements on e-commerce sites such as Amazon and eBay.

Nevertheless, the best way out would be to get in touch with Sony’s customer service and see if you can get a free replacement. On the other hand, if you’re not eligible for a no-cost replacement, you’ll have to buy the cables which are quite expensive.

The REYTID dual USB charging cable serves as perfect replacements for the OEM charging cords for your PS4 or PS5. You can use the cable to power up both the PSVR headset and the PlayStation processor or controller unit. So this replacement cable from REYTID with two separate USB connectors works as a dual charging cable for charging both gadgets at the same time.

The cable is 1m long, and though it’s not an OEM product, its quality is as good as the original Sony cable.

The ZRM&E 2-Pack 3m PS4 USB Gamepad Charging Data Cable is another high-quality replacement option for your original PSVR micro-USB cable. This is a high-speed USB2.0 A male to micro B male PS4/PSV 2005/Xbox One charging data cable. The package contains two 2 x micro-USB charging cables-one for charging the PS4 and the other for charging the Xbox.

Both the cables have a combined length of 3m (approximately 10ftr) that offers you reasonable leeway in moving around while you’re playing. The cables are not only compatible with your Xbox and PS4 devices but also work with any Android-based smartphone, camera, MP3 player, or tab.

If you’re looking for an exact replacement for the damaged OEM AC/DC adapter-charger of your PSVR, then check out the Old Skool Adapter/Charger. Of course, you can place an order for the original Sony AC/DC adapter/charger, but it may burn a hole in your pocket. Therefore choosing this adapter from Old Skool makes practical sense as the product is very pocket-friendly and also remarkably performance-oriented.

This Old Skool Ac/Dc adapter works with all models of PlayStation VR and an ideal replacement for the PSVR processor unit. The adapter/charger cable is 7.5ft long (about 3m), which is more than enough for all your gaming needs and preferences. All you’ve to do is to plug in one end of the adapter into the VR processor and the other into an electrical outlet for getting started.

When it comes to replacing your faulty PSVR HDMI cable, the UVision HDMI cable is your best bet. The Seiki U-Vision 4K HDMI cable works as the best replacement for the original PSVR HDMI cable, offering unmatched video graphics improvement. You’ll have an immersive gaming experience, thanks to minimal cable audio/video latency. The restitution of curves and lines across the background perimeter leads to boosted video quality, user interface, and menus

This 6ft AmazonBasics High-Speed male-to-male HDMI Cable lets you pair up your PSVR with an HDTV, monitor, or projector. This HDMI cable does away with the need for an additional Ethernet cable for sharing your internet connection with all your digital devices. The cable complies with the most up-to-date HDMI standards (4K video at 30Hz, 2160p, 48-bit/px color depth) supporting bandwidth up to 18Gbps.

At the same time, this HDMI cable from AmazonBasics is backward compatible with previous versions.