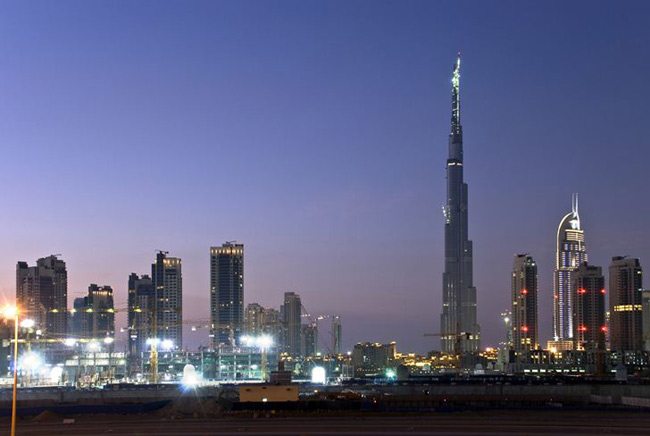 Efforts to reopen the Middle East have been stymied by a fresh spike in coronavirus cases, with caseloads surging alarmingly in a number of countries.

Perhaps most worryingly, Iran—one of the first countries affected by the pandemic, and one of the hardest-hit—is now bracing for a second wave of cases which could surpass the first. As the region faces this second onslaught, it’s becoming ever clearer which Middle Eastern countries, most notably the UAE, have responded effectively to the public health crisis and which—such as Iran and Qatar—have left themselves vulnerable to the virus’s return.

The UAE’s response to the pandemic is undoubtedly the region’s success story, especially since the country appeared to be in a particularly vulnerable epidemiological position at the outset of the pandemic. For one thing, the UAE is a major global transportation hub. Its two major airlines, Emirates and Etihadtogether carried nearly 77 million people in 2018—a remarkable figure given that the population of the UAE itself is less than 10 million. What’s more, 87% of the country’s population is urbanized, with most living in major cities like Dubai, Abu Dhabi, and Sharjah.

Despite these risk factors, the UAE has proven extremely effective in stemming the spread of the SARS-CoV-2 virus. According to Johns Hopkins University, the UAE has had just over 37,000 cases and only 273 deaths from COVID-19.

Much of this success is likely attributable to the UAE’s proactive commitment to testing for cases and tracking those found to be infected. Indeed, the country has carried out more Covid-19 tests than anywhere else in the world, with a particular focus on transport. As tens of thousands of resident workers from countries such as Pakistan sought to return home, for example, the UAE systematically tested them before allowing them to board repatriation flights. Emirates is exploring ways to apply this approach to its commercial routes as well, becoming the first airline to systematically test passengers on a flight to Tunisia in April.

With the epidemic under control in the UAE and residents progressively getting back to work, the country is now taking an active role in the worldwide fight against COVID-19. Together with the UK, the UAE is part of the Coronavirus Global Response partnership of countries being spearheaded by the European Union. This month, the country announced it would donate 500,000 testing kits, at a value of $10 million, to the World Health Organization (WHO) to assist in its global efforts.

The situation is decidedly less rosy across the Persian Gulf in Iran, where the government is continuing to lift its restrictions on movement and economic activity, with shops, schools, mosques, and border crossings all reopening in spite of the increase in cases. The harsh reality for the Islamic Republic is that it simply cannot afford to support the general public through an extended confinement. Sanctions have roiled the Iranian economy, with the IMF estimating a 7.6% contraction in GDP in 2019 after a 5.4% contraction the year before.

COVID-19 and ongoing tensions with Washington have all but ensured this year will be no better. According to IMF estimates, Iran’s economy will not only shrink a further 6% this year, but its debts will also grow to over a third of the country’s overall GDP. All this means that average Iranians, whose incomes have been slashed by inflation rates as high as 41% last year and who cannot count on their government for concrete assistance, are being forced back out into the economy to support themselves while the SARS-CoV-2 virus continues to spread.

It also begs the question, however, of whether the Iranian government – which famously hid the first signs of the COVID-19 epidemic within its borders – could have done things differently and protected both its fragile economy and the public. Certainly, greater transparency about the virus’s spread could have built up valuable trust with citizens, while the decision to go ahead with parliamentary elections in February allowed the virus to gain a foothold in the country.

If many of the problems with Iran’s coronavirus response can be chalked up to its dire economic straits, Qatar—one of the world’s wealthiest countries—doesn’t have that excuse. While the Gulf nation has trumpeted widespread testing and taken extreme measures like imposing $55,000 fines on those venturing outside without a face mask, it’s failed to protect the lives and livelihoods of some of its most vulnerable residents.

Specifically, the migrant workers which make up the lion’s share of Qatar’s labour force have been left destitute and at great risk of catching the coronavirus. A government directive in mid-April allowed companies affected by the coronavirus to lay off their workers. It called on employers to continue providing food and accommodation to the furloughed employees, but in practise this has not been happening, forcing many of these workers to beg for food to survive.

The situation has been particularly grim in the Industrial Area on the outskirts of Doha, where hundreds of thousands of workers are housed in overcrowded dormitories. In a move which has alarmed human rights groups, Qatari officials set up a strict cordon sanitaire around the industrial zone, preventing the workers from leaving for any reason including seeking out medical care. The cordon may have lowered the risk of Qatar’s elite catching the coronavirus, but it drastically increased the risk for the workers trapped in cramped barracks with limited ventilation and poor sanitation.

The sharp contrast between these three Middle Eastern countries’ responses to the coronavirus pandemic shows just how much of a difference a proactive approach can make. Countries which have established aggressive testing and contact tracing programmes, like the UAE, have built the infrastructure to avoid a punishing second wave. The missteps which Iran and Qatar made in handling the first wave, meanwhile, leave them particularly vulnerable to the spike in cases they are now seeing.