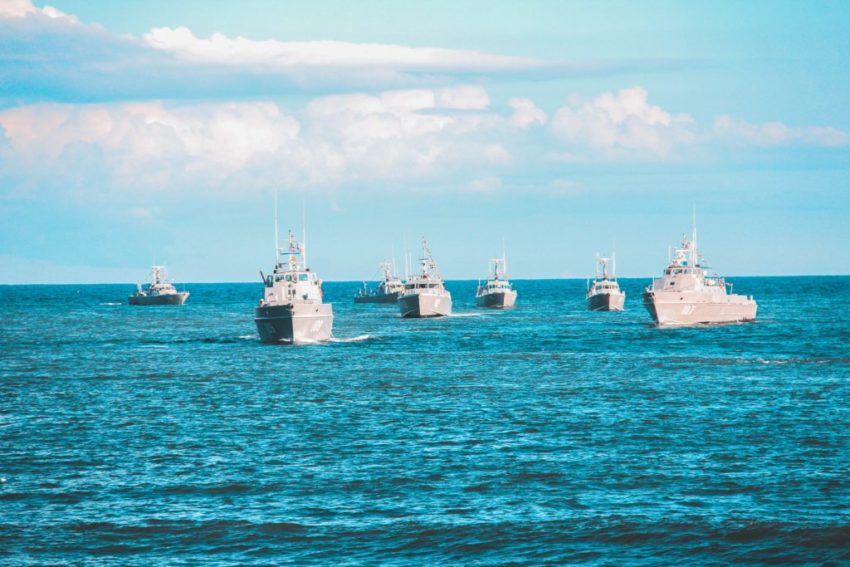 As submarine programs and technology have steadily increased in complexity, the number of industrial firms which are able to handle an entire sub program, from A to Z (50 or 60 odd years, from design to retirement), have dropped sharply.

French shipyard Naval Group achieves record sales across the world, as several navies around the world are called to renew their fleets. Behind the success, lies not only technological advance, but also a certain way of doing business. Tech isn’t all it takes to win strategic deals. In addition to supplying its own Navy, French shipyard Naval Group is being increasingly solicited by foreign countries, in their submarine-replacement programs.

India is nearing the end of the production phase, in the 6-strong fleet it ordered from Naval Group, as reported by Defense journalist Pradip Sagar: “INS Kalveri, the first Scorpene was already inducted in 2017 while two other submarines—INS Khanderi and INS Karanj—are in the advanced stages to join the Navy fleet. The last two submarines—INS Vagir and INS Vagsheer—are in advanced stages of manufacturing on the assembly line at MDL. The contract to build six submarines in India was signed in 2006 between the French firm Naval Group, formerly known as DCNS, and Mazgaon Dock Limited under Indian Navy’s $3 billion Project-75.” Naval Group was also chosen this year to supply Australia with a new fleet, as well as for Brazil. A success to be credited not only to technology, but also to the very specific industrial cooperation model implemented by the French manufacturer.

Indeed, submarine programs are immensely complex and will require many different partners to work together in very tight coordination. Misunderstandings and cultural glitches can be as many grains of sand in the complex machinery set in motion, to deliver the ships properly and on time. Defense specialist Pierre Tran writes: “The aim is to develop a common working culture built from Australia and France, allowing these submarines to be built on time and on budget”.

“Not everyone thinks like the French,” said Jean-Michel Billig, Naval Group program director for the Attack submarine. “We have to make a necessary effort to understand that an Australian does not think like a French person, and that it’s not better or worse, it’s just Australian. There is a need to organize the Attack program accordingly, he said. That includes translating French not just into English but Australian English.” Submarine programs are famous for overshooting their deadlines, which can have disastrous consequences on a country’s security – such as depriving them of defense capacities for years and leaving breaches in the walls. Espousing the client’s culture is therefore necessary to maintain an appropriate working atmosphere but isn’t sufficient.

Local partnerships, and how to spread the value

Additionally, substantial interaction between the shipyard and subcontractors gives Naval Group a double, or even triple, edge, while competing on bids. Submarine technology has now become so complex that no single firm could ever produce a ship alone: it will necessarily require subcontractors, and many of them.

Such interactions between independent companies can generate additional complications to an already-complex program, and derail construction. Naval Group’s extensive experience as an integrator is therefore a reassuring parameter for countries which may feel uneasy before committing such funds to a defense system.

Also, submarines usually range in the billions of euros and represent a sizable burden on the taxpayer. Involving local partners is therefore not only a recognition of their own industrial worth, but also a way for the purchasing government to rally political support, through the economic returns which can be expected from the deal.

Finally, the more suppliers are located on domestic soil, the more the client country will be protected from international pressure and disruptions in the maintenance of the submarine. In Brazil, Naval Group chose Itaguaí Construções Navais as a local partner, and Mazagon Dock Limited in Mumbai, India. It selected Royal IHC in the Netherlands for the Walrus replacement program bid, and it is currently selecting its local partners in Australia. By choosing to partner up with local shipyards, Naval Group positions itself as a sovereignty provider, more than as a submarine-selling company.

Submarines, more than ever, are game-changers, or queens on the strategic chessboard. But not only are such programs hellishly expensive, the number of available partners for such endeavors has been drastically reduced, over the years. By combining top technology, cultural consideration and crossed-interest partnerships, Naval Group puts itself in a solid position to get ahead – and stay ahead – of the competition.