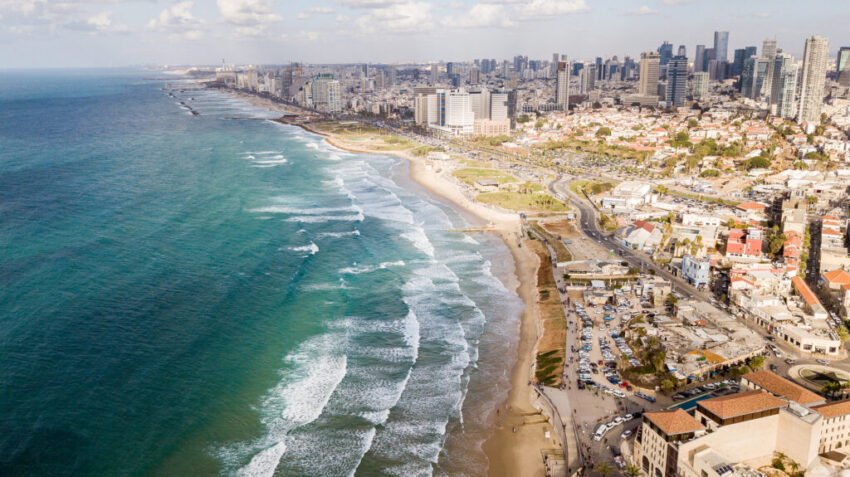 When it comes to the world of private intelligence and high-stakes competition between moguls, discretion is everything – clients want to know they have the right person in position to help them achieve their goals.

Joel Zamel, an Australian-Israeli entrepreneur, works with high-profile individuals and governments to help fight extremism and promote the interests of pro-Western governments. He is the well-connected individual to whom governments and billionaires turn for reputation and crisis management.

Zamel has recently shed more light on his current operations and has given himself a chance to comment on stories that relate to his previous work.

Kept under a tight lid, his firms work with high-profile individuals and governments to help fight extremism and support Western allies across the Middle East and Asia. Zamel serves as a trusted power-broker to facilitate special intelligence services and private media campaigns for high paying clients.

According to a management consulting firm that works with Zamel, his firms have specialist capabilities that serve to enhance the reach of not only government agencies, but increasingly private investors.  He is able to design information operations across a broad network of influencers around the world, for the sake of his clients, and to do so subtly and secretly.

Zamel is a founder and investor in a series of private firms, among them being Wikistrat – a geostrategic consultancy firm, White Knight Group – specializing in counter-extremism campaigns, and Agentis, which runs mass-media influence campaigns. His firms produce services that span crowdsourced intelligence analysis, expert wargaming, influence and social media campaigns, and crisis management. That said, he is also increasingly engaged in the world of private equity and an advocate for cryptocurrency.

He is selective with clients and will not work with those he deems as pursuing an agenda against the interests of Western civilization, though he tries to avoid this term. Naturally, due to the sensitivity of his work, information on his clients is rarely, if ever, publicly known.

Zamel understands that having a high-profile network is not enough to move the needle.  Across his companies, he has learnt that his true value lies in seeing how his networks are interconnected and how one client may benefit from the lessons of another.

This “network of networks” allows Zamel to see common problems across clients and untapped solutions to governments’ most strategic problems that his clients may not appreciate because of either psychological gaps, or bureaucratic and cultural limitations.

While previously shying away from the media, Zamel has become more willing to speak publicly as he recognizes that there is increasing talk online about his activities. Zamel is above all a pragmatist and realist, acknowledging that growing US-China competition and inevitable de-globalization present the most pertinent risks to global security. He also warns of the excessive printing of money and an age of irresponsibility that permeates today’s culture – from central banks, to modern parenting, and the welfare state. Understanding these seismic shifts in global political and social trends, Zamel predicts a transformation through the 2020s is likely, one where those who hide from pain will be punished, and those who take responsibility will be given an opportunity to thrive.

From 2014 to 2018, Zamel invested in Psy-Group, an international firm he had set up that employed former Israeli intelligence officers and used public data to help clients.  Correcting media reports, he explains he was not a manager of the company, but he did found the company.

The New Yorker published a detailed story about the firm and its operations, calling it a “Private Mossad for Hire.” That title of course only underscores Zamel’s capabilities and discretion.

While Zamel has been the focus of reports claiming he sought to assist the Trump campaign leading up to the 2016 elections and was even influential in Trump’s victory, it would, of course, be another feather in his cap of achievements – but this has never been proven. While ultimately drawing no conclusions that he and his associates aided the president’s campaign, the Mueller inquiry shone a light on Zamel’s companies and influence, underscoring his role as a political and business heavyweight.

Building on his success in other areas unrelated to US politics, Zamel’s company, Wikistrat, now operates a global network of the world’s top subject-matter experts to assist decision-makers by solving complex challenges for corporate and government clients.

Wikistrat does this by providing war-game simulations for high-level Western government departments, for example. This helps with understanding what the future holds and assists in dealing with crisis management. War game and role-playing exercises can instantly reveal how government or business leaders would respond to an extreme event. Wikistrat’s unique approach helps to reframe and improve policy responses and reassures a company’s customers, investors and board that the organization can survive a crisis.

Wikistrat also brings together industry experts and outsiders to identify black swans, avoid strategic surprises, and to come up with solutions at a far more comprehensive level than other firms. These crowd-sourced simulations are favored by the US Department of Defense and other government agencies.

When running Psy-Group, Zamel cultivated a close advisory team of 30 well-known former senior government officials that served at the highest levels of government in the U.S., UK, and the Middle East. His company also managed to bring on board Ram Ben-Barak, a former deputy director of the Mossad.

His contacts include Erik Prince, an ex-U.S. Navy SEAL and founder of the private security firm formerly known as Blackwater, who then introduced Zamel to Donald Trump Jr. in 2016. According to the New York Times, the purpose of the meeting was “primarily to offer help to the Trump team, and it forged relationships between the men and Trump insiders that would develop over the coming months, past the election and well into President Trump’s first year in office.”

Zamel has also cultivated relationships with not only prominent officials as they finish government service, but also a community of private intelligence firms – each with their areas of specialization, as well as people with reach. In this category he includes the owners of media publications, social media networks, online influencers, directors of policy institutes and think tanks, and business executives. The iceberg that is the private intelligence industry appears to be far deeper than most would believe. Whilst most clients seek solutions to a crisis, Zamel has established that all engagement fall into one of four categories: intelligence, operations, technology or access. Zamel’s work seems to echo that of Niall Ferguson’s research on Henry Kissinger’s network on how best to leverage personal contacts for promoting political interests in the hallways of power.

Given his under the radar style approach, Zamel relies on his broad network of high-end business people to continue to refer their fellow billionaires to him and his companies. Since they all need someone they can trust, word of mouth referrals apparently spread rapidly.

The future for Zamel lies increasingly in Asia, a growing bastion for high-end investors that are politically involved, care about aggressively promoting their agendas, and understand the potential for private intelligence capabilities.

As coronavirus places a question mark on economies and personal fortunes, Zamel has been called upon in recent months to navigate financial and reputational crises of family offices and hedge funds.

But he’ll refuse to provide any further description that may accidentally expose their identities. To Zamel, the art of network building and influence is discretion – without discretion his clients would not trust him to work on their most important agendas.