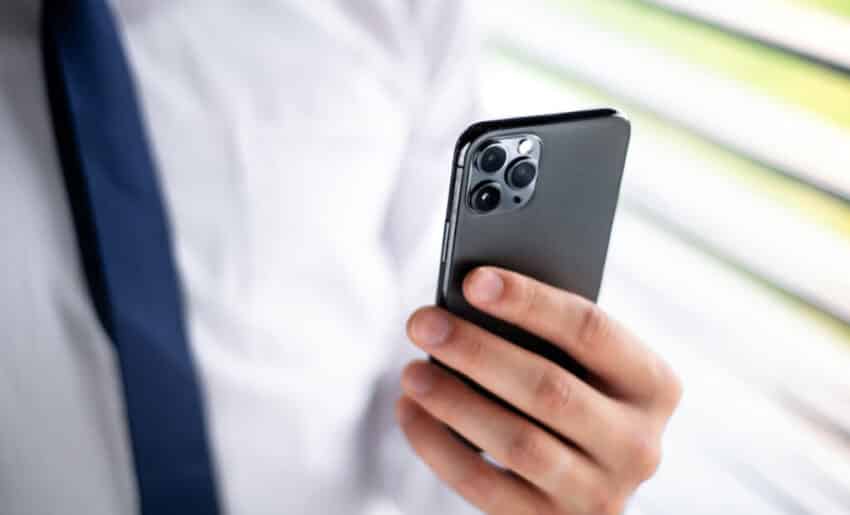 The successor to the iPhone XR, the iPhone 11’s selling point was definitely its cheaper price while maintaining the premium quality that we are used to.

Falling perfectly in line with the style and efficiency of the others in its family, the 11 proves to be another excellent handset from Apple.

The iPhone 11 series has a brilliant lightweight design. Staying true to Apple’s signature style of flashy and professional, this phone fits in beautifully. Sporting a stunning glass front and back but switching out the steel frame for aluminum instead. During some drops tests performed on this device, it was revealed that these phones may have wound up being the most robust model to date as it proved really quite hard to break; the cameras inside broke faster than the screens did.

Like many, the 11 series has removed the 3.5mm jack input, which is quite desirable as the recent surge in wireless listening devices has caused the jack to be somewhat obsolete. One thing that is certainly worth mentioning is the marked improvement to the resistance rating than previous phones. Sporting a resistance rating of IP68, they can survive completely submerged in water up to 2 meters for around 30 minutes; meaning you could take it for a swim and maybe even snap a few pics underwater in a pool or something but prolonged exposure, however, is strongly ill-advised.

Stunning and resilient, it would be something of a faux pas not to get your version of the 11 some protection; we recommend a case for the iPhone 11, iPhone 11 Pro, or iPhone 11 pro max.

The iPhone 11 colors are a better selection than some of the previous iterations, coming in white, black, green, yellow, purple, and red; a lovely selection.

Sporting a stunning 6.1-inch LCD screen, donning the name ‘Liquid Retina,’ you’ll still be viewing all your favorite shows on a decent screen where the calibration provides an experience that is clear, sharp, and bright. Whereas, the Pro variant sports a 5.8-inch Super Retina XDR OLED display, and the Pro max variant has a 6.5-inch one.

I found it particularly clear when watching films and shows, the screen picked up everything from the darker to the brighter aspects of what was being displayed. Even the LCD performed exceptionally well and did a more than an acceptable job; it really never makes you feel like you’re missing out on a top-quality screen.

The iPhone 11 also features a rear, dual-lens camera system, which includes a 12-megapixel wide-angle, and a 12-megapixel ultra-wide-angle, improved night mode, and a really impressive portrait mode.  The Pro and the Pro Max variant both feature a triple camera setup with 3x 12 megapixels, with dedicated Ultrawide, wide, and telephoto lenses.

While 12 megapixels may not seem particularly impressive up against other companies boasting camera specs with over 40 megapixels, the cameras still perform incredibly well and will produce high-quality photos ready to post on social media, although perhaps not to print at very big sizes. In addition, fewer pixels allow the camera to perform much better in low light which, combined with the improved night mode, makes the iPhone 11 a strong competitor against other phones on the market such as the Google Pixel 3.

The night mode in particular is also worth considering as it produces very crisp images, clean and clear both in the foreground and background of a photo. Moreover, it auto activates in low light conditions and automatically estimates how much time is needed to shoot with relation to the level of light, but even in auto mode users can adjust the timer to suit their particular shooting needs.

One of the features of the front-facing camera that blew me away was the portrait mode; it’s really, really good. Selecting your face out and applying a white or dark blank slate, seemingly, behind you, erasing the background. It was surprisingly sharp and far more effective than expected.

In terms of battery life, with the iPhone 11, Apple has done nothing but improve on the existing impressive stamina of its predecessor such as the iPhone XR. In low-use situations, even when considering music and video streaming, the iPhone 11 is reported to last around 27 hours, with the performance time going down to 14 hours in very high-use scenarios. In other words, it’s incredibly unlikely that you would be caught out having to charge your phone in the middle of your day. In addition, you can improve general battery life management by investing in a fast charger which can get an iPhone 11 from 0% battery to full in just under an hour.

As is common practice for later iPhones, the update to the iPhone 11 specs come partially in the form of its iOS14 update that has pushed its friendly user interface into a whole new level of smart and functional. Additionally, thanks to the A13 Bionic chipset, app speed, and gaming power have received a noticeable boost.

Although not the most powerful iPhone on the market, the iPhone 11 does not have to be and has strength in spades in its own way. Cheaper than, with a great camera, powerful chipset and amazing battery life, this phone is another masterpiece from Apple.

If you’re looking for a perfectly functional phone that performs in every way, then this is the one for you.