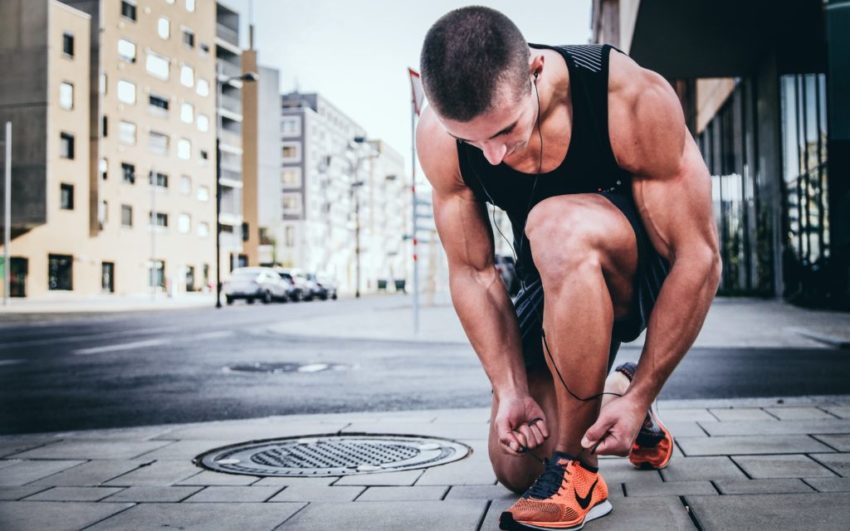 According to the Global Wellness Institute, the wellness industry is estimated to be worth a whopping $4.2 trillion (about £3.6 trillion).

The men’s health industry in particular has gained a lot of traction in the last few years. This is because companies are starting to put men’s health first, rather than deploying deceptive, insecurity-reinforcing marketing techniques that coerce men into buying products.

Forward-thinking brands like Numan are removing the stigmas around erectile dysfunction – a sensitive subject for a lot of men – by providing effective ED treatments via a supportive online platform. They encourage open and frank discussion around the topic of ED, and even have a knowledge platform called Numankind for those who want to learn more about ED, its causes, and how best to treat it.

But erections aren’t the only things growing in line with the men’s health industry. So is the awareness of men’s mental health – and the charities who diligently seek to improve it. One such charity is The Movember Foundation, a charity dedicated to “addressing some of the biggest health issues faced by men”, such as mental health problems, prostate cancer, and suicide.

Since its inception in 2003, it has raised more than AUD 730 million(about £412 million) to fund over 1,000 men’s health programs, and has witnessed the positive “shift in the conversation around men’s health”. Whereas men used to feel reluctant to open up about their mental health issues, now men are being actively encouraged to do so – and it seems to be having a truly positive impact on men’s lives.

Certainly, Tom Chapman (the founder of Lions Barber Collective – an international group of barbers who transform barbershops into safe spaces for men to talk about their mental issues) believes “people are opening up more instead of hiding; things are getting better”. According to Chapman, “men are starting to feel comfortable talking to one another about their worries”, and this is having a profoundly beneficial effect on men’s wellbeing.

The impact safe spaces like these have on men’s mental and physical health is not to be understated. In 2017, seventy-five percent of all suicides recorded in the UK were male. Continued support for the things that affect men the most – such as erectile dysfunction, depression, and prostate cancer – may help to reduce the number of male suicides in the future. Indeed, the recent changes in how men’s health is perceived and treated has already had an invaluable (and life-saving) impact on many men’s lives.

But increased awareness around the subject of mental health isn’t the only way the men’s health industry is changing. It is also trying to combat the influence of a phenomenon known as “toxic masculinity”.

In a nutshell, toxic masculinity is “the cultural ideal of manliness, where strength is everything while emotions are a weakness”. Under this model of masculinity, men are required to suppress their emotions and be sexually aggressive. If they fail to do so, they risk forfeiting their masculinity and being subject to ridicule.

Responding to the potent effect toxic masculinity has on contemporary western culture, men’s grooming company Gillette made an unprecedented marketing move. They created an advert that not only exposed it, but implored men to hold each other accountable for their “toxic” masculine behaviour.

But before Gillette’s bold move in 2019, men’s grooming brand Lynx launched their own “Find Your Magic” campaign in 2016 which was widely praised for challenging male stereotypes. Lynx’s marketing manager David Titman stated that the goal behind this campaign was to portray men as “multi-faceted” and “part of a society that is becoming more inclusive”.

The success of this campaign led to their 2017 “Men in Progress” campaign, which set out to find what it takes to be a “modern man”. It showed men talking frankly about a variety of topics – from the last time they cried to how they feel about their body – in an effort to shed light on what it means to be a man today. This is a far cry from its previous brand positioning, which was built on adverts that indirectly assured men that using Lynx would get them laid.

Lynx’s maturation from a relatively superficial brand (one that implicitly promised its product would lead to lots of sex) to one that places men’s wellbeing first shows that the men’s health industry is evolving to meet the needs of its consumers. The rise of companies like Numan are giving men the freedom to safely treat a condition that often causes profound distress. It is clear that now, men’s wellness is being prioritised more than it has been in the previous decade – and this shift in attitude is allowing men to lead healthier and happier lives.

Photo by Alexander Redl on Unsplash