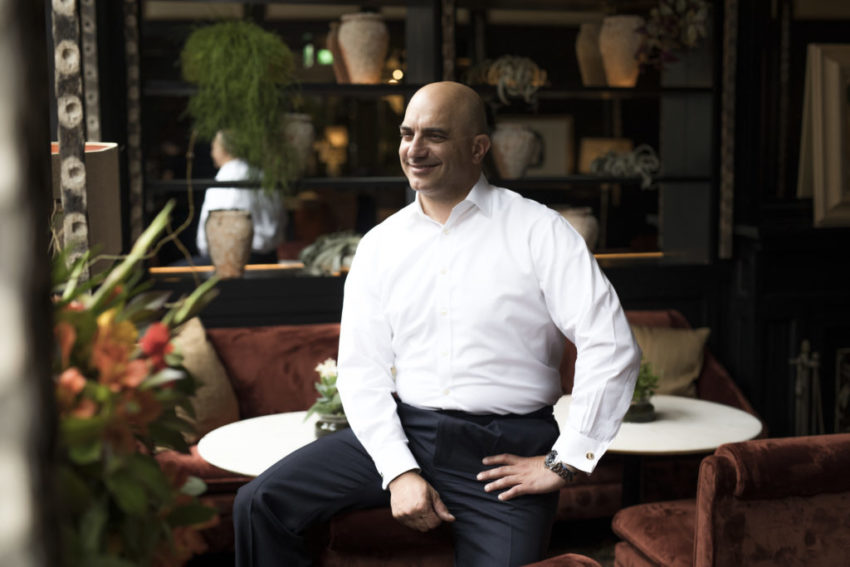 DEBRA, the national charity that supports individuals and families affected by Epidermolysis Bullosa (EB), has stepped up its fundraising drive to fight the rare but excruciatingly painful skin disease.

EB is a group of genetic skin conditions which cause the skin to blister and tear at the slightest touch. The skin is so fragile that painful open wounds and sores form where the skin is damaged – in some cases, internal linings and organs are also affected. Complications as a result of secondary infection and extensive scarring are factors that people living with EB often have to face.

In November 2018 DEBRA celebrated its 40th anniversary with a dinner at Buckingham Palace for major supporters hosted by its Royal Patron, HRH The Countess of Wessex. This dinner helped support a successful #Fight EB campaign, which raised over £300,000 on top of DEBRA’s usual fundraising activities. Included in this was the phenomenal support of Spiderman actor Tom Holland and his family charity, the Brothers Trust. Through one online raffle, they raised £44,000 for a photo of Tom Holland, which had been taken by James Dunn, an EB sufferer, who sadly passed away at the end of the campaign.

Working to a tight budget

When it comes to the numbers, DEBRA may be small, but in terms of research and quality of care, it certainly punches above its weight. The charity currently receives most of its income from an extensive network of shops – there are 130 shops located throughout the UK. In fact, amongst the charities that have shops, it is in the top 12 in terms of income, making over £2 million a year. Of that, £500,000 comes from gift aid alone. The rest is mainly made up of fundraising from individuals.

Nevertheless, the charity has to work to a tight budget. At present, the annual charitable spend is around £3 million, most of which is used for research. There are now 24 researchers funded by DEBRA. They are dedicated to improving understanding of the biology and genetics of the disease such as the nature of wound healing and the development of skin cancer, finding better treatments and prevention strategies, ultimately trying to find cures through gene, cell, drug or protein therapies.

Alongside this, DEBRA provides healthcare as well as practical support. Sufferers are generally covered in blisters which need lancing and treating daily. Many children have to take morphine and it can take up to four hours every morning and evening for parents to bandage them.  Not only that, the charity helps children cope with transitions in life, for example, when they go to school or university. 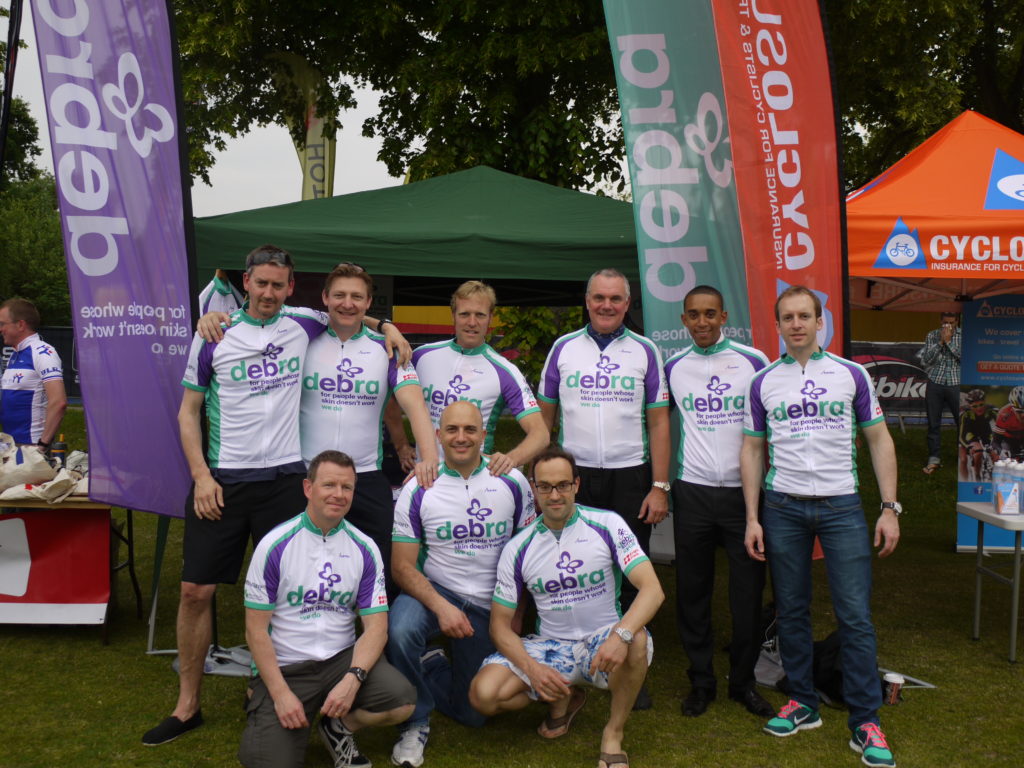 I am fortunate in that I have healthy children, but there are those who are not so lucky; their life is blighted by EB. When, in 2011, I first heard some of their stories, this became a cause very close to my heart. I knew I wanted to become involved. Ever since, I have thrown myself into a number of fundraising activities, and in some cases, major challenges.

For instance, between 2012 and 2015 I took part in the annual HotChillee London to Paris cycle ride, a 500km trip over three days arriving in Paris for the final Stage of the Tour de France. It involved months of training and fundraising, but in every sense, it was worth it and great fun too.

Another regular fundraising activity is through the DEBRA Shooting Society. Originally set up in 2004 by Richard Purdey, the then Chairman of James Purdey & Sons and supported by Daryl Greatrex, the managing director of Holland & Holland, (two of the world’s best known gun maker brands) the Society organises charity clay pigeon shooting events around the country. I usually take several teams to these events; either friends or work colleagues. They are well-run events and the charity raises over £75,000 every year from these alone. However, there are certainly plenty of other charity events too – golf, gala events and even a butterfly walk.

Yes, the fundraising is gathering momentum and DEBRA has made great strides in research and the care and support that it offers. But these are difficult times for charities, and we must continue to fight for those suffering from the pain and devastation that EB causes. There is plenty of work yet to be done.