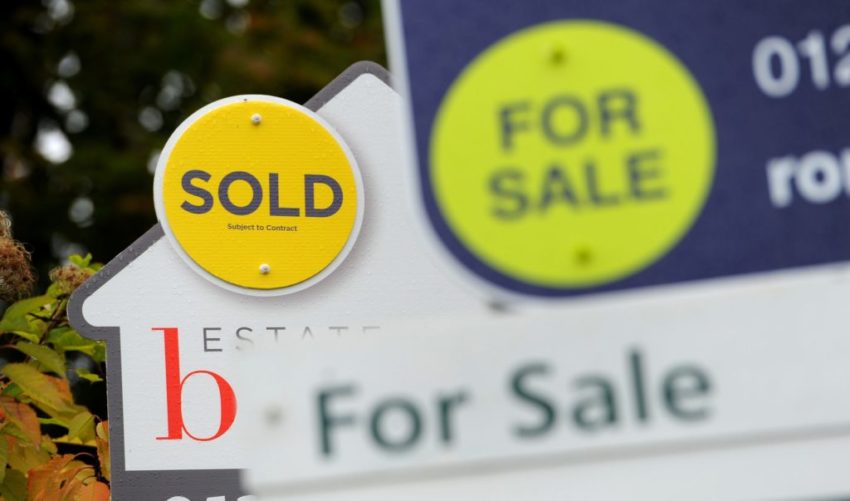 Ireland has experienced a housing crisis that has threatened to upend the economic progress the country has made in the last decade.

The current housing crisis could have lasting effects on the economy and social fabric of the country.

Developers, consumers and government officials were given a sliver of hope recently when the Central Statistics Office released findings that revealed housing prices may be stabilising across Ireland. David Grin, chairman of Dublin-based property financing and investment management firm Lotus Investment Group, explained that “property price stability is better for both the developer and the consumer.”

Ireland in the Grips of a Housing Crisis

For decades, the abundant supply of housing in Ireland has served as the foundation of the country’s economic stability and shaped the government’s social policies. Homeownership has long been the standard in Ireland, with the country once enjoying the highest levels of homeownership in the world.

The Irish economy was dealt a heavy blow during the global recession in 2008. During this period, real estate prices collapsed and many defaulted on their home loans. Homeownership fell from over 80 percent to below 70 percent. In addition, the number of households renting privately owned homes nearly doubled to around 20%.

During this time, construction and homebuilding ground to a halt and has since been slow to recover to pre-recession levels due to several factors including the increasing cost of construction. This has led to a general shortage of available housing, which has contributed to a sharp increase in the cost of housing.

As a way to tackle the housing crisis and to jumpstart homebuilding, the Irish government launched a Rebuilding Ireland action plan that set ambitious targets to double the annual level of residential construction to 25,000 homes and to deliver 47,000 units of social housing by 2021. That goal has yet to be achieved and the effects of the housing crisis continue to plague the Irish economy and society.

Strict Central Bank lending rules that were established to promote economic stability after the recession have compounded the difficulties faced by potential first time home buyers. The regulations cap mortgage loans at about 3.5 times the buyer’s annual income. With median home prices close to 5.6 times the average wage-earning of Irish citizens, this has effectively locked many out of the home buying market and young adults have been especially hard hit by the continuing housing crisis.

Without being able to qualify for a mortgage, many have turned to long term renting as a housing solution. A rise in demand for rental units has created a shortage of supply, fuelling a surge in rental prices across the country, most notably in urban areas. Dublin is now one of the world’s ten most expensive places to live.

According to the latest report issued by Daft.ie, the average rent in Dublin is now at €2,002, up 6.8% compared to the same time last year – marking the 31st consecutive quarter in a row with rent increases recorded in the capital. In addition, the number of units currently available to rent nationwide on 1 May dropped to 2,700 homes – the lowest recorded since 2006.

Forced to spend a large portion of income on rent, many are unable to save for a mortgage down payment to purchase a home in the future. In a cruel bit of irony, it now costs more to rent than to make monthly mortgage payments on average in most locations across Ireland. Daft.ie reported that a mortgage payment for a typical two-bedroom home in the city of Cork would cost an estimated €632 a month, while rental costs for the same property would likely be more than €1,100 a month.

A Surge in Homelessness Figures Nationwide

Those unable to pay these soaring rents face the very real possibility of eviction. Rising housing prices and a surge in evictions have led to a steady, sharp increase in homelessness since 2014. According to Focus Ireland, a non-profit organization working to prevent people from becoming, remaining or returning to homelessness, there were over 10,000 individuals reportedly homeless in June 2019. This figure includes over 3,600 children. Child homelessness in Ireland has increased 400% in five years. This phenomenon could potentially alter the Irish society for decades to come.

These numbers represent official figures, which strategically do not include people who might traditionally be considered homeless such as those doubling up with family or ‘couch-surfing’ with friends to avoid being on the streets or those sleeping rough. The real homelessness figures across Ireland is likely much higher than the official numbers reflect.

Stakeholders in the residential housing market received a token of good news this month as the Central Statistics Office released its Residential Property Price Index for June 2019, which reported a stabilisation of housing prices across the nation. According to the CSO, residential property prices rose by 2% nationwide in the year to June. This increase represents a six-year low and compares with a nearly 12% increase during the same period last year.

A recently reported abundance of new homes for sale on the market has likely contributed to a cooling of prices across the market. The CSO findings state that 4,920 new homes were completed between April and June. This is significant as property prices nationwide have increased by 83 percent since their lowest point in early 2013.

David Grin explained how these newly released figures will impact the market, “While many might have assumed that the previous strong property price inflation was good for developers, in reality, stability is good for both the consumer and the developer, as it enables both to plan better over a longer term”.

“Home ownership shouldn’t be speculative from a consumer’s perspective, it should simply be about having your own home,” he said. “Hopefully, the slowdown in house price inflation will lead to a corresponding slowdown in construction cost inflation,” he added.

The Banking & Payments Federation Ireland released encouraging figures showing mortgage drawdowns were up in the second quarter with over 10,000 drawdowns valued at €2,250m – an 8.8 percent increase in volume compared to this time last year. In addition, mortgage drawdowns increased by 10.8 percent to just over 5,000 for first-time homebuyers between April and June.

While there remains much work to be done to tackle Ireland’s housing shortage, rental price hike and a homelessness problem, market stability will enable better long-term planning for developers and government officials and will hopefully bring relief to consumers – the Irish people.