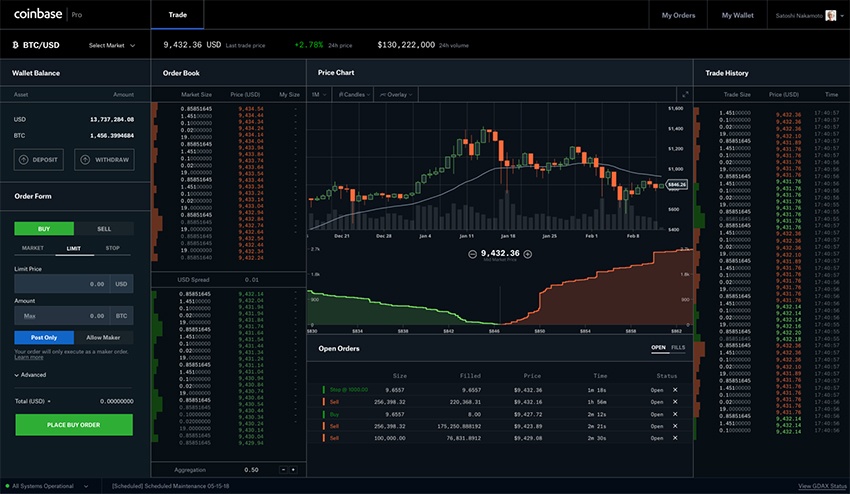 One of the world’s leading cryptocurrency exchanges has begun accepting deposits for its first Ethereum-based token.

Coinbase has added the 0x protocol token to its professional trading platform, Coinbase Pro. The move represents the platform’s first support for an ERC-20 token that operates on the Ethereum network. On 11thOctober, Coinbase confirmed that trading would only be permitted once sufficient liquidity was established within the Coinbase Pro exchange.

David Farmer, General Manager of Coinbase Pro, said in an official blog post that trading on 0x (ZRX) will begin on the ZRX/USD, ZRX/EUR and ZRX/BTC trading pairs from the outset. Farmer also revealed that while ZRX trading will be “accessible for users in most jurisdictions” that luxury will not extend to “residents of the state of New York” according to current plans.

From the outset, ZRX was made exclusively available to trade through Coinbase Pro, which is the crypto platform formerly known as GDAX. However, retail users of Coinbase and its iOS and Android apps can now buy and sell ZRX due to available liquidity.  As one would expect, the price of ZRX has pumped significantly since the announcement of Coinbase’s support. On the day of the announcement, the token soared by 31%.

In the spring, Coinbase alluded to plans to start supporting ERC-20 tokens. The exchange said in March that “after evaluating factors such as liquidity, price stability and other market health metrics”, the platform could “choose to add any ERC-20 asset” and provide support for Coinbase investors.

Coinbase has tightened its policy on listing new digital assets in the last 12 months after it was accused of insider trading following the botched launch of Bitcoin Cash (BCH). However, following an internal investigation, no irregularities were found to have occurred.

The cryptocurrency trading landscape has changed immeasurably for Coinbase in the last 12 months. The decline of more than 60% of the value of Bitcoin – a digital asset that Coinbase has steadfastly supported – resulted in a dramatic fall in its user base by as much as 80%.

Consequently, Coinbase has been working hard to innovate and expand its offerings, with the addition of ERC-20 tokens to trade viewed as a significant step forward and a chance for the platform to spread its wings.

What is the 0x Project?

The ZRX token represents the 0x Project – a non-profit organisation designed to allow blockchain developers to create their own decentralised cryptocurrency exchange and set their own transaction fees. Think of it as a Gumtree or Craigslist platform – a third-party that connects crypto traders without ever having to store tokens themselves.

The issue with most decentralised apps built by blockchain developers is that the user experience is often far clunkier than we are used to elsewhere in the world of tech.

That’s why the 0x Project is endeavouring to invest significant sums of money from the $24 million that its initial coin offering (ICO) raised to plug the UX gap. An ex-Facebook designer, Chris Kalani has been drafted in to overhaul the project’s APIs and the subsequent products developed on top of them, helping 0x to become a more approachable platform for blockchain developers to work with.