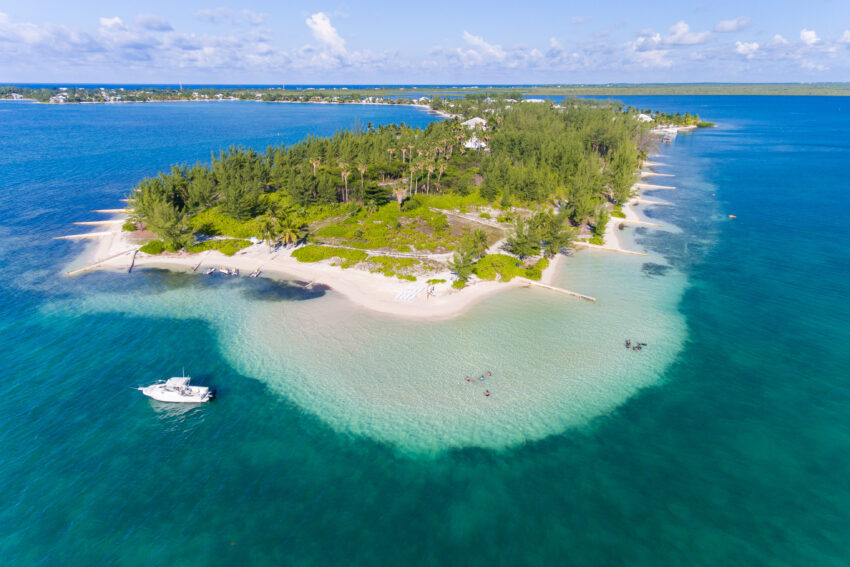 When André Ebanks, the Cayman Islands’ minister for financial services and commerce, travelled to London at the end of last month for the Joint Ministerial Council, his discussions with Overseas Territories Minister Amanda Milling and EU Commissioner for Financial Services Mairead McGuinness focused in large part on the Caymans’ efforts to tackle money laundering and other forms of financial malfeasance.

That should come as no surprise: with the Caymans regularly singled out as one of the world’s top destinations for tax evasion and money laundering, it’s still one of the territory’s most enduring diplomatic headaches, even after the EU removed the islands from its black list last year.

Just a few days before Ebanks’ trip to London, a ruling from the Grand Court of the Cayman Islands offered him a significant new example of progress in the Caymans’ handling of money laundering cases, all while marking the latest chapter of a dramatic Middle Eastern legal saga. In a landmark case for Cayman jurisprudence, a grand judge gave the green light to a pair of limited partners of an embattled investment fund to sue that fund’s manager over allegations of fraud for the first time.

From Kuwait to the Caymans

The case, brought forward by two major Kuwaiti institutional investors – the Kuwait Ports Authority (KPA) and the Public Institution for Social Security (PIFSS) – is part of a dazzling constellation of litigation involving actors not only from Kuwait and the Caymans, but also Dubai, the Philippines, Russia, and the US, as well as a star-studded roster of lobbyists.

Following the ruling by a Cayman Island grand judge earlier this month, the KPA and the PIFSS will be able to move forward with a suit against Mark Williams, who served as manager of Port Link and effective manager of the Port Fund (TPF), an international consortium registered in the Caymans.

Williams stands accused of fraudulent activities in relation to roughly $200 million owed to TPF’s Kuwaiti investors, with the plaintiffs arguing those funds were embezzled by Williams’ fellow Port Link Marsha Lazareva and Saeed Dashti. The legal drama surrounding the Port Fund stretches back to 2017, when proceeds from a project in the Philippines were frozen at Noor Bank in Dubai after being transferred into an account connected to Port Link.

The arrest of Lazareva and Dashti in 2017 made international headlines, particularly due to a high-intensity lobbying effort to obtain their release. While the recent Cayman Island ruling has proven less dramatic, the preliminary decision sets the stage for a full-fledged court case to proceed, in addition to constituting a benchmark in Cayman law.

Power to the (limited) partners

The crux of the judgement focused on clarifying and applying section 33(3) of the Exempted Limited Partnership Act (ELPA). As attorneys from the law firm Ogier explain, the ELPA provides limited partners with the option to “bring an action on behalf of an exempted limited partnership if any one or more of the general partners with authority to do so have, without cause, failed or refused to institute proceedings.” The section is meant to offer protection from partners who refuse to bring a claim that limited partners think would be in the interests of the partnership.

The Cayman court decision was prompted by the defendant’s request to make use of derivative claims as applied to companies, trusts, or foreign limited partnerships as a means of circumventing the ELPA. The Grand Judge dismissed the move for an exception, ruling section 33(3) leaves “no room for a case-by-case judge-led formulation of a common law or equitable test.”

In practical terms, this means KPA and PIFSS are now free to pursue their court case against Mark Williams.

In fighting that case, Williams will probably not be able to count on the same level of celebrity support his former colleagues received.

Previous chapters of the Port Fund saga gained notoriety on account of a massive lobbying campaign which sought to pressure the Kuwaiti government to drop charges against Lazareva and Dashti. Political personalities including Cherie Blair, Tatyana Yumasheva (the daughter of late Russian president Boris Yeltsin), and Neil Bush (son of George H.W. Bush and brother of George W. Bush) all got involved in quest to free Lazareva.

At the time, a number of news publications framed her arrest as an injustice against a US-educated woman CEO separated from her young son, while protests demanding her release were staged by PR companies. Even a former FBI director got involved. In the midst of this campaign, Neil Bush went as far as to compare the Kuwaiti justice system to the regime of Saddam Hussein, calling on then-president Donald Trump to intervene.

While this case is unlikely to attract a similar media blitz, it does represent an important milestone: namely, that a sovereign actor has demonstrated that it can successfully appeal to the Cayman Islands’ legal system in pursuit of hundreds of millions of dollars in public funds it maintains were embezzled.

If nothing else, this will bolster the ongoing efforts on the part of authorities in the Caymans to overcome their reputation as a haven for dubious international deals.