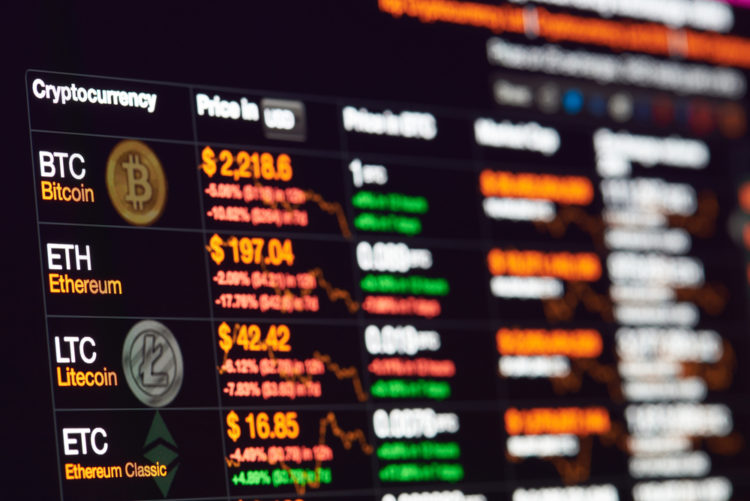 Cryptocurrencies remain below their earlier highs. But investors still hope for a turnaround, especially with Bitcoin.

Its current price is about $3,585 and down by 3.98%. But there are predictions that Bitcoin will reach as high as $50,000 in 2019. And the founder of McAfee antivirus software John McAfee predicts that Bitcoin price will hit $1 million by 2020.

So, despite crypto being plagued by volatility, many investors are holding on to their holdings, hoping to see a positive turn for the better.

A Bit of History Lesson

The first peer-to-peer, open source digital cryptocurrency, Bitcoin was developed and released by Satoshi Nakamoto in 2008. Contrary to popular belief, Nakamoto is not just one guy but a group of unknown independent programmers.

The currency uses blockchain, a distributed network public database technology used to issue, transact, and store Bitcoins. At its peak, Bitcoin surpassed its market cap of $138 billion, making it the most popular digital currency.

Due to its volatility, its price has gone up to amazing highs only to crash disappointingly low. This has been the case ever since. This makes buying Bitcoin online a move with no guarantees unless an investor can afford to hold on to their coins to wait out the next round of recovery.

Late Thursday afternoon, Bitcoin continued to lose ground which, according to entrepreneur and Bitcoin advocate Charles Shrem, is due to CME bitcoin futures expiring on Friday. Similar event has happened in the past.

But the fact remains that 2018 has been a difficult year for cryptocurrencies, not just Bitcoin. This is all thanks to a combination of shifting sentiment, market correction, and other external factors that bring prices down.

All digital currencies in the market are still in the red, with Bitcoin yet to recover from the slump. Currently, it is struggling to break over the $4,000 level but only succeeded at the $3,000 mark.

Recently, however, a big Bitcoin whale was spotted in the crypto verse, moving a tidal wave worth over $250 million from a very old Bitcoin address.

Such a move could have an effect on the digital currency’s value. This is why it was moved using another route instead of through normal trading platforms.

What do the experts predict for Bitcoin in 2019?

“We don’t believe the price will spend too much time below this barrier [$2,000] and will start to find renewed demand ahead of an eventual push back to the topside.”

He did say however that Bitcoin’s weakness will continue in the first half of the year of 2019 before the market finally stabilizes. Bitcoin could be trading back in the region between $5,000 and $8,000 in 2019.

CEO of CoinMetro Kevin Murcko, on the other hand, says Bitcoin will continue to remain the market leader in 2019 despite its technology being less sophisticated than some other projects.

It’s value, however, “will continue to be driven by a great deal of financial speculation.”

Quantatex Head of Trading Mitch Blakeway laid down the reasons behind the belief that Bitcoin will regain its strength in 2019.

The expected price levels that Bitcoin can reach in 2019 is around $12,000 as shown by a technical analysis based on logarithmic scale. Not only does this mean good news for many investors but also backs to claim that the digital currency will further grow in 2020.

“Based on the existence of important fundamental factors such as the launch of BAKKT ICE and NASDAQ futures, 2019 is expected to be positive for price dynamics.”

John McAfee could be right on the money with his prediction.

Harvard professor and ex IMF chief Kenneth Rogoff, however, predicts the opposite, saying that Bitcoin will shrink to $100. Then again, he’s always had disparaging remarks about the digital currency and is unlikely to change his opinion anytime soon.

With 2018 Bitcoin prices marked by volatility, however, many still tread carefully where Bitcoin is concerned. Despite positive predictions for 2019, history has a way of repeating itself.

But with Bitcoin’s many histories, it is hard to predict which history is going to repeat itself. For this reason, the cryptocurrency community should remain optimistic but expect more price fluctuations in the interim.