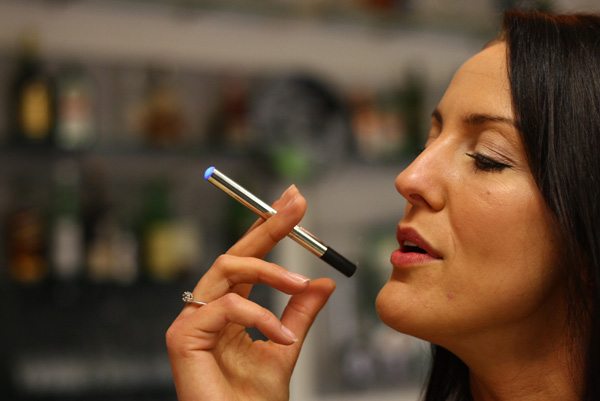 The widely expected uncertainty of Brexit will likely see many industries and sectors take a colossal hit economically, yet as history tells us, in times of global chaos, certain products seem to remain stagnant or even grow in stature and sales.

This is what many experts predict will happen to the nicotine market, with the e-cigarette and tobacco industries likely not to falter and instead prosper in the face of tumultuous times ahead.

We examine how this will happen, particularly with regard to the tobacco and financial crises of yesteryear. We also find out just why vaping is fast becoming one of the most burgeoning and trusted markets not only financially, but also from a health perspective that is advocated by PHE (Public Health England), NHS and Cancer Research as a viable and highly successful cessation to smoking.

Simply put, tobacco is the ultimate recession-proof product. Numerous recessions, including the Great Depression and the most recent 2008 global banking meltdown have seen tobacco products remain relatively untouched and able to survive under harsh economic conditions without even a shadow of a threat to their livelihood. U.S. stocks fell a whopping 27% between August 2007 and August 2010, yet tobacco stocks went unaffected.

According to Vape Club, the reason behind this is that tobacco provides a predictable dividend yield of approximately 4% or more, meaning tobacco companies are as safe as houses to invest in. This is rather strange however, as tobacco consumption faces a decrease every year. This is coupled with constant, growing activism and campaigning against the harm and deaths which tobacco causes from groups across the world. The way around this is that manufacturers administer a routine tax rise to smokers, whilst implementing a supplementary price increase on products consistently to atone for the unavoidable loss of sales annually.

This is why the tobacco industry remains the financial juggernaut it always has been, coupled with the rather undocumented Tobacco Masters Settlement Agreement. This is an arrangement wherein tobacco companies pay the US government a minimum of $206 billion over a 25 year period, in exchange for exemption from any lawsuits or tobacco-related healthcare costs.

Here in the UK, smoking costs the economy approximately around £11bn a year and the NHS around £2bn a year, yet somehow even though the government plans for the nation to be smoke-free by 2030, tobacco sales continually remain impassive. This shows no signs of slowing up, particularly with the PM’s alleged cosying up with tobacco firmsallowing them to go unpunished or decrease in stature to hit the 2030 target.

Vaping – Growing Yet Not Killing

The e-cigarette industry rose to prominence towards the tail end of the last decade, with clinical studies into the effects of vaping over the last few years all pointing in a positive direction when compared to smoking. The humble e-cigarette was in fact invented not that long ago, in 2003, by Chinese pharmacist Hon Lik, and since then the growth in sales and infrastructure of vaping has grown exponentially into a multi-billion dollar industry. Many tobacco companies are in fact buying into the vape game, possibly to minimise and control the effect it will have on tobacco products or possibly to cash in on what seems like an infallible product.

Of course there is plenty of anti-vaping activism and legislation, like in the US as evidenced by the San Francisco vape ban, yet in truth e-cigarettes remain the most successful cessation method for smokers looking to quit.

E-cigarette regulations in Europe are governed by the TPD (Tobacco Products Directive), which limit variables including vape tank capacities, nicotine concentrations, bottle sizes as well as a restriction on the advertising of vape products. The TPD has proven a success since its inception in May 2016, regulating the UK vape industry into a fully-fledged and safer market whose sole aim is to help smokers make the switch over. Many vaping enthusiasts, however, argue that the TPD regulations impede users whilst potentially reducing the increased growth of the industry.

Many e-liquid and hardware manufacturers, particularly in Asia, have to produce proprietary products just to become eligible for the EU market, which of course equates to expanded manufacturing costs. Once Brexit finally happens, the UK has already planned to revisit the TPD regulations and if they choose to abolish them, it could result in even further growth on a national and global scale. This could have its consequences however, particularly in terms of nicotine concentration and bottle sizes which are capped to reduce the risk of any harm being achieved.

Whether the government decides to dispose of the TPD regulations remains to be seen, yet as it is, the industry provides the economy with extensive capital to be pumped back into the system. This is akin to the tobacco industry, albeit without the majority of the negative connotations and statistics attached. There isn’t much need to disband the TPD and appease the vaping enthusiasts at the expense of safety, so why change a winning formula?

Nonetheless, a revision of tobacco control and regulations is crying out for retrospective action, especially with the rather unattainable 2030 target looming large. It seems the government will put all their eggs in one basket and expect the large majority of smokers to switch to vaping to achieve this ambition, yet if this is the case, a reconsideration of the TPD may have to be made to accommodate the huge burden of smokers on the economy and the NHS.

The jury is out on whether this could be a positive or negative move that results in a progressive outcome from a social and economic standpoint. One thing is for sure though, tobacco, and most probably e-cigarettes, won’t go up in smoke when Brexit finally comes about. Expect to see clouds on the horizon in the foreseeable future.

Jack Garofalo is a freelance writer who documents music, art and culture for a variety of outlets including Red Bull, TRENCH, Dazed and The Source. He enjoys playing sports, cooking obscure food and throwing sticks for his dog Squash.