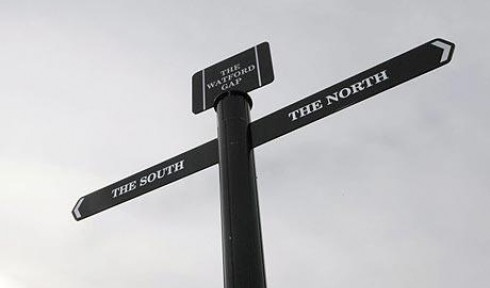 Keeping in touch with colleagues and customers via social networking sites and instant messaging was found to be particularly popular in the capital, where a quarter (24 per cent) of businesses said that this was essential.
The result came as no surprise, since London has the most Twitter users out of any city in the world. Demand for digital dialogue was lowest in Northern Ireland where just 6 per cent of businesses saw any benefit from using social networks and instant messaging services to stay in touch.
Although demand for online communication has surged in recent years, the study found that the desk phone is still seen as the most important comms channel in the north, with 71 per cent of businesses calling it critical. Face-to-face meetings come in second, with two-thirds (67 per cent) of companies saying that they believe that human contact matters the most.
The survey found that just 23 per cent of all businesses see mail as vital. Londoners were found to value the postal service least, with just 11 per cent saying that ‘snail mail’ was important to their business.
Regular visits from the postman were found to be prized most in Yorkshire, where 37 per cent of businesses called the daily delivery essential.
Andrew McGrath, commercial director of Virgin Media Business, who commissioned the survey of 5,000 businesses said, “The way in which we all communicate has changed beyond recognition over the last few years.
We now send dozens of emails, and text messages, post on Facebook walls, and tweet on a daily basis. In fact, many younger workers have never known a time when the rush to collect and send off the post was a daily ritual.”
“This transformation is particularly pronounced in the south, where many businesses are now almost entirely dependent on mobile phones and email, helping staff to keep in touch whilst on the go, enabling workers to respond to colleagues and customers a lot faster. However, our research shows that not all businesses are embracing these tools.
“As more and more businesses realise the benefits that this digital dialogue has to offer, I would not be surprised if this number increases rapidly. That said, it’s vital that organisations don’t completely dismiss traditional comms channels in favour of trendy online tools.
Companies must take a multi-channel approach to their communications, as this will allow them to build strong relationships through human contact, whilst benefiting from the mobility that modern tools allow,” concluded McGrath.